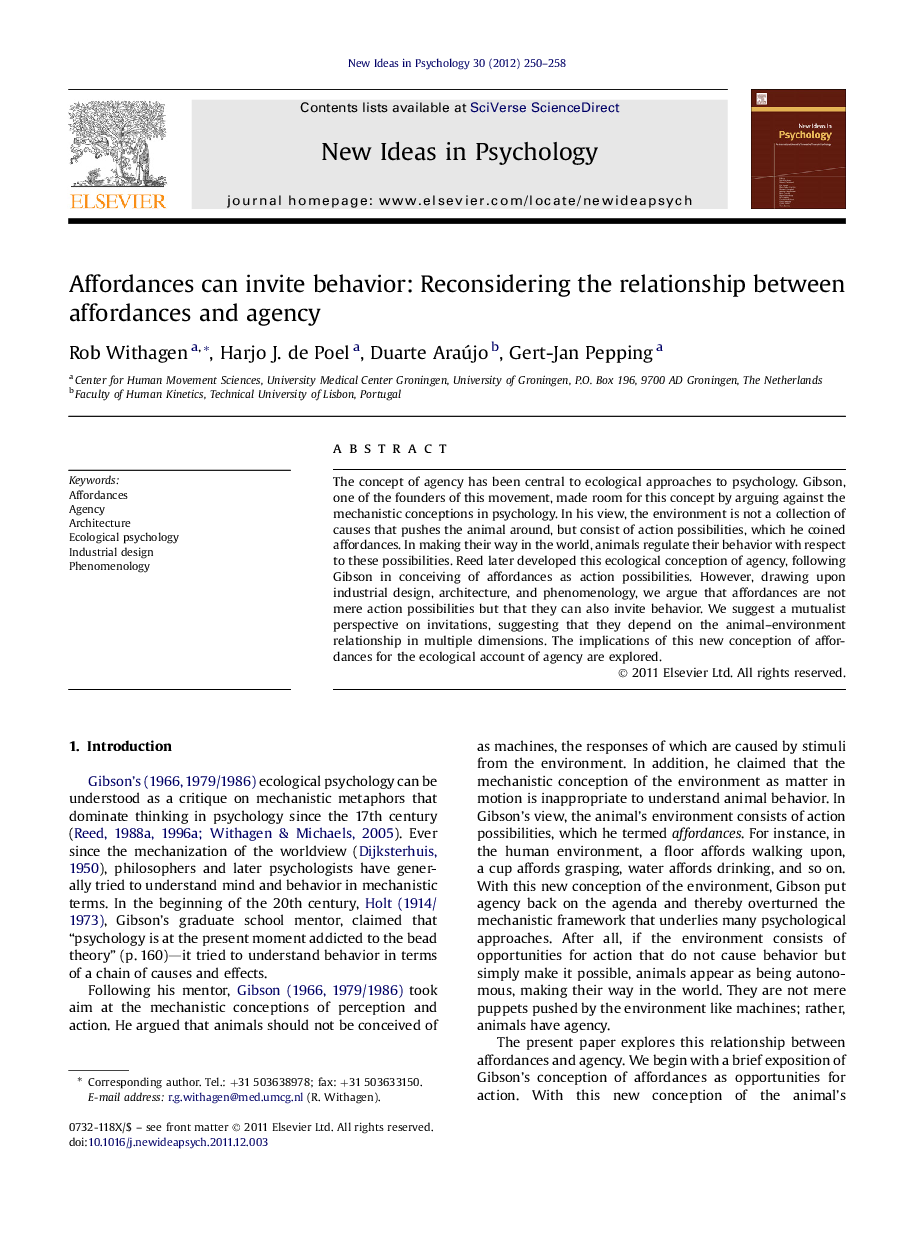 The concept of agency has been central to ecological approaches to psychology. Gibson, one of the founders of this movement, made room for this concept by arguing against the mechanistic conceptions in psychology. In his view, the environment is not a collection of causes that pushes the animal around, but consist of action possibilities, which he coined affordances. In making their way in the world, animals regulate their behavior with respect to these possibilities. Reed later developed this ecological conception of agency, following Gibson in conceiving of affordances as action possibilities. However, drawing upon industrial design, architecture, and phenomenology, we argue that affordances are not mere action possibilities but that they can also invite behavior. We suggest a mutualist perspective on invitations, suggesting that they depend on the animal–environment relationship in multiple dimensions. The implications of this new conception of affordances for the ecological account of agency are explored.