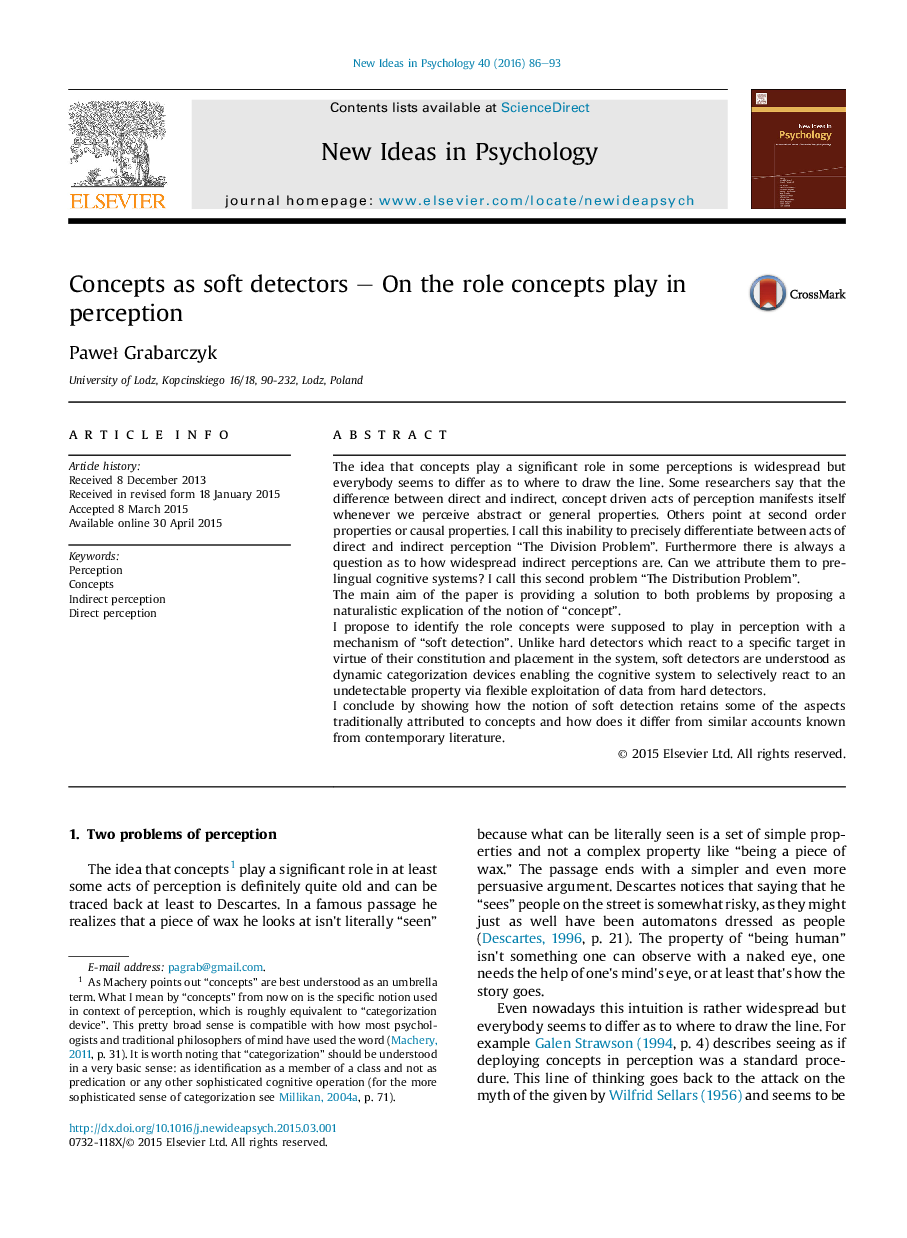 The idea that concepts play a significant role in some perceptions is widespread but everybody seems to differ as to where to draw the line. Some researchers say that the difference between direct and indirect, concept driven acts of perception manifests itself whenever we perceive abstract or general properties. Others point at second order properties or causal properties. I call this inability to precisely differentiate between acts of direct and indirect perception “The Division Problem”. Furthermore there is always a question as to how widespread indirect perceptions are. Can we attribute them to prelingual cognitive systems? I call this second problem “The Distribution Problem”.The main aim of the paper is providing a solution to both problems by proposing a naturalistic explication of the notion of “concept”.I propose to identify the role concepts were supposed to play in perception with a mechanism of “soft detection”. Unlike hard detectors which react to a specific target in virtue of their constitution and placement in the system, soft detectors are understood as dynamic categorization devices enabling the cognitive system to selectively react to an undetectable property via flexible exploitation of data from hard detectors.I conclude by showing how the notion of soft detection retains some of the aspects traditionally attributed to concepts and how does it differ from similar accounts known from contemporary literature.