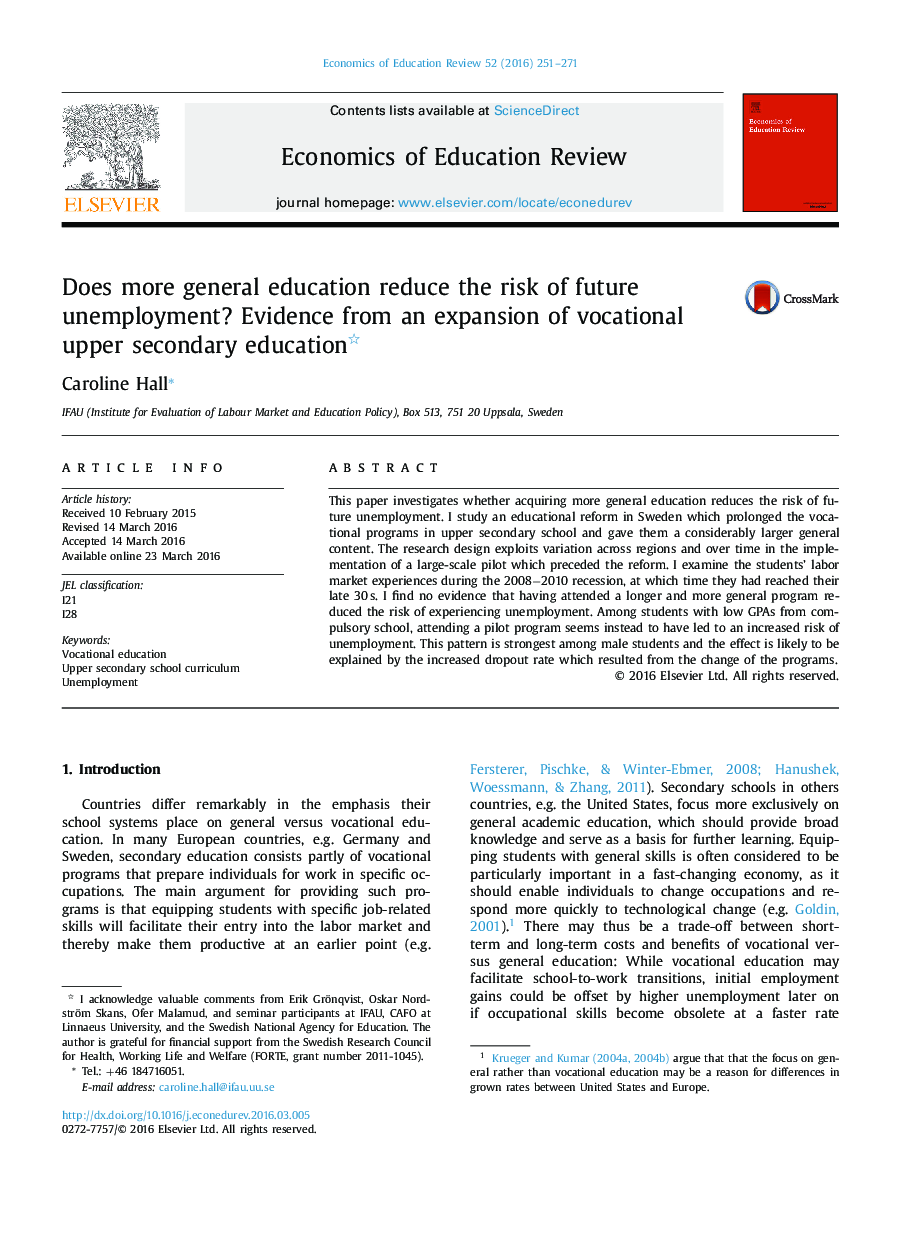 • I investigate if more general education reduces the risk of future unemployment.
• To establish causality I exploit a reform of Swedish vocational programs.
• I do not find that longer and more general programs reduced the unemployment risk.
• Weak students experienced more unemployment, possibly due to a higher dropout rate.

This paper investigates whether acquiring more general education reduces the risk of future unemployment. I study an educational reform in Sweden which prolonged the vocational programs in upper secondary school and gave them a considerably larger general content. The research design exploits variation across regions and over time in the implementation of a large-scale pilot which preceded the reform. I examine the students’ labor market experiences during the 2008−2010 recession, at which time they had reached their late 30 s. I find no evidence that having attended a longer and more general program reduced the risk of experiencing unemployment. Among students with low GPAs from compulsory school, attending a pilot program seems instead to have led to an increased risk of unemployment. This pattern is strongest among male students and the effect is likely to be explained by the increased dropout rate which resulted from the change of the programs.