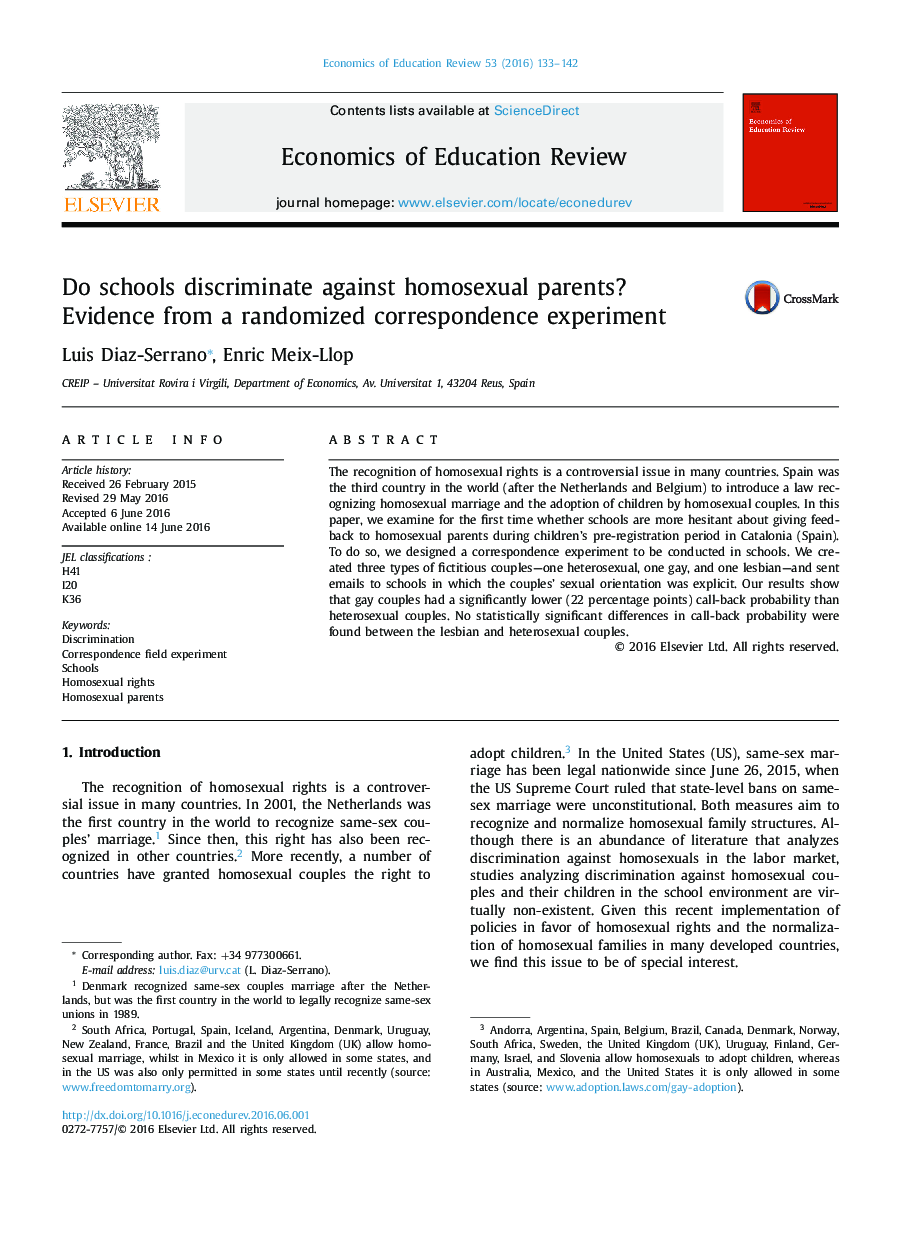 The recognition of homosexual rights is a controversial issue in many countries. Spain was the third country in the world (after the Netherlands and Belgium) to introduce a law recognizing homosexual marriage and the adoption of children by homosexual couples. In this paper, we examine for the first time whether schools are more hesitant about giving feedback to homosexual parents during children's pre-registration period in Catalonia (Spain). To do so, we designed a correspondence experiment to be conducted in schools. We created three types of fictitious couples—one heterosexual, one gay, and one lesbian—and sent emails to schools in which the couples’ sexual orientation was explicit. Our results show that gay couples had a significantly lower (22 percentage points) call-back probability than heterosexual couples. No statistically significant differences in call-back probability were found between the lesbian and heterosexual couples.