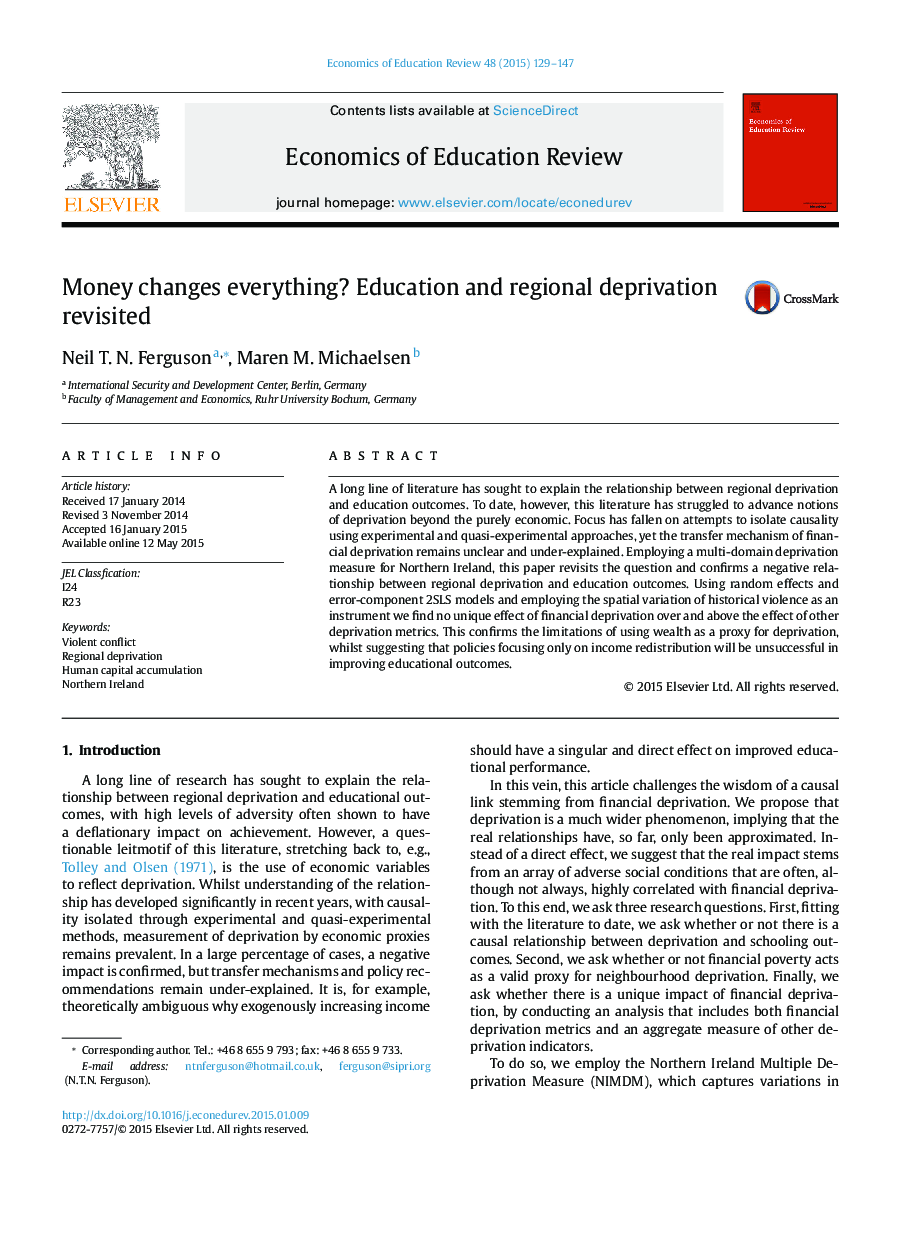 • We model the relationship between regional deprivation and primary school performance in Northern Ireland using standardised tests taken by all pupils at age 10.
• We use a wide-ranging deprivation metric, the Northern Ireland Multiple Deprivation Measure, to test both the role of deprivation in affecting outcomes and to challenge the conventional wisdom that financial deprivation plays a singular role in determining such outcomes.
• We construct a unique instrumental variable to deal with potential endogeneity of deprivation, which is based on a low-intensity historical conflict in Northern Ireland that nominally ended in 1994.
• Ceteris paribus, we show that high regional deprivation is associated with large, negative impacts on the performance of primary schools in those regions.
• Once the full array of sources of deprivation is accounted for there are no unique effects of financial poverty. Transmission effects come via the array of “social bads” in our deprivation measure, with only crime and post-14 education adversities having a singular impact.

A long line of literature has sought to explain the relationship between regional deprivation and education outcomes. To date, however, this literature has struggled to advance notions of deprivation beyond the purely economic. Focus has fallen on attempts to isolate causality using experimental and quasi-experimental approaches, yet the transfer mechanism of financial deprivation remains unclear and under-explained. Employing a multi-domain deprivation measure for Northern Ireland, this paper revisits the question and confirms a negative relationship between regional deprivation and education outcomes. Using random effects and error-component 2SLS models and employing the spatial variation of historical violence as an instrument we find no unique effect of financial deprivation over and above the effect of other deprivation metrics. This confirms the limitations of using wealth as a proxy for deprivation, whilst suggesting that policies focusing only on income redistribution will be unsuccessful in improving educational outcomes.