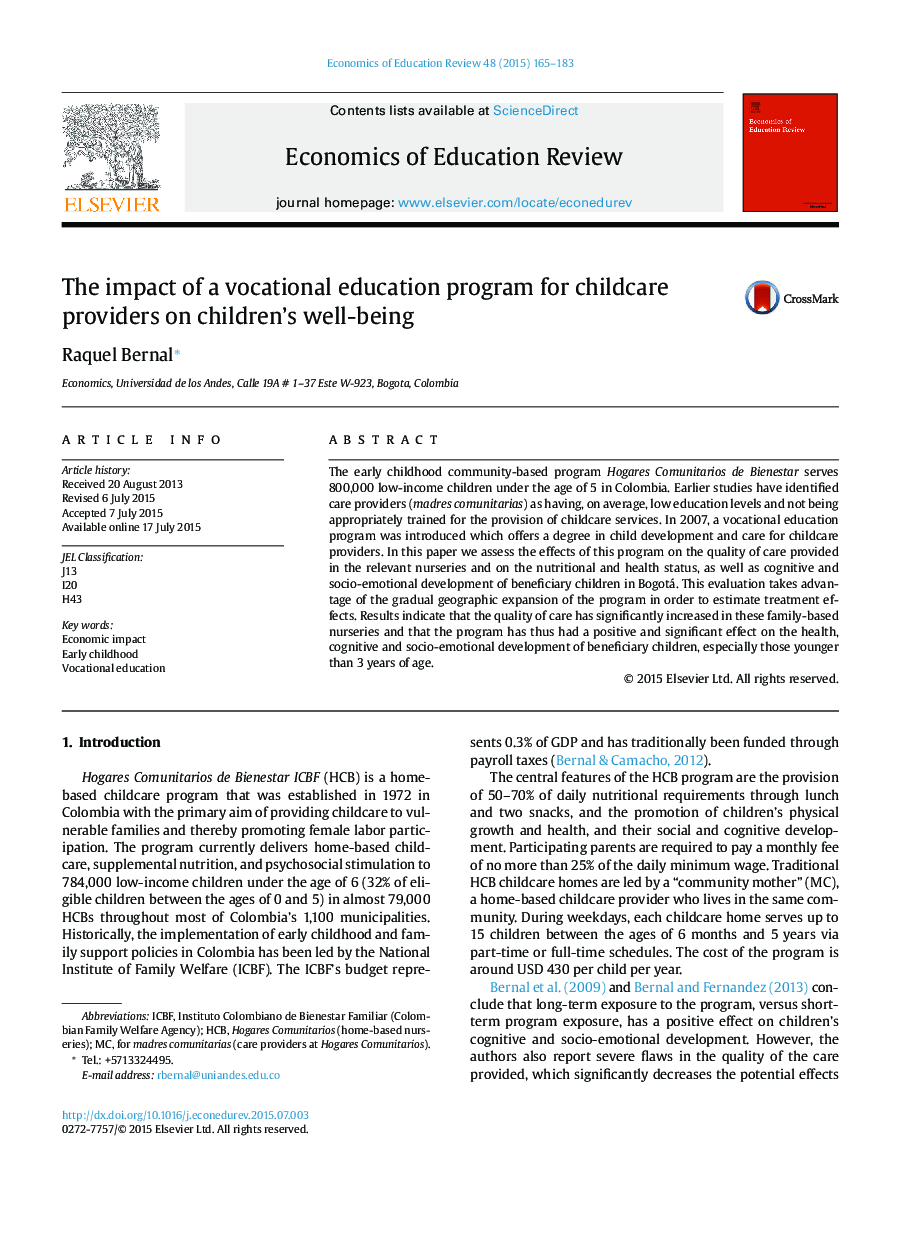 The early childhood community-based program Hogares Comunitarios de Bienestar serves 800,000 low-income children under the age of 5 in Colombia. Earlier studies have identified care providers (madres comunitarias) as having, on average, low education levels and not being appropriately trained for the provision of childcare services. In 2007, a vocational education program was introduced which offers a degree in child development and care for childcare providers. In this paper we assess the effects of this program on the quality of care provided in the relevant nurseries and on the nutritional and health status, as well as cognitive and socio-emotional development of beneficiary children in Bogotá. This evaluation takes advantage of the gradual geographic expansion of the program in order to estimate treatment effects. Results indicate that the quality of care has significantly increased in these family-based nurseries and that the program has thus had a positive and significant effect on the health, cognitive and socio-emotional development of beneficiary children, especially those younger than 3 years of age.