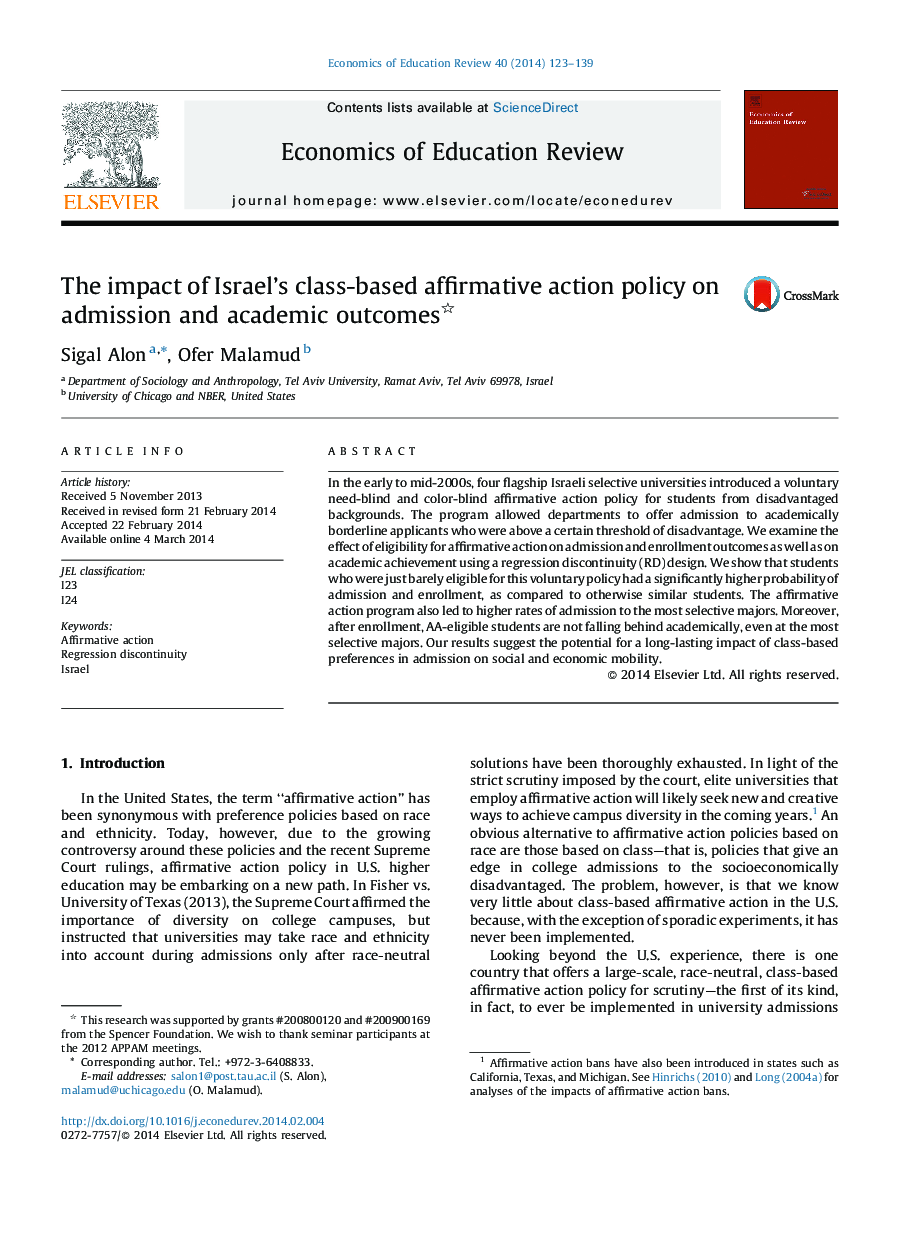 • We examine a class-based affirmative action (AA) policy in Israel using a RD design.
• The policy is a voluntary race-neutral/need-blind program for disadvantaged students.
• We find significantly higher admission and enrollment for AA-eligible applicants.

In the early to mid-2000s, four flagship Israeli selective universities introduced a voluntary need-blind and color-blind affirmative action policy for students from disadvantaged backgrounds. The program allowed departments to offer admission to academically borderline applicants who were above a certain threshold of disadvantage. We examine the effect of eligibility for affirmative action on admission and enrollment outcomes as well as on academic achievement using a regression discontinuity (RD) design. We show that students who were just barely eligible for this voluntary policy had a significantly higher probability of admission and enrollment, as compared to otherwise similar students. The affirmative action program also led to higher rates of admission to the most selective majors. Moreover, after enrollment, AA-eligible students are not falling behind academically, even at the most selective majors. Our results suggest the potential for a long-lasting impact of class-based preferences in admission on social and economic mobility.