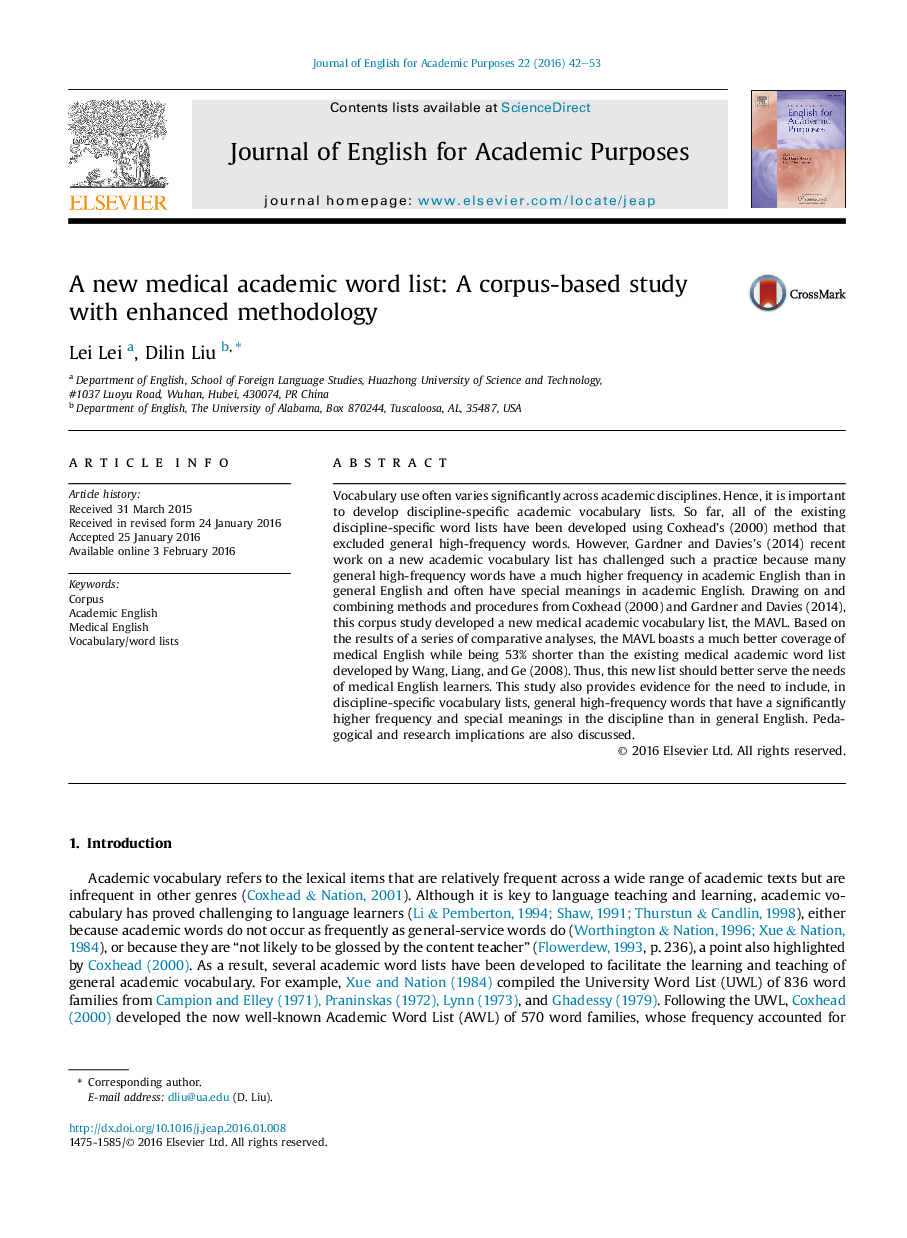 Vocabulary use often varies significantly across academic disciplines. Hence, it is important to develop discipline-specific academic vocabulary lists. So far, all of the existing discipline-specific word lists have been developed using Coxhead’s (2000) method that excluded general high-frequency words. However, Gardner and Davies’s (2014) recent work on a new academic vocabulary list has challenged such a practice because many general high-frequency words have a much higher frequency in academic English than in general English and often have special meanings in academic English. Drawing on and combining methods and procedures from Coxhead (2000) and Gardner and Davies (2014), this corpus study developed a new medical academic vocabulary list, the MAVL. Based on the results of a series of comparative analyses, the MAVL boasts a much better coverage of medical English while being 53% shorter than the existing medical academic word list developed by Wang, Liang, and Ge (2008). Thus, this new list should better serve the needs of medical English learners. This study also provides evidence for the need to include, in discipline-specific vocabulary lists, general high-frequency words that have a significantly higher frequency and special meanings in the discipline than in general English. Pedagogical and research implications are also discussed.