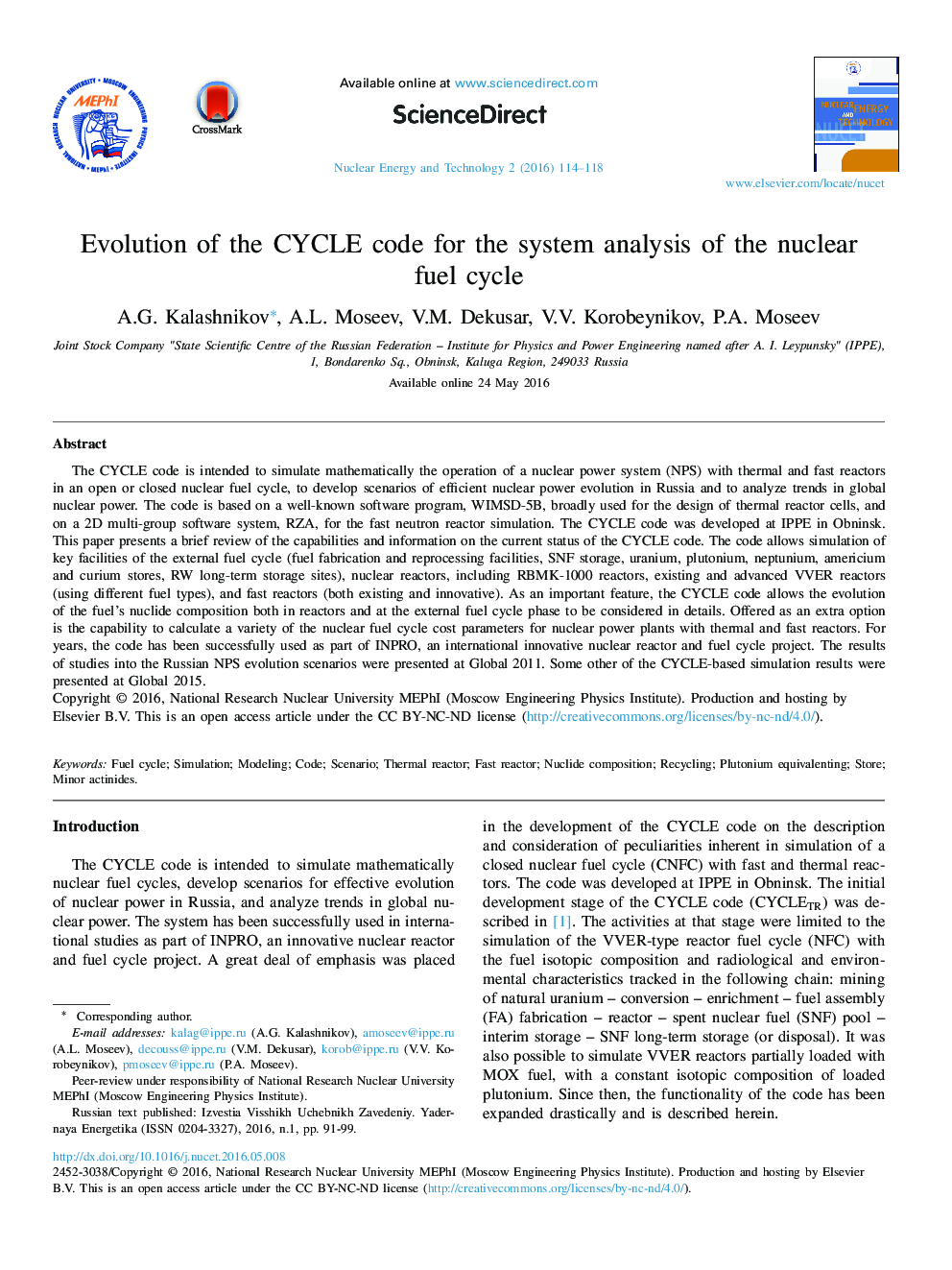 The CYCLE code is intended to simulate mathematically the operation of a nuclear power system (NPS) with thermal and fast reactors in an open or closed nuclear fuel cycle, to develop scenarios of efficient nuclear power evolution in Russia and to analyze trends in global nuclear power. The code is based on a well-known software program, WIMSD-5B, broadly used for the design of thermal reactor cells, and on a 2D multi-group software system, RZA, for the fast neutron reactor simulation. The CYCLE code was developed at IPPE in Obninsk. This paper presents a brief review of the capabilities and information on the current status of the CYCLE code. The code allows simulation of key facilities of the external fuel cycle (fuel fabrication and reprocessing facilities, SNF storage, uranium, plutonium, neptunium, americium and curium stores, RW long-term storage sites), nuclear reactors, including RBMK-1000 reactors, existing and advanced VVER reactors (using different fuel types), and fast reactors (both existing and innovative). As an important feature, the CYCLE code allows the evolution of the fuel's nuclide composition both in reactors and at the external fuel cycle phase to be considered in details. Offered as an extra option is the capability to calculate a variety of the nuclear fuel cycle cost parameters for nuclear power plants with thermal and fast reactors. For years, the code has been successfully used as part of INPRO, an international innovative nuclear reactor and fuel cycle project. The results of studies into the Russian NPS evolution scenarios were presented at Global 2011. Some other of the CYCLE-based simulation results were presented at Global 2015.