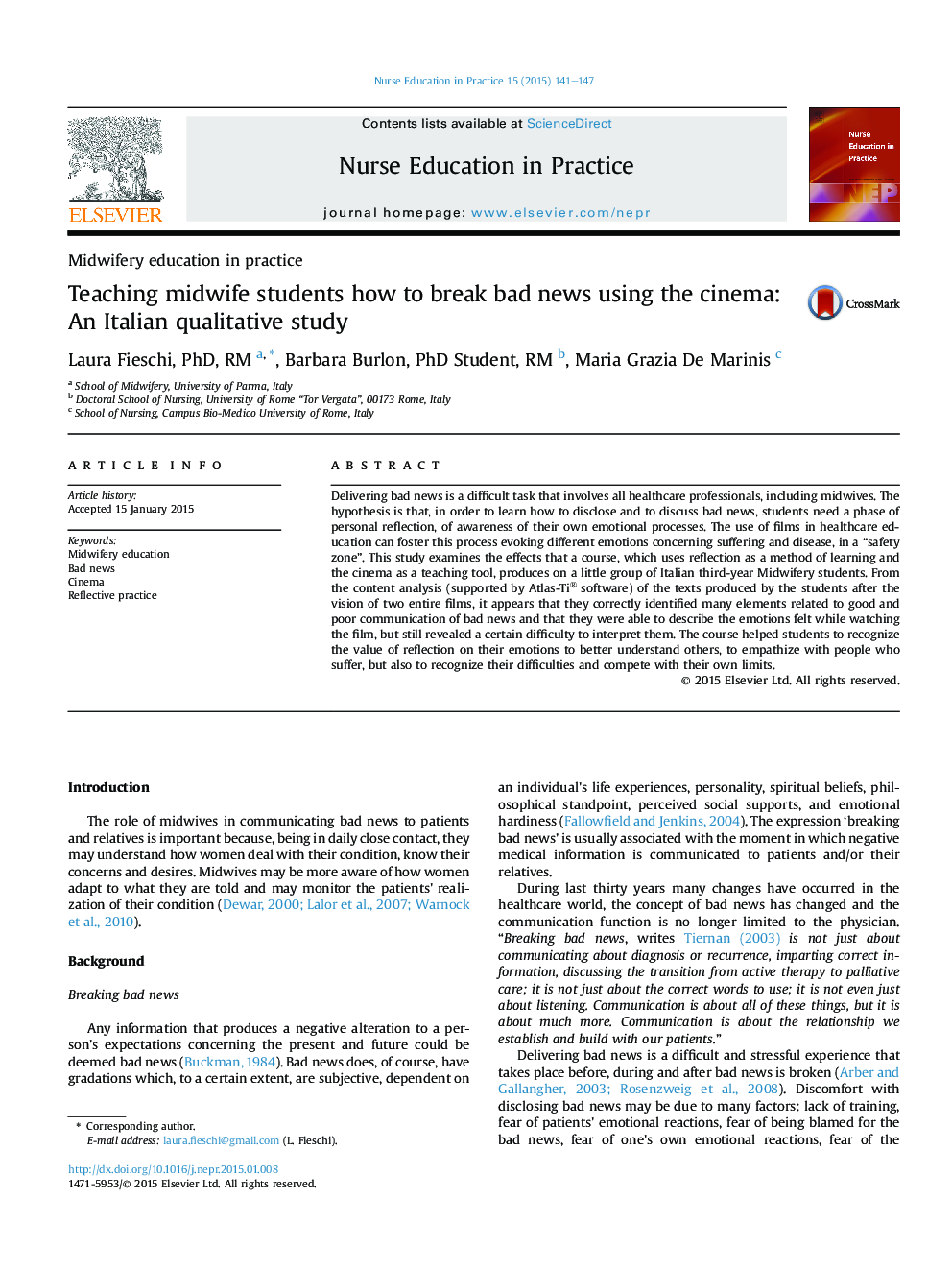 Delivering bad news is a difficult task that involves all healthcare professionals, including midwives. The hypothesis is that, in order to learn how to disclose and to discuss bad news, students need a phase of personal reflection, of awareness of their own emotional processes. The use of films in healthcare education can foster this process evoking different emotions concerning suffering and disease, in a “safety zone”. This study examines the effects that a course, which uses reflection as a method of learning and the cinema as a teaching tool, produces on a little group of Italian third-year Midwifery students. From the content analysis (supported by Atlas-Ti® software) of the texts produced by the students after the vision of two entire films, it appears that they correctly identified many elements related to good and poor communication of bad news and that they were able to describe the emotions felt while watching the film, but still revealed a certain difficulty to interpret them. The course helped students to recognize the value of reflection on their emotions to better understand others, to empathize with people who suffer, but also to recognize their difficulties and compete with their own limits.