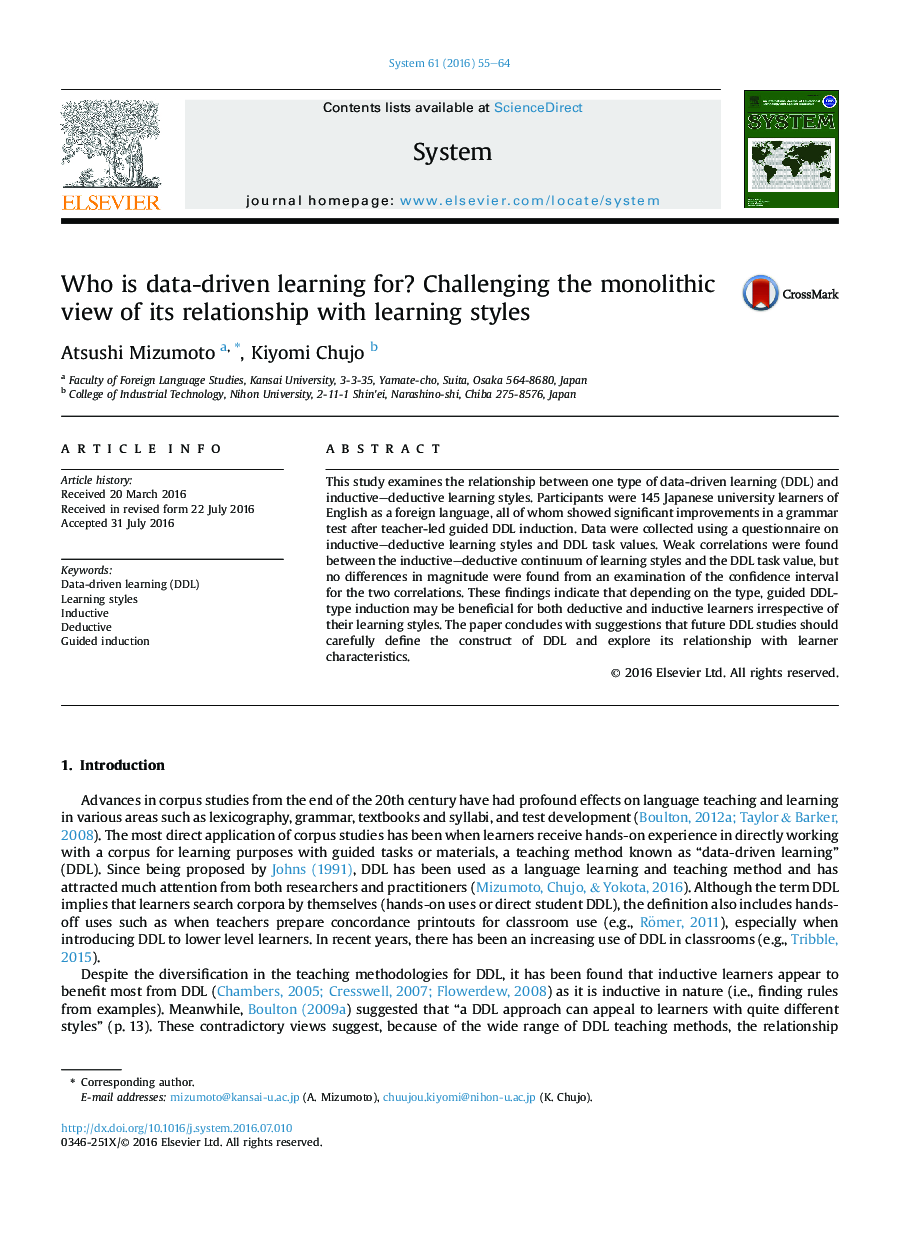 This study examines the relationship between one type of data-driven learning (DDL) and inductive–deductive learning styles. Participants were 145 Japanese university learners of English as a foreign language, all of whom showed significant improvements in a grammar test after teacher-led guided DDL induction. Data were collected using a questionnaire on inductive–deductive learning styles and DDL task values. Weak correlations were found between the inductive–deductive continuum of learning styles and the DDL task value, but no differences in magnitude were found from an examination of the confidence interval for the two correlations. These findings indicate that depending on the type, guided DDL-type induction may be beneficial for both deductive and inductive learners irrespective of their learning styles. The paper concludes with suggestions that future DDL studies should carefully define the construct of DDL and explore its relationship with learner characteristics.