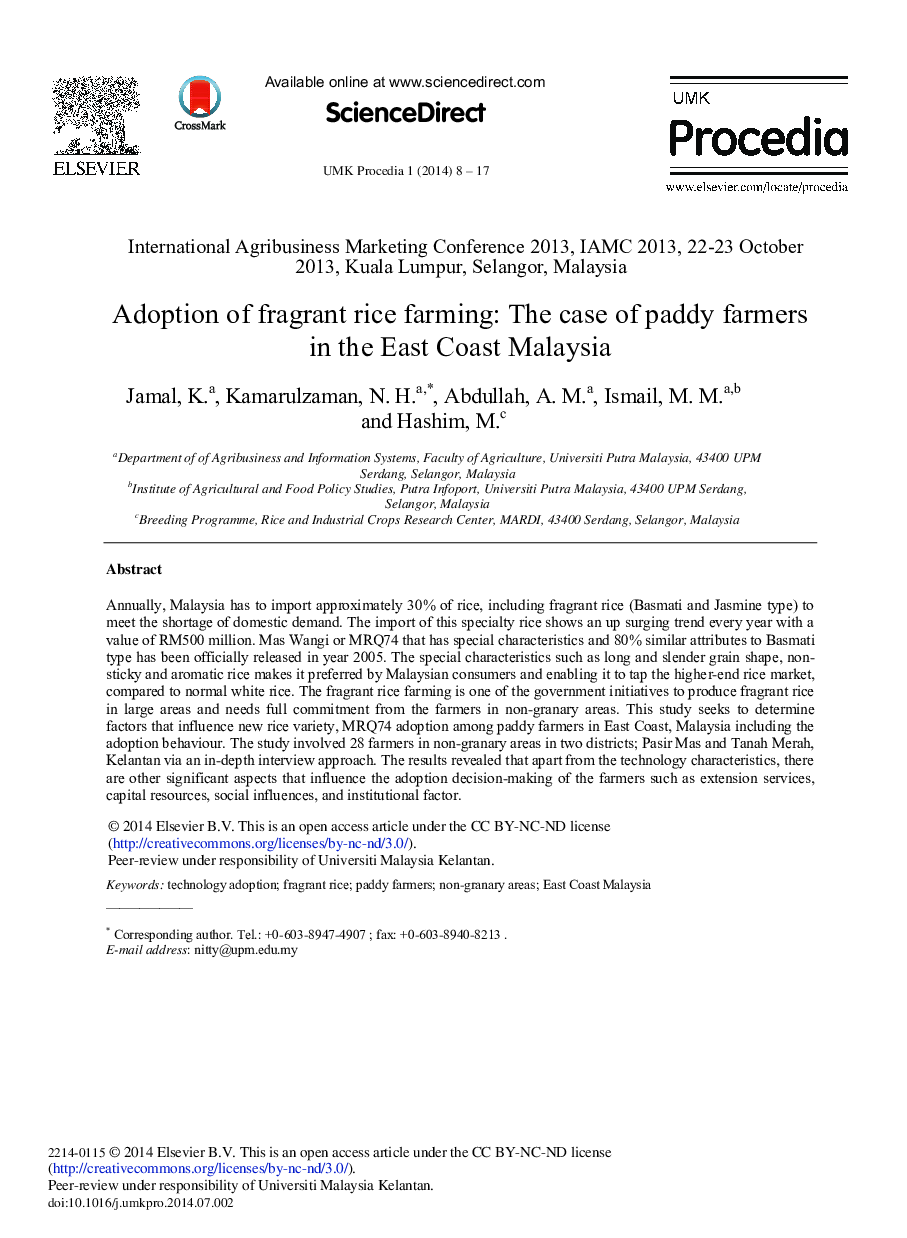 Annually, Malaysia has to import approximately 30% of rice, including fragrant rice (Basmati and Jasmine type) to meet the shortage of domestic demand. The import of this specialty rice shows an up surging trend every year with a value of RM500 million. Mas Wangi or MRQ74 that has special characteristics and 80% similar attributes to Basmati type has been officially released in year 2005. The special characteristics such as long and slender grain shape, non- sticky and aromatic rice makes it preferred by Malaysian consumers and enabling it to tap the higher-end rice market, compared to normal white rice. The fragrant rice farming is one of the government initiatives to produce fragrant rice in large areas and needs full commitment from the farmers in non-granary areas. This study seeks to determine factors that influence new rice variety, MRQ74 adoption among paddy farmers in East Coast, Malaysia including the adoption behaviour. The study involved 28 farmers in non-granary areas in two districts; Pasir Mas and Tanah Merah, Kelantan via an in-depth interview approach. The results revealed that apart from the technology characteristics, there are other significant aspects that influence the adoption decision-making of the farmers such as extension services, capital resources, social influences, and institutional factor.