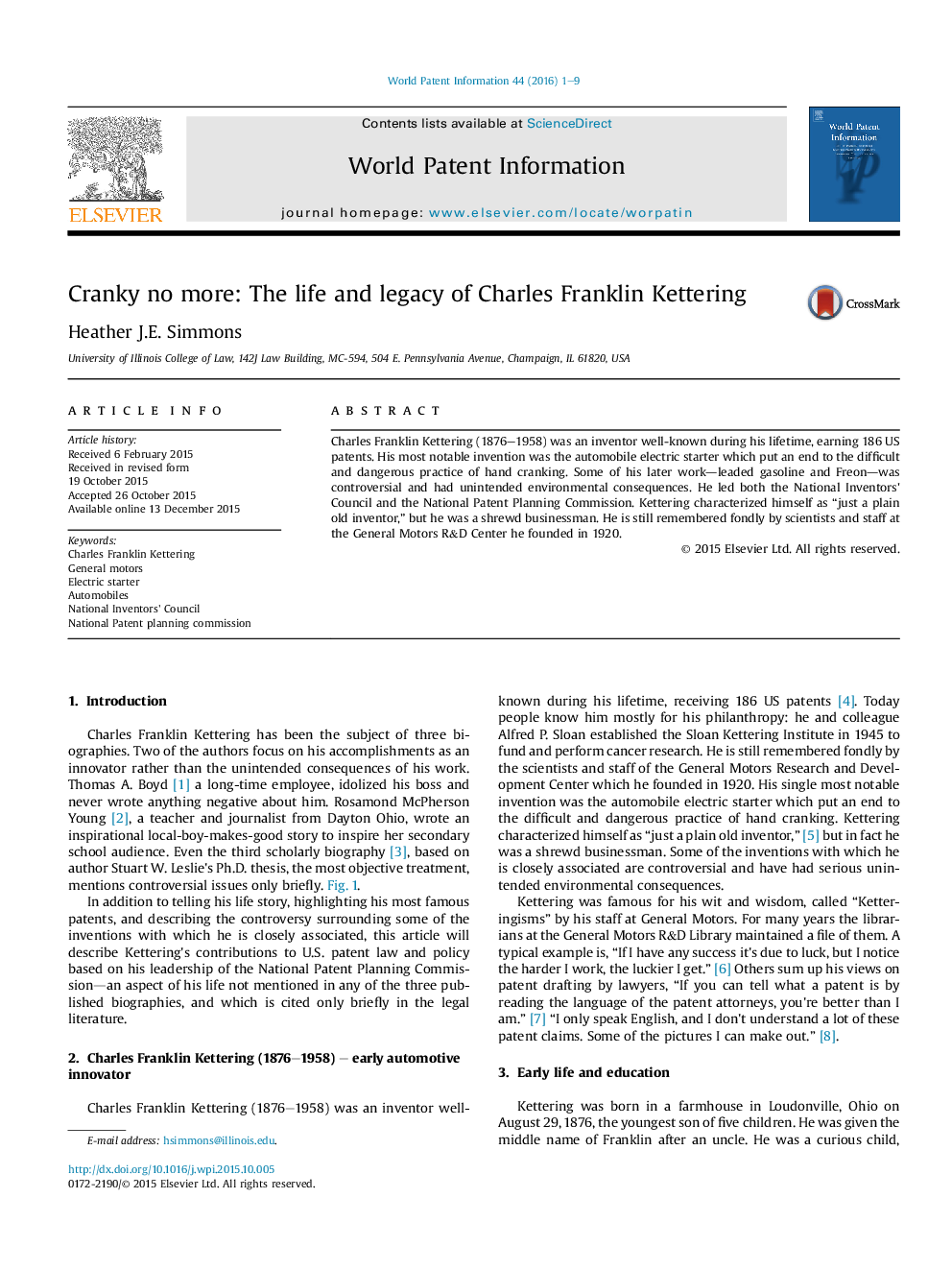 Charles Franklin Kettering (1876–1958) was an inventor well-known during his lifetime, earning 186 US patents. His most notable invention was the automobile electric starter which put an end to the difficult and dangerous practice of hand cranking. Some of his later work—leaded gasoline and Freon—was controversial and had unintended environmental consequences. He led both the National Inventors' Council and the National Patent Planning Commission. Kettering characterized himself as “just a plain old inventor,” but he was a shrewd businessman. He is still remembered fondly by scientists and staff at the General Motors R&D Center he founded in 1920.