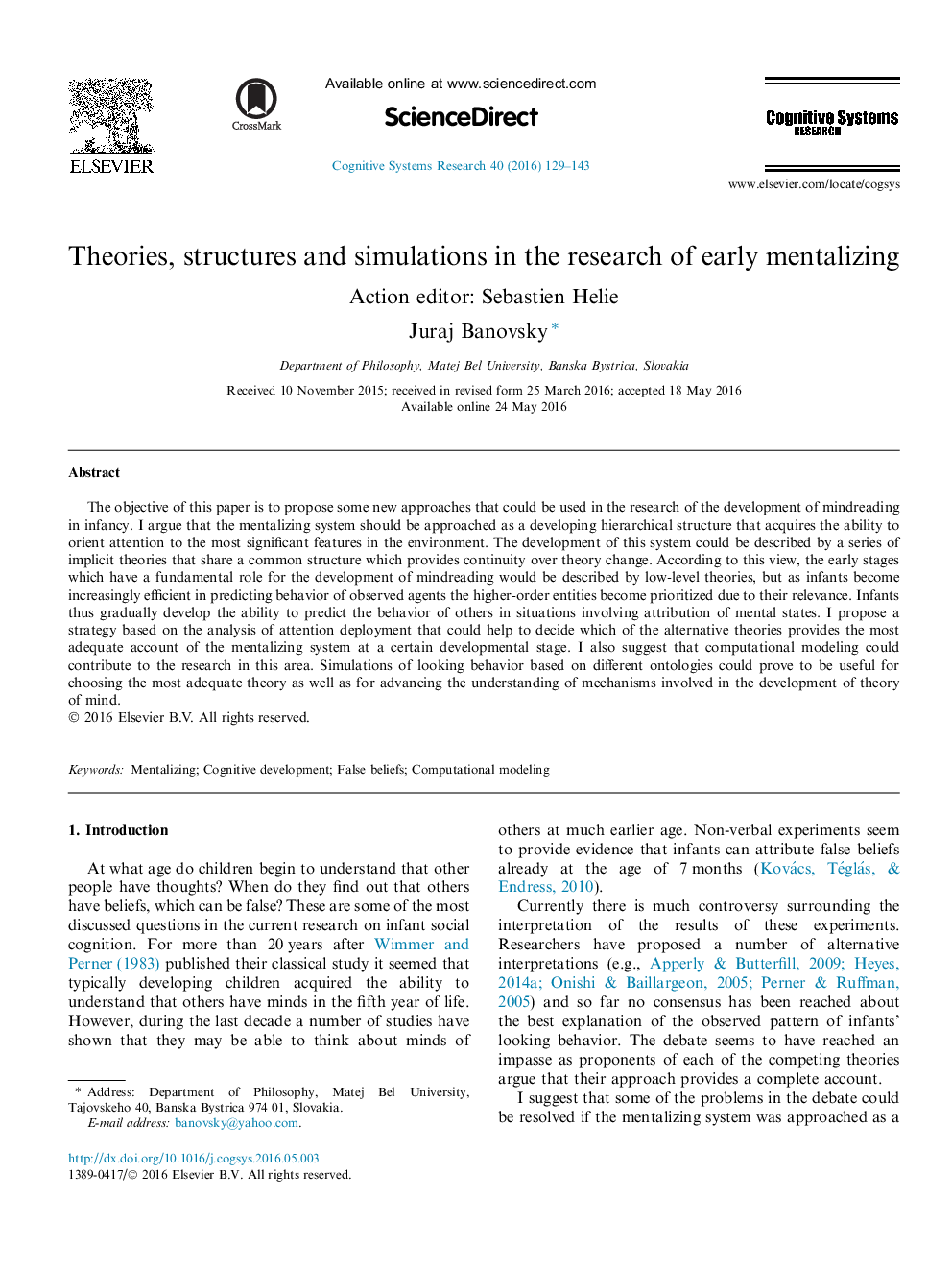 The objective of this paper is to propose some new approaches that could be used in the research of the development of mindreading in infancy. I argue that the mentalizing system should be approached as a developing hierarchical structure that acquires the ability to orient attention to the most significant features in the environment. The development of this system could be described by a series of implicit theories that share a common structure which provides continuity over theory change. According to this view, the early stages which have a fundamental role for the development of mindreading would be described by low-level theories, but as infants become increasingly efficient in predicting behavior of observed agents the higher-order entities become prioritized due to their relevance. Infants thus gradually develop the ability to predict the behavior of others in situations involving attribution of mental states. I propose a strategy based on the analysis of attention deployment that could help to decide which of the alternative theories provides the most adequate account of the mentalizing system at a certain developmental stage. I also suggest that computational modeling could contribute to the research in this area. Simulations of looking behavior based on different ontologies could prove to be useful for choosing the most adequate theory as well as for advancing the understanding of mechanisms involved in the development of theory of mind.