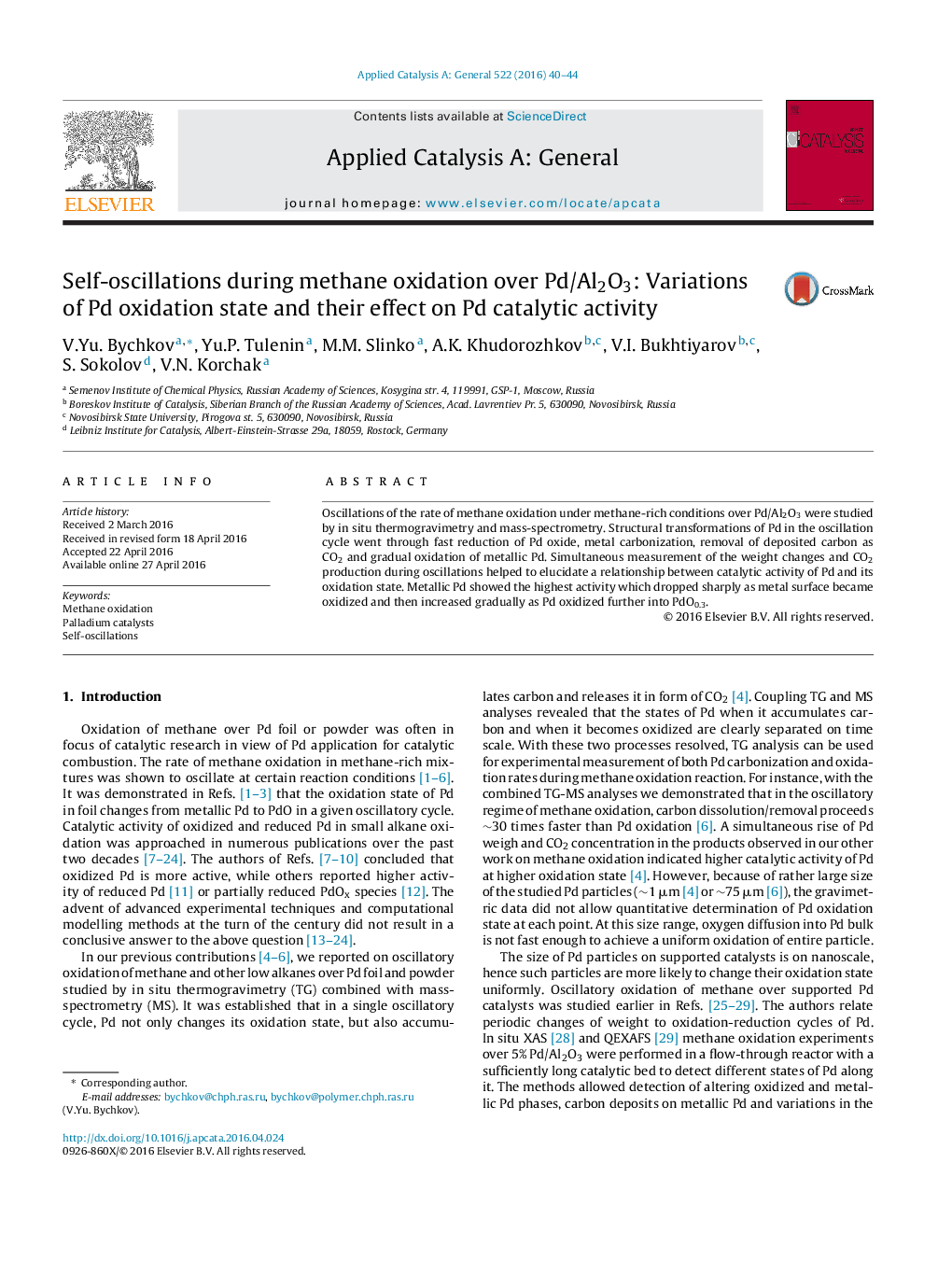 Oscillations of the rate of methane oxidation under methane-rich conditions over Pd/Al2O3 were studied by in situ thermogravimetry and mass-spectrometry. Structural transformations of Pd in the oscillation cycle went through fast reduction of Pd oxide, metal carbonization, removal of deposited carbon as CO2 and gradual oxidation of metallic Pd. Simultaneous measurement of the weight changes and CO2 production during oscillations helped to elucidate a relationship between catalytic activity of Pd and its oxidation state. Metallic Pd showed the highest activity which dropped sharply as metal surface became oxidized and then increased gradually as Pd oxidized further into PdO0.3.