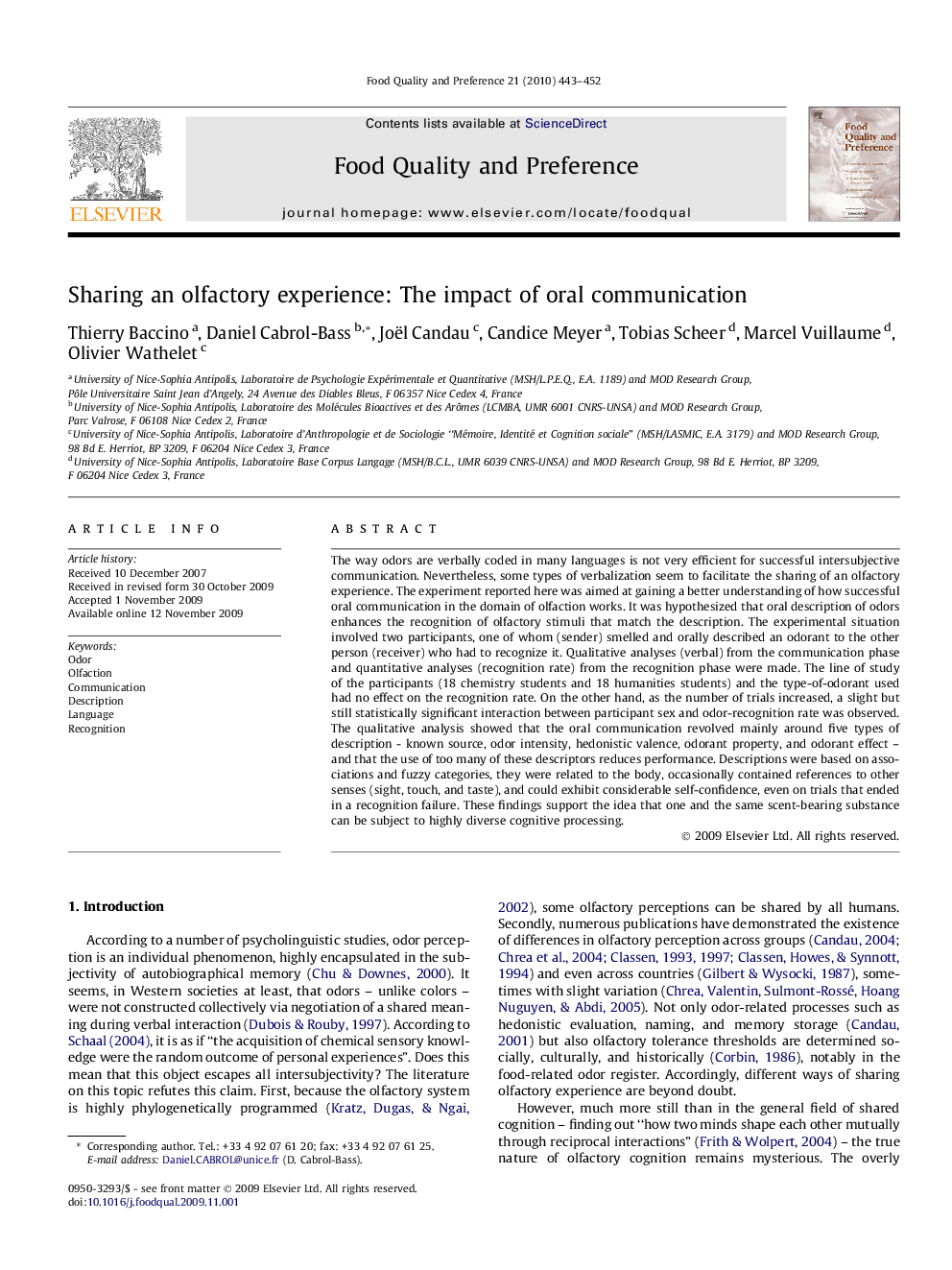 The way odors are verbally coded in many languages is not very efficient for successful intersubjective communication. Nevertheless, some types of verbalization seem to facilitate the sharing of an olfactory experience. The experiment reported here was aimed at gaining a better understanding of how successful oral communication in the domain of olfaction works. It was hypothesized that oral description of odors enhances the recognition of olfactory stimuli that match the description. The experimental situation involved two participants, one of whom (sender) smelled and orally described an odorant to the other person (receiver) who had to recognize it. Qualitative analyses (verbal) from the communication phase and quantitative analyses (recognition rate) from the recognition phase were made. The line of study of the participants (18 chemistry students and 18 humanities students) and the type-of-odorant used had no effect on the recognition rate. On the other hand, as the number of trials increased, a slight but still statistically significant interaction between participant sex and odor-recognition rate was observed. The qualitative analysis showed that the oral communication revolved mainly around five types of description - known source, odor intensity, hedonistic valence, odorant property, and odorant effect – and that the use of too many of these descriptors reduces performance. Descriptions were based on associations and fuzzy categories, they were related to the body, occasionally contained references to other senses (sight, touch, and taste), and could exhibit considerable self-confidence, even on trials that ended in a recognition failure. These findings support the idea that one and the same scent-bearing substance can be subject to highly diverse cognitive processing.