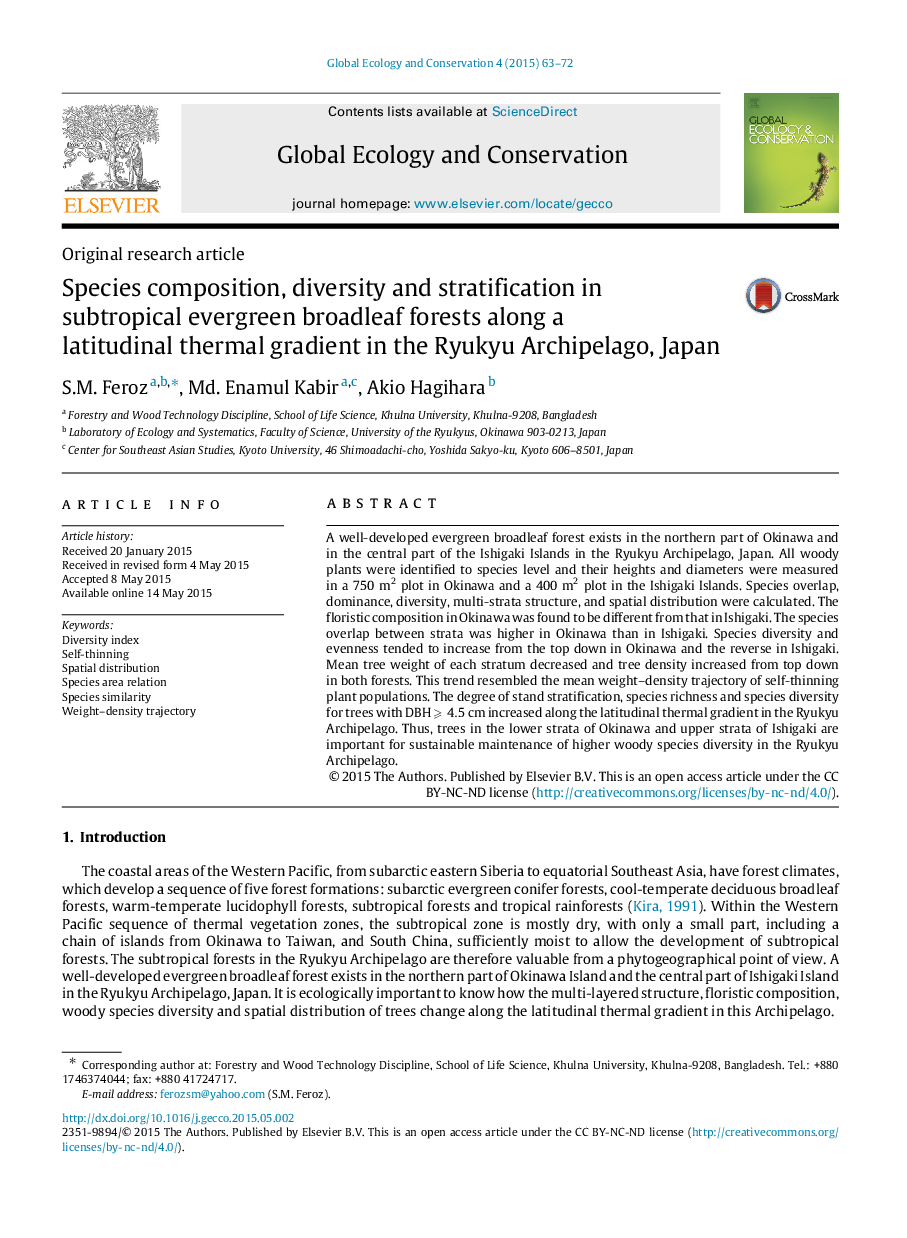 A well-developed evergreen broadleaf forest exists in the northern part of Okinawa and in the central part of the Ishigaki Islands in the Ryukyu Archipelago, Japan. All woody plants were identified to species level and their heights and diameters were measured in a 750m2 plot in Okinawa and a 400m2 plot in the Ishigaki Islands. Species overlap, dominance, diversity, multi-strata structure, and spatial distribution were calculated. The floristic composition in Okinawa was found to be different from that in Ishigaki. The species overlap between strata was higher in Okinawa than in Ishigaki. Species diversity and evenness tended to increase from the top down in Okinawa and the reverse in Ishigaki. Mean tree weight of each stratum decreased and tree density increased from top down in both forests. This trend resembled the mean weight–density trajectory of self-thinning plant populations. The degree of stand stratification, species richness and species diversity for trees with DBH ⩾4.5⩾4.5  cm increased along the latitudinal thermal gradient in the Ryukyu Archipelago. Thus, trees in the lower strata of Okinawa and upper strata of Ishigaki are important for sustainable maintenance of higher woody species diversity in the Ryukyu Archipelago.