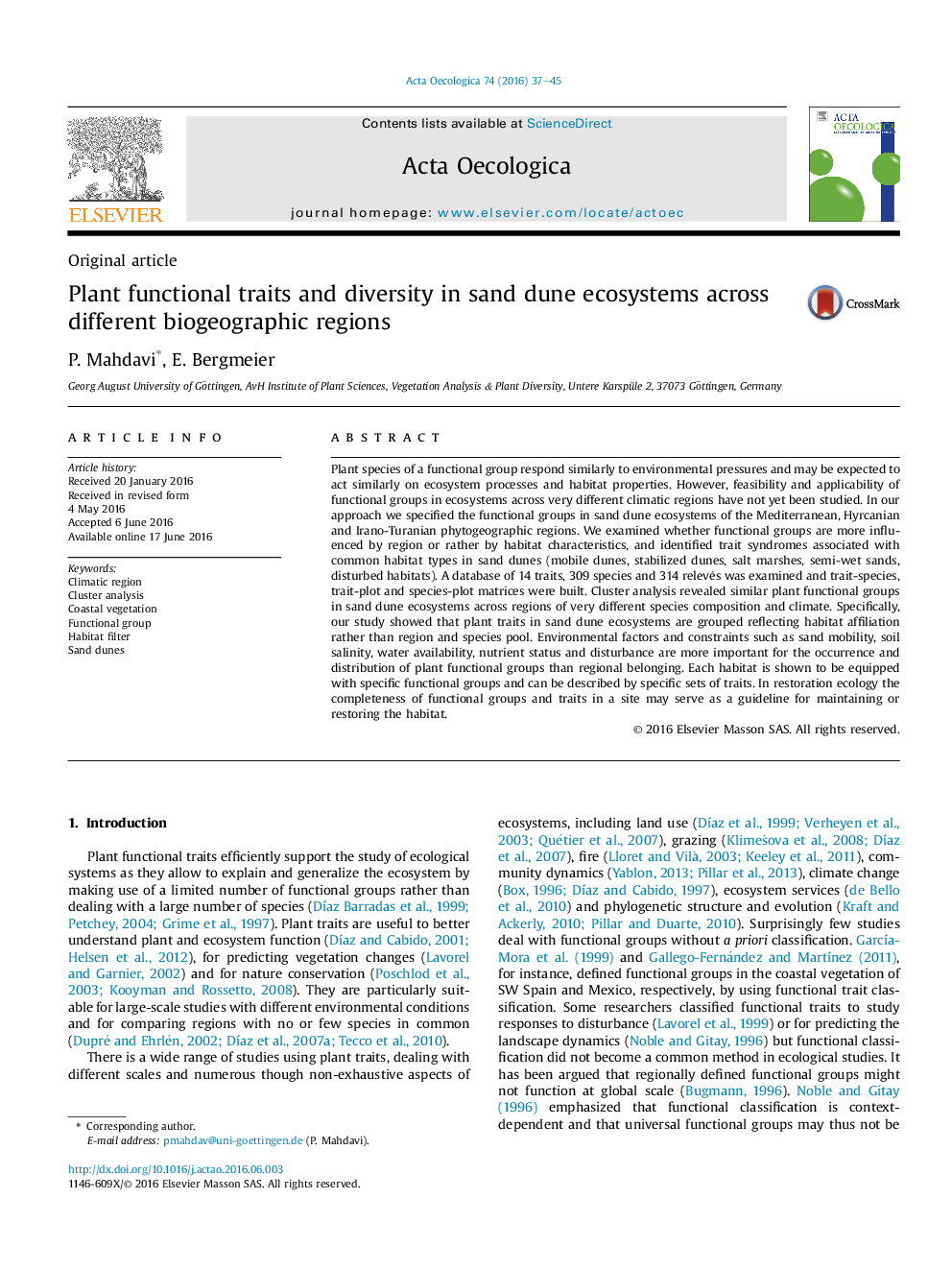 Plant species of a functional group respond similarly to environmental pressures and may be expected to act similarly on ecosystem processes and habitat properties. However, feasibility and applicability of functional groups in ecosystems across very different climatic regions have not yet been studied. In our approach we specified the functional groups in sand dune ecosystems of the Mediterranean, Hyrcanian and Irano-Turanian phytogeographic regions. We examined whether functional groups are more influenced by region or rather by habitat characteristics, and identified trait syndromes associated with common habitat types in sand dunes (mobile dunes, stabilized dunes, salt marshes, semi-wet sands, disturbed habitats). A database of 14 traits, 309 species and 314 relevés was examined and trait-species, trait-plot and species-plot matrices were built. Cluster analysis revealed similar plant functional groups in sand dune ecosystems across regions of very different species composition and climate. Specifically, our study showed that plant traits in sand dune ecosystems are grouped reflecting habitat affiliation rather than region and species pool. Environmental factors and constraints such as sand mobility, soil salinity, water availability, nutrient status and disturbance are more important for the occurrence and distribution of plant functional groups than regional belonging. Each habitat is shown to be equipped with specific functional groups and can be described by specific sets of traits. In restoration ecology the completeness of functional groups and traits in a site may serve as a guideline for maintaining or restoring the habitat.