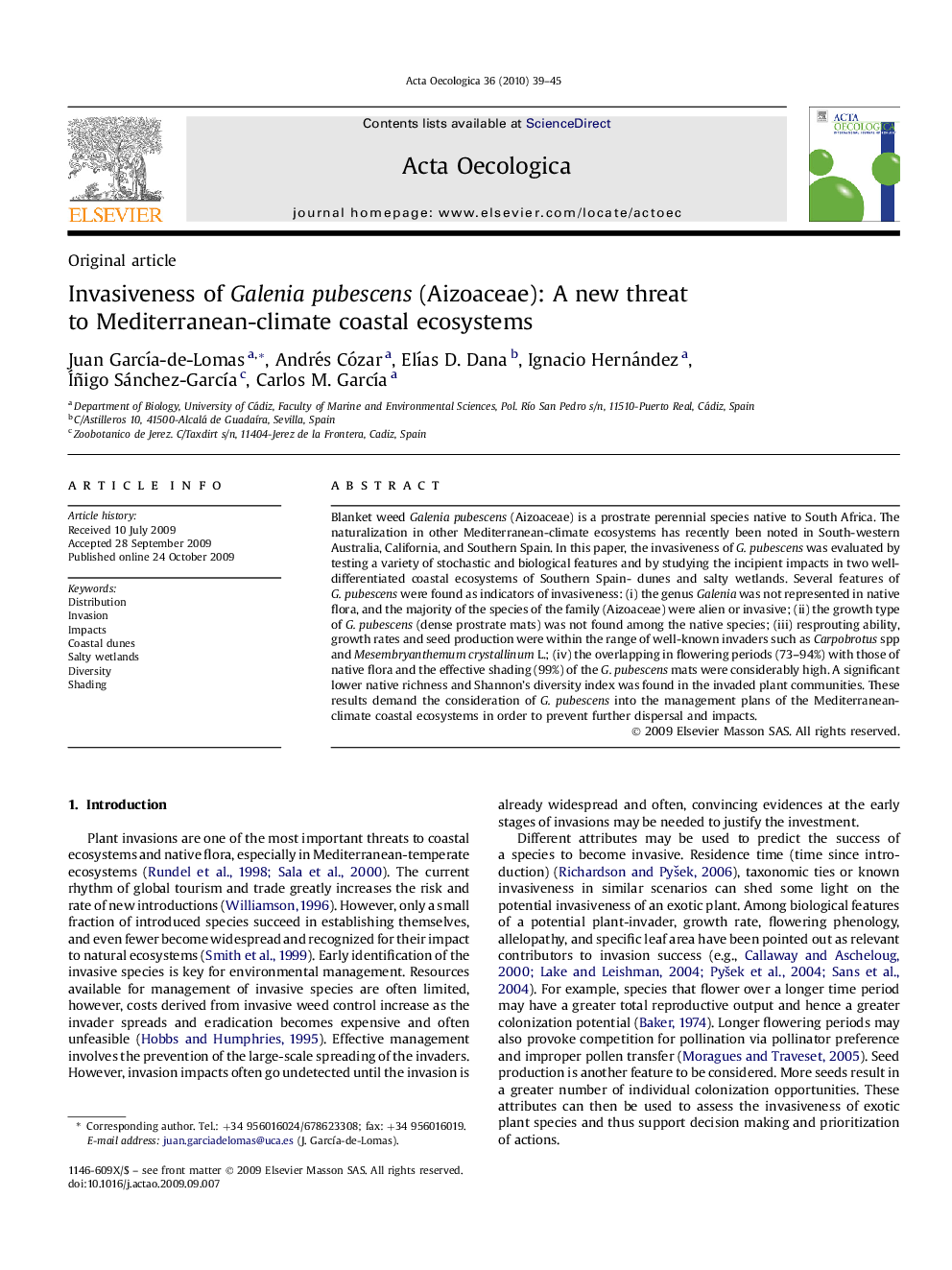 Blanket weed Galenia pubescens (Aizoaceae) is a prostrate perennial species native to South Africa. The naturalization in other Mediterranean-climate ecosystems has recently been noted in South-western Australia, California, and Southern Spain. In this paper, the invasiveness of G. pubescens was evaluated by testing a variety of stochastic and biological features and by studying the incipient impacts in two well-differentiated coastal ecosystems of Southern Spain- dunes and salty wetlands. Several features of G. pubescens were found as indicators of invasiveness: (i) the genus Galenia was not represented in native flora, and the majority of the species of the family (Aizoaceae) were alien or invasive; (ii) the growth type of G. pubescens (dense prostrate mats) was not found among the native species; (iii) resprouting ability, growth rates and seed production were within the range of well-known invaders such as Carpobrotus spp and Mesembryanthemum crystallinum L.; (iv) the overlapping in flowering periods (73–94%) with those of native flora and the effective shading (99%) of the G. pubescens mats were considerably high. A significant lower native richness and Shannon's diversity index was found in the invaded plant communities. These results demand the consideration of G. pubescens into the management plans of the Mediterranean-climate coastal ecosystems in order to prevent further dispersal and impacts.