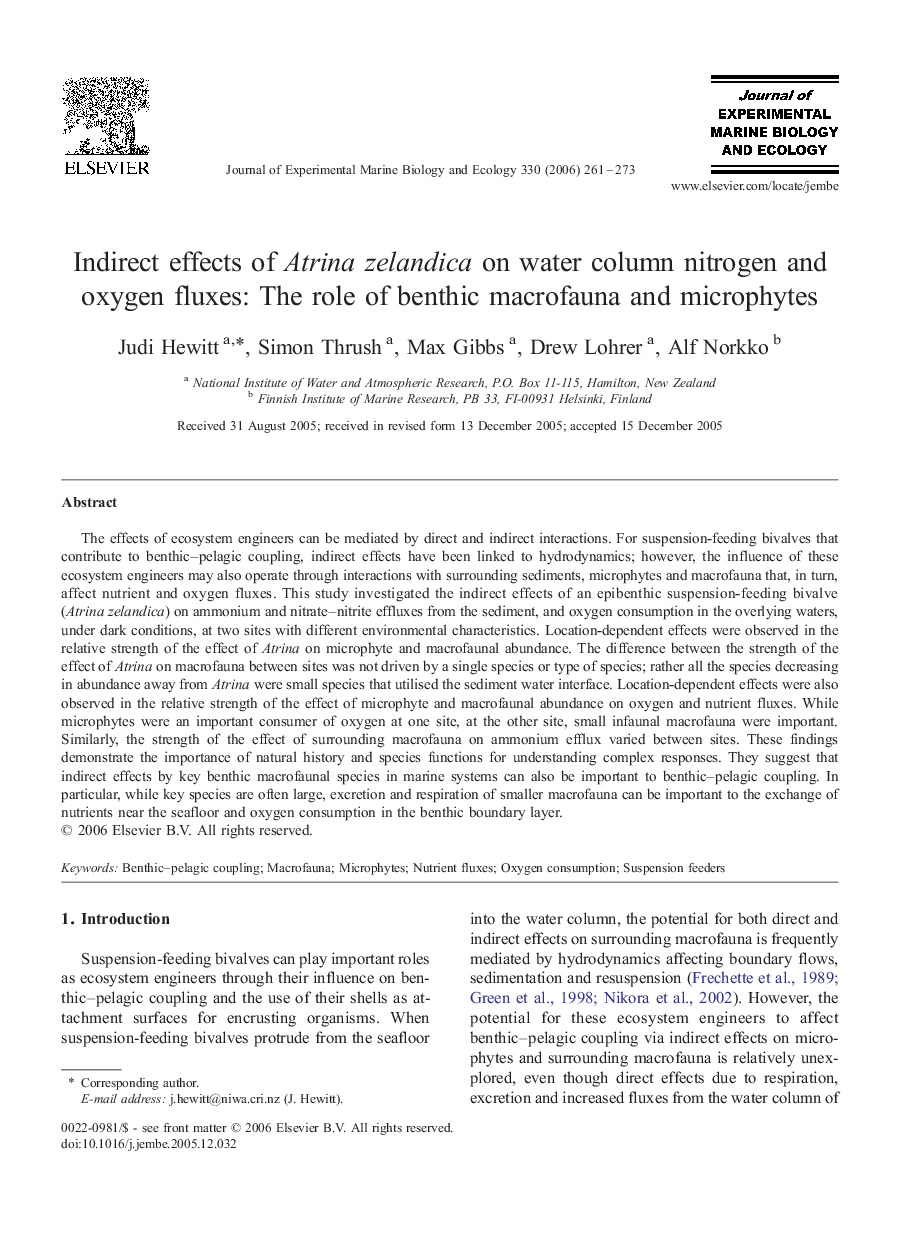 The effects of ecosystem engineers can be mediated by direct and indirect interactions. For suspension-feeding bivalves that contribute to benthic–pelagic coupling, indirect effects have been linked to hydrodynamics; however, the influence of these ecosystem engineers may also operate through interactions with surrounding sediments, microphytes and macrofauna that, in turn, affect nutrient and oxygen fluxes. This study investigated the indirect effects of an epibenthic suspension-feeding bivalve (Atrina zelandica) on ammonium and nitrate–nitrite effluxes from the sediment, and oxygen consumption in the overlying waters, under dark conditions, at two sites with different environmental characteristics. Location-dependent effects were observed in the relative strength of the effect of Atrina on microphyte and macrofaunal abundance. The difference between the strength of the effect of Atrina on macrofauna between sites was not driven by a single species or type of species; rather all the species decreasing in abundance away from Atrina were small species that utilised the sediment water interface. Location-dependent effects were also observed in the relative strength of the effect of microphyte and macrofaunal abundance on oxygen and nutrient fluxes. While microphytes were an important consumer of oxygen at one site, at the other site, small infaunal macrofauna were important. Similarly, the strength of the effect of surrounding macrofauna on ammonium efflux varied between sites. These findings demonstrate the importance of natural history and species functions for understanding complex responses. They suggest that indirect effects by key benthic macrofaunal species in marine systems can also be important to benthic–pelagic coupling. In particular, while key species are often large, excretion and respiration of smaller macrofauna can be important to the exchange of nutrients near the seafloor and oxygen consumption in the benthic boundary layer.