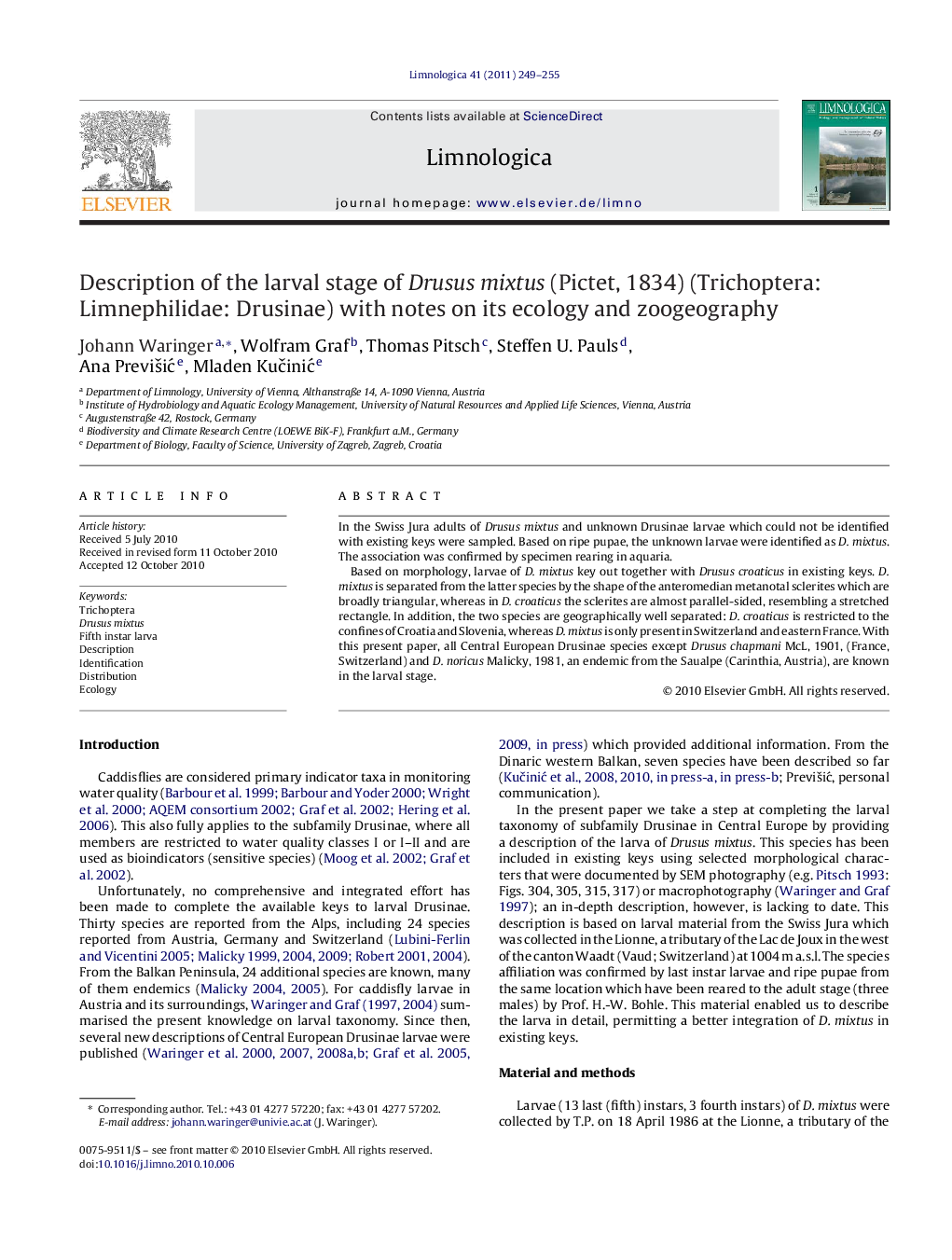 In the Swiss Jura adults of Drusus mixtus and unknown Drusinae larvae which could not be identified with existing keys were sampled. Based on ripe pupae, the unknown larvae were identified as D. mixtus. The association was confirmed by specimen rearing in aquaria.Based on morphology, larvae of D. mixtus key out together with Drusus croaticus in existing keys. D. mixtus is separated from the latter species by the shape of the anteromedian metanotal sclerites which are broadly triangular, whereas in D. croaticus the sclerites are almost parallel-sided, resembling a stretched rectangle. In addition, the two species are geographically well separated: D. croaticus is restricted to the confines of Croatia and Slovenia, whereas D. mixtus is only present in Switzerland and eastern France. With this present paper, all Central European Drusinae species except Drusus chapmani McL, 1901, (France, Switzerland) and D. noricus Malicky, 1981, an endemic from the Saualpe (Carinthia, Austria), are known in the larval stage.