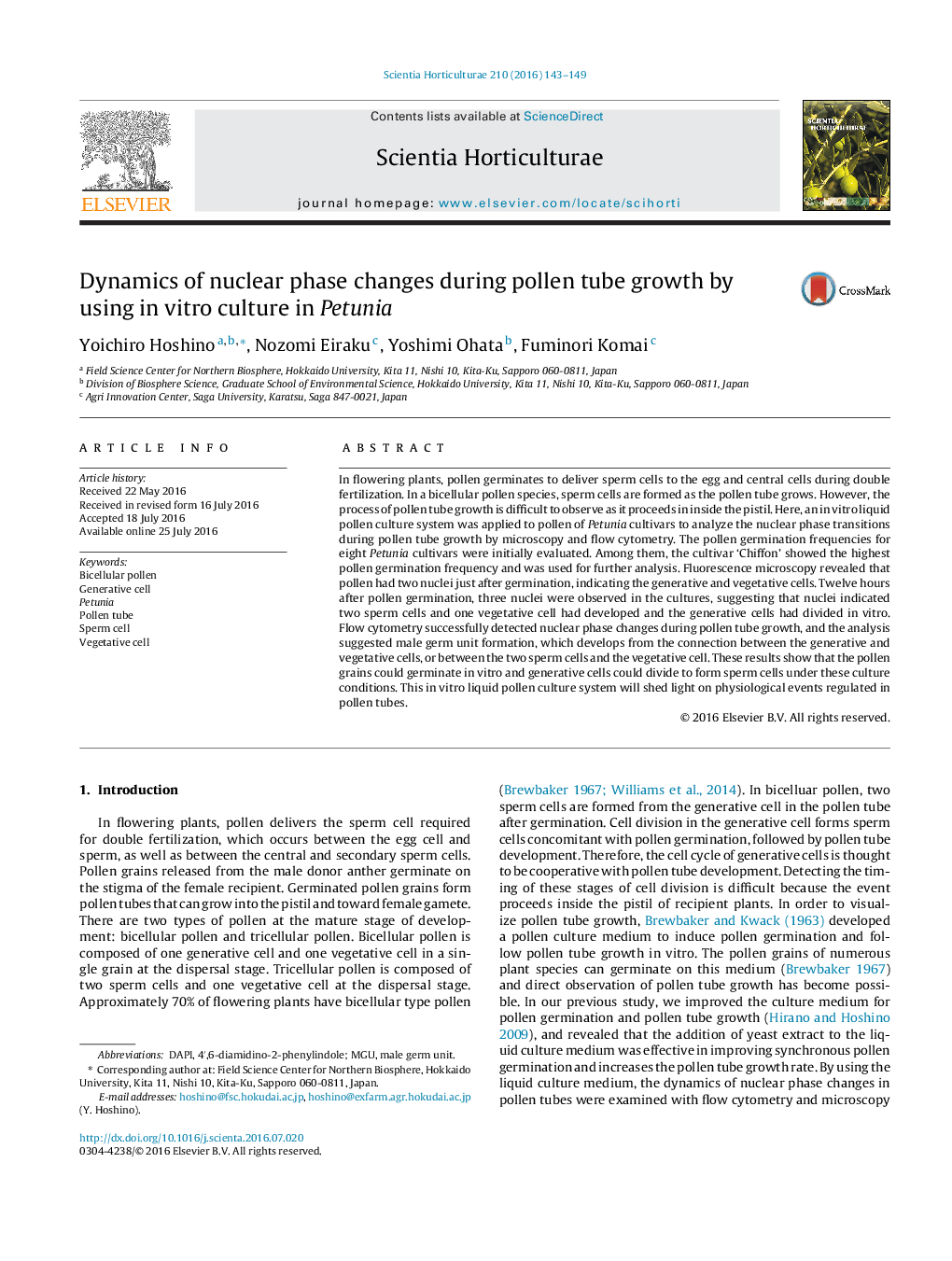 In flowering plants, pollen germinates to deliver sperm cells to the egg and central cells during double fertilization. In a bicellular pollen species, sperm cells are formed as the pollen tube grows. However, the process of pollen tube growth is difficult to observe as it proceeds in inside the pistil. Here, an in vitro liquid pollen culture system was applied to pollen of Petunia cultivars to analyze the nuclear phase transitions during pollen tube growth by microscopy and flow cytometry. The pollen germination frequencies for eight Petunia cultivars were initially evaluated. Among them, the cultivar ‘Chiffon’ showed the highest pollen germination frequency and was used for further analysis. Fluorescence microscopy revealed that pollen had two nuclei just after germination, indicating the generative and vegetative cells. Twelve hours after pollen germination, three nuclei were observed in the cultures, suggesting that nuclei indicated two sperm cells and one vegetative cell had developed and the generative cells had divided in vitro. Flow cytometry successfully detected nuclear phase changes during pollen tube growth, and the analysis suggested male germ unit formation, which develops from the connection between the generative and vegetative cells, or between the two sperm cells and the vegetative cell. These results show that the pollen grains could germinate in vitro and generative cells could divide to form sperm cells under these culture conditions. This in vitro liquid pollen culture system will shed light on physiological events regulated in pollen tubes.