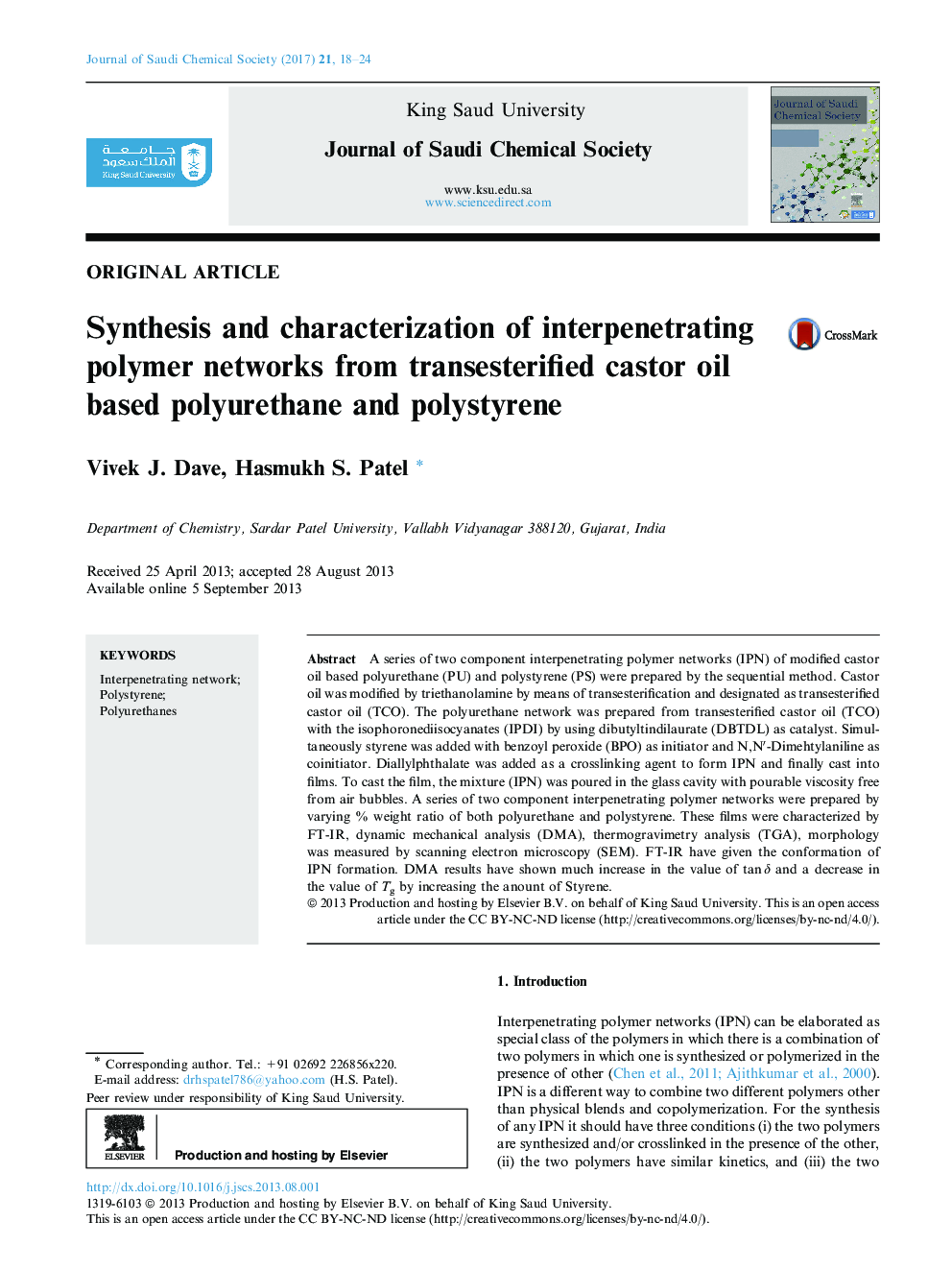 A series of two component interpenetrating polymer networks (IPN) of modified castor oil based polyurethane (PU) and polystyrene (PS) were prepared by the sequential method. Castor oil was modified by triethanolamine by means of transesterification and designated as transesterified castor oil (TCO). The polyurethane network was prepared from transesterified castor oil (TCO) with the isophoronediisocyanates (IPDI) by using dibutyltindilaurate (DBTDL) as catalyst. Simultaneously styrene was added with benzoyl peroxide (BPO) as initiator and N,Nâ²-Dimehtylaniline as coinitiator. Diallylphthalate was added as a crosslinking agent to form IPN and finally cast into films. To cast the film, the mixture (IPN) was poured in the glass cavity with pourable viscosity free from air bubbles. A series of two component interpenetrating polymer networks were prepared by varying % weight ratio of both polyurethane and polystyrene. These films were characterized by FT-IR, dynamic mechanical analysis (DMA), thermogravimetry analysis (TGA), morphology was measured by scanning electron microscopy (SEM). FT-IR have given the conformation of IPN formation. DMA results have shown much increase in the value of tanÂ Î´ and a decrease in the value of Tg by increasing the anount of Styrene.