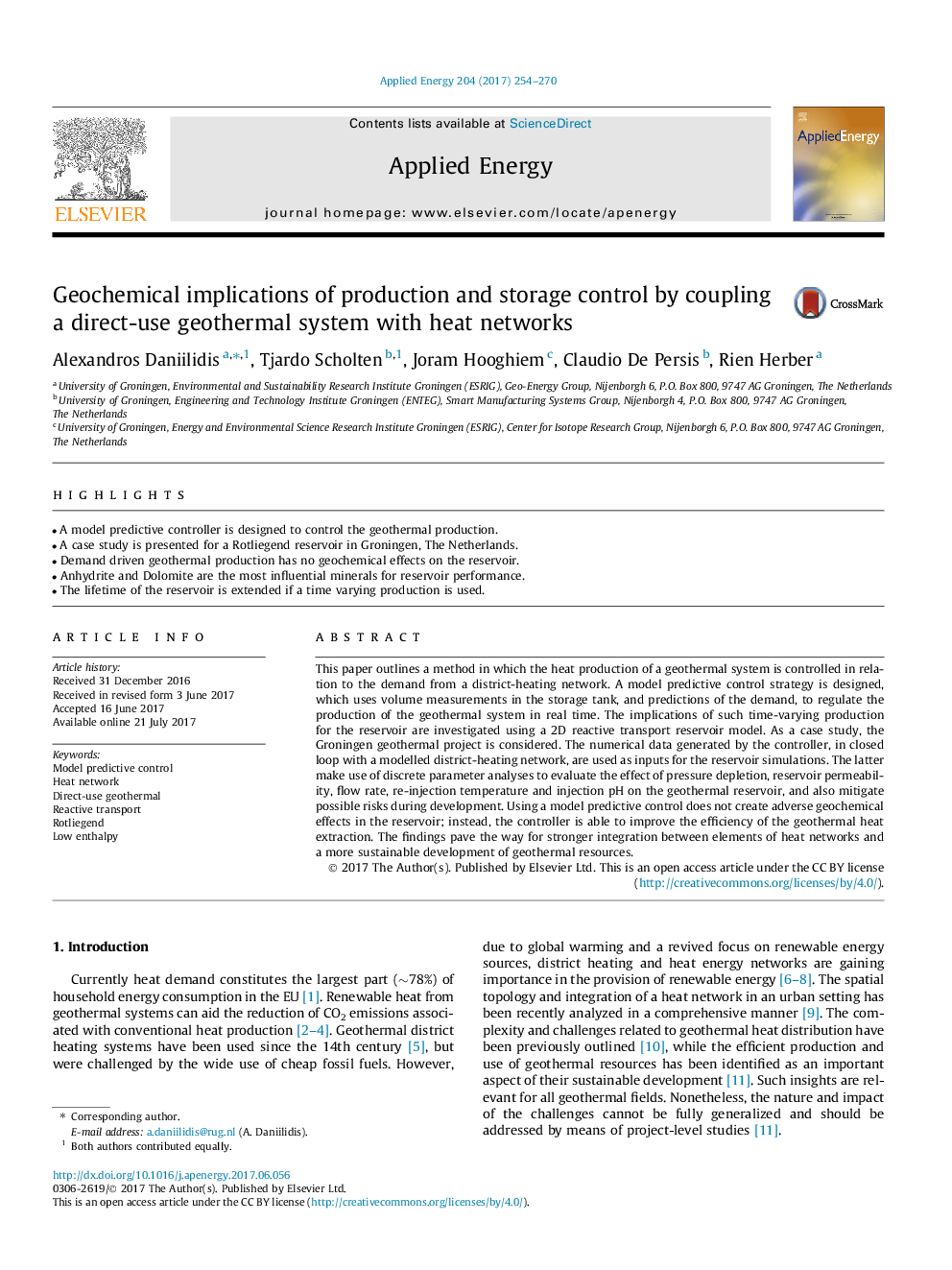 This paper outlines a method in which the heat production of a geothermal system is controlled in relation to the demand from a district-heating network. A model predictive control strategy is designed, which uses volume measurements in the storage tank, and predictions of the demand, to regulate the production of the geothermal system in real time. The implications of such time-varying production for the reservoir are investigated using a 2D reactive transport reservoir model. As a case study, the Groningen geothermal project is considered. The numerical data generated by the controller, in closed loop with a modelled district-heating network, are used as inputs for the reservoir simulations. The latter make use of discrete parameter analyses to evaluate the effect of pressure depletion, reservoir permeability, flow rate, re-injection temperature and injection pH on the geothermal reservoir, and also mitigate possible risks during development. Using a model predictive control does not create adverse geochemical effects in the reservoir; instead, the controller is able to improve the efficiency of the geothermal heat extraction. The findings pave the way for stronger integration between elements of heat networks and a more sustainable development of geothermal resources.