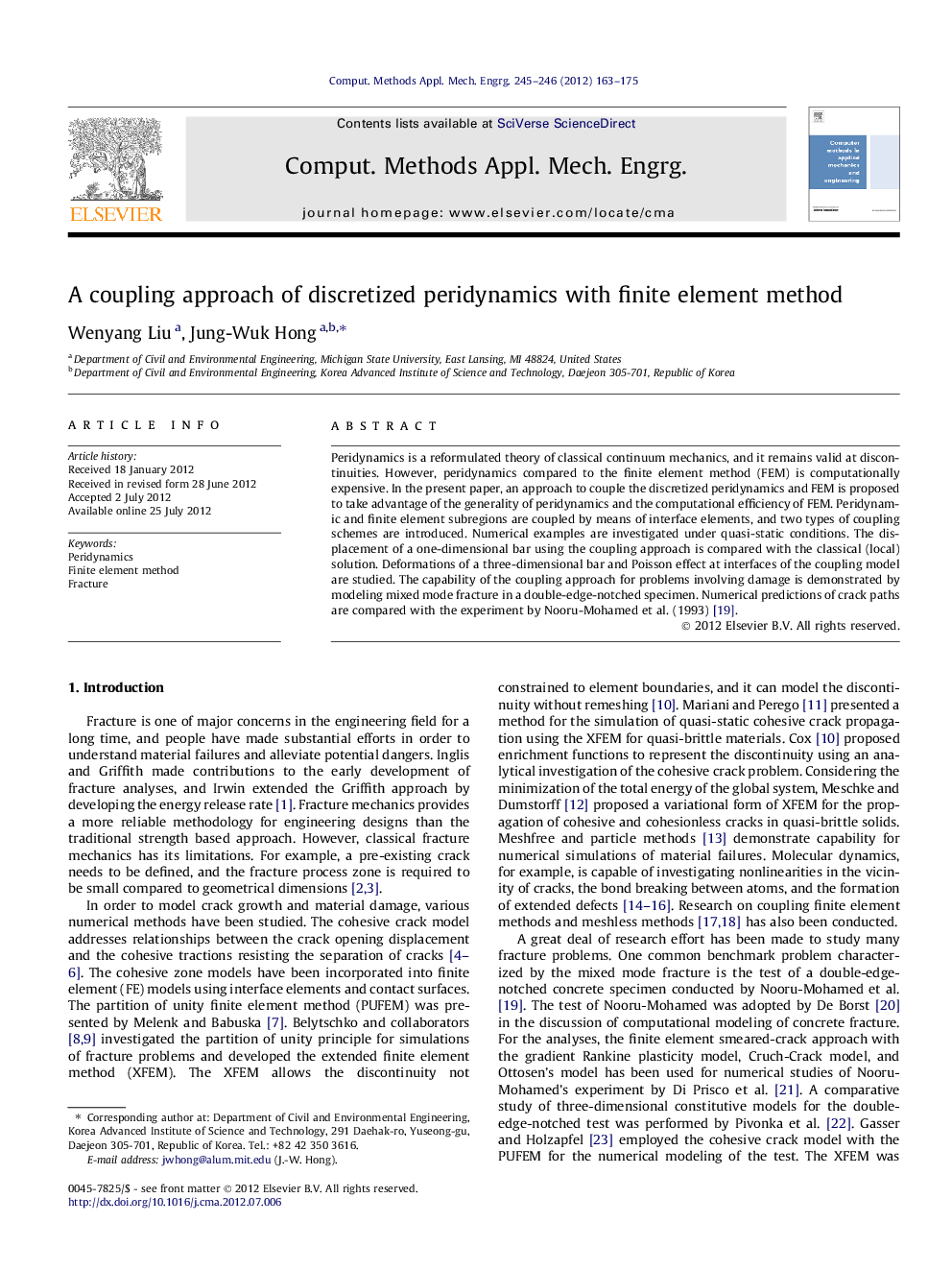 Peridynamics is a reformulated theory of classical continuum mechanics, and it remains valid at discontinuities. However, peridynamics compared to the finite element method (FEM) is computationally expensive. In the present paper, an approach to couple the discretized peridynamics and FEM is proposed to take advantage of the generality of peridynamics and the computational efficiency of FEM. Peridynamic and finite element subregions are coupled by means of interface elements, and two types of coupling schemes are introduced. Numerical examples are investigated under quasi-static conditions. The displacement of a one-dimensional bar using the coupling approach is compared with the classical (local) solution. Deformations of a three-dimensional bar and Poisson effect at interfaces of the coupling model are studied. The capability of the coupling approach for problems involving damage is demonstrated by modeling mixed mode fracture in a double-edge-notched specimen. Numerical predictions of crack paths are compared with the experiment by Nooru-Mohamed et al. (1993) [19].