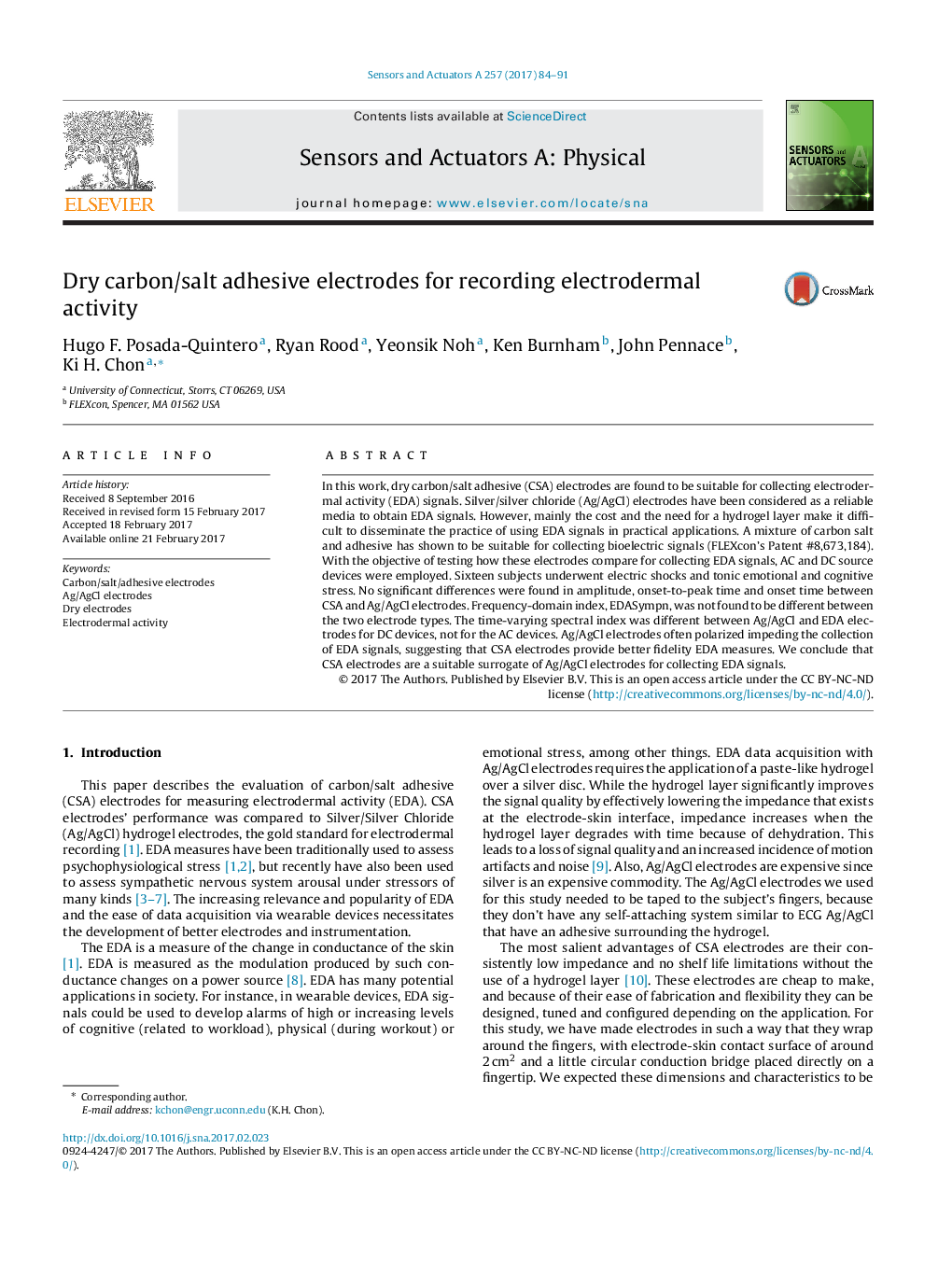 In this work, dry carbon/salt adhesive (CSA) electrodes are found to be suitable for collecting electrodermal activity (EDA) signals. Silver/silver chloride (Ag/AgCl) electrodes have been considered as a reliable media to obtain EDA signals. However, mainly the cost and the need for a hydrogel layer make it difficult to disseminate the practice of using EDA signals in practical applications. A mixture of carbon salt and adhesive has shown to be suitable for collecting bioelectric signals (FLEXcon's Patent #8,673,184). With the objective of testing how these electrodes compare for collecting EDA signals, AC and DC source devices were employed. Sixteen subjects underwent electric shocks and tonic emotional and cognitive stress. No significant differences were found in amplitude, onset-to-peak time and onset time between CSA and Ag/AgCl electrodes. Frequency-domain index, EDASympn, was not found to be different between the two electrode types. The time-varying spectral index was different between Ag/AgCl and EDA electrodes for DC devices, not for the AC devices. Ag/AgCl electrodes often polarized impeding the collection of EDA signals, suggesting that CSA electrodes provide better fidelity EDA measures. We conclude that CSA electrodes are a suitable surrogate of Ag/AgCl electrodes for collecting EDA signals.