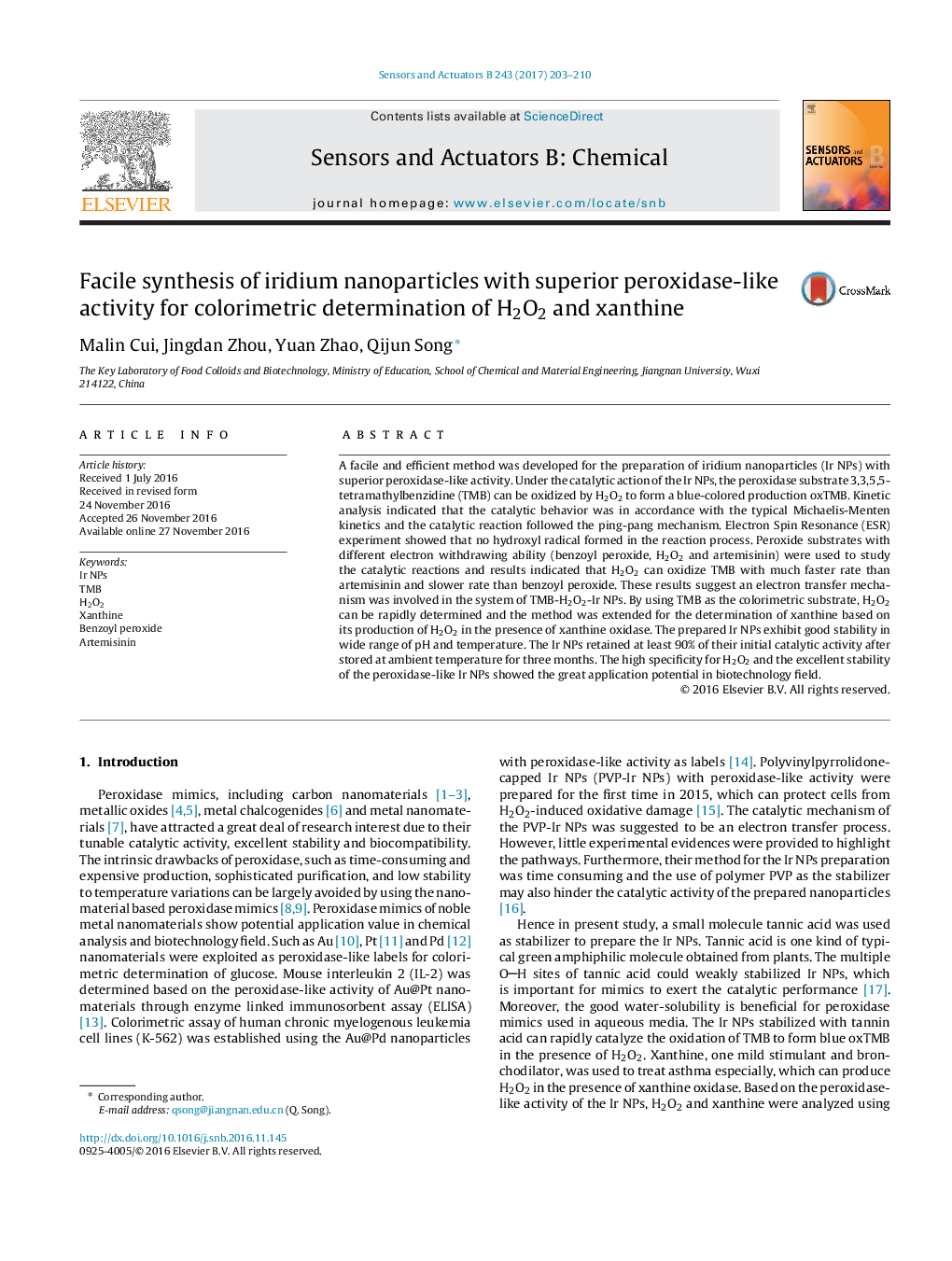 A facile and efficient method was developed for the preparation of iridium nanoparticles (Ir NPs) with superior peroxidase-like activity. Under the catalytic action of the Ir NPs, the peroxidase substrate 3,3,5,5-tetramathylbenzidine (TMB) can be oxidized by H2O2 to form a blue-colored production oxTMB. Kinetic analysis indicated that the catalytic behavior was in accordance with the typical Michaelis-Menten kinetics and the catalytic reaction followed the ping-pang mechanism. Electron Spin Resonance (ESR) experiment showed that no hydroxyl radical formed in the reaction process. Peroxide substrates with different electron withdrawing ability (benzoyl peroxide, H2O2 and artemisinin) were used to study the catalytic reactions and results indicated that H2O2 can oxidize TMB with much faster rate than artemisinin and slower rate than benzoyl peroxide. These results suggest an electron transfer mechanism was involved in the system of TMB-H2O2-Ir NPs. By using TMB as the colorimetric substrate, H2O2 can be rapidly determined and the method was extended for the determination of xanthine based on its production of H2O2 in the presence of xanthine oxidase. The prepared Ir NPs exhibit good stability in wide range of pH and temperature. The Ir NPs retained at least 90% of their initial catalytic activity after stored at ambient temperature for three months. The high specificity for H2O2 and the excellent stability of the peroxidase-like Ir NPs showed the great application potential in biotechnology field.

Iridium nanoparticles (Ir NPs) peroxidase-like mimic was prepared using nature stabilizer tannin acid with one-pot production in aqueous solution. Based on the electron transfer mechanism, the Ir NPs can be used for the catalytically oxidizing of TMB with H2O2 to form blue oxTMB.96