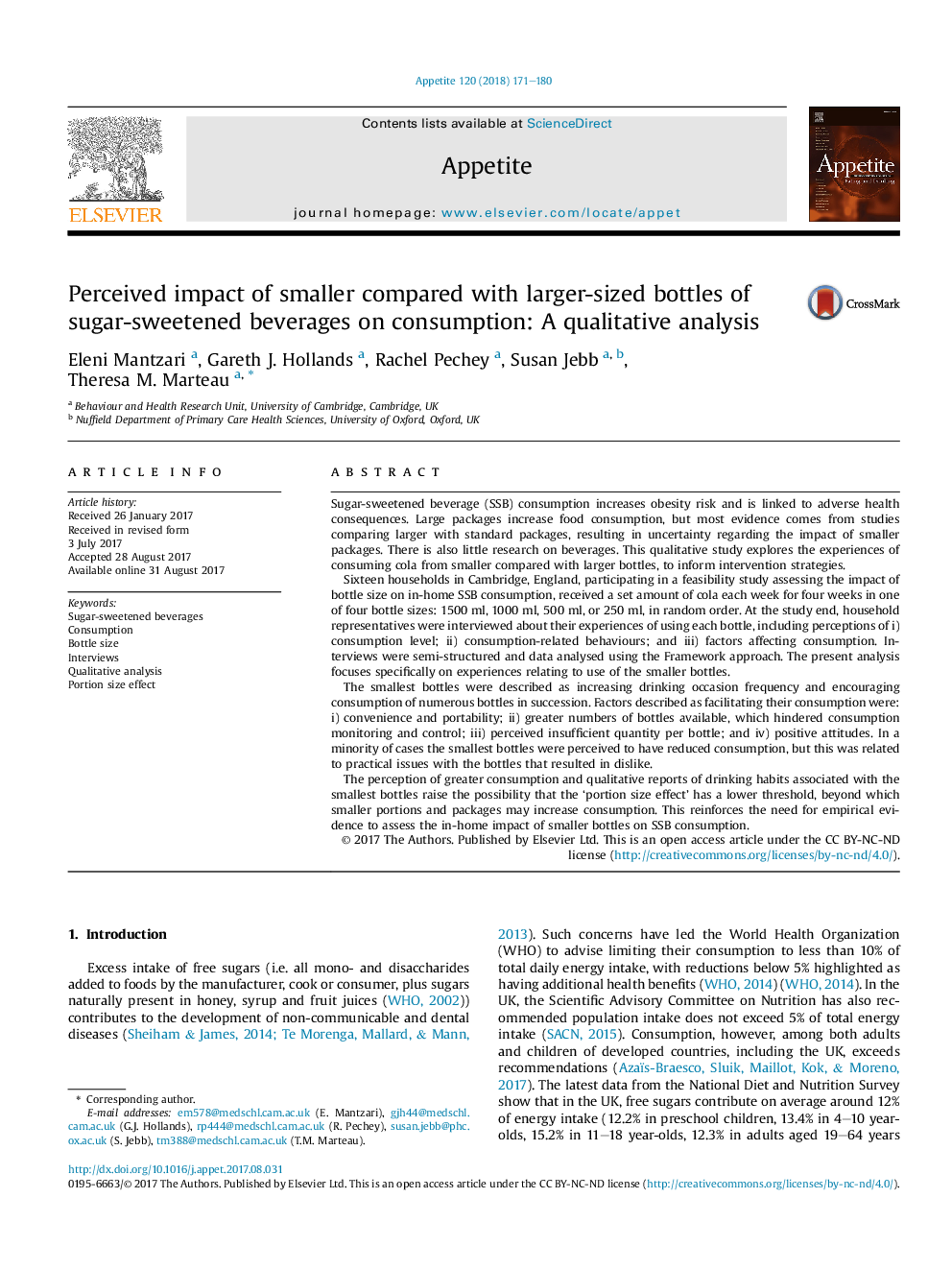 Sugar-sweetened beverage (SSB) consumption increases obesity risk and is linked to adverse health consequences. Large packages increase food consumption, but most evidence comes from studies comparing larger with standard packages, resulting in uncertainty regarding the impact of smaller packages. There is also little research on beverages. This qualitative study explores the experiences of consuming cola from smaller compared with larger bottles, to inform intervention strategies.Sixteen households in Cambridge, England, participating in a feasibility study assessing the impact of bottle size on in-home SSB consumption, received a set amount of cola each week for four weeks in one of four bottle sizes: 1500Â ml, 1000Â ml, 500Â ml, or 250Â ml, in random order. At the study end, household representatives were interviewed about their experiences of using each bottle, including perceptions of i) consumption level; ii) consumption-related behaviours; and iii) factors affecting consumption. Interviews were semi-structured and data analysed using the Framework approach. The present analysis focuses specifically on experiences relating to use of the smaller bottles.The smallest bottles were described as increasing drinking occasion frequency and encouraging consumption of numerous bottles in succession. Factors described as facilitating their consumption were: i) convenience and portability; ii) greater numbers of bottles available, which hindered consumption monitoring and control; iii) perceived insufficient quantity per bottle; and iv) positive attitudes. In a minority of cases the smallest bottles were perceived to have reduced consumption, but this was related to practical issues with the bottles that resulted in dislike.The perception of greater consumption and qualitative reports of drinking habits associated with the smallest bottles raise the possibility that the 'portion size effect' has a lower threshold, beyond which smaller portions and packages may increase consumption. This reinforces the need for empirical evidence to assess the in-home impact of smaller bottles on SSB consumption.