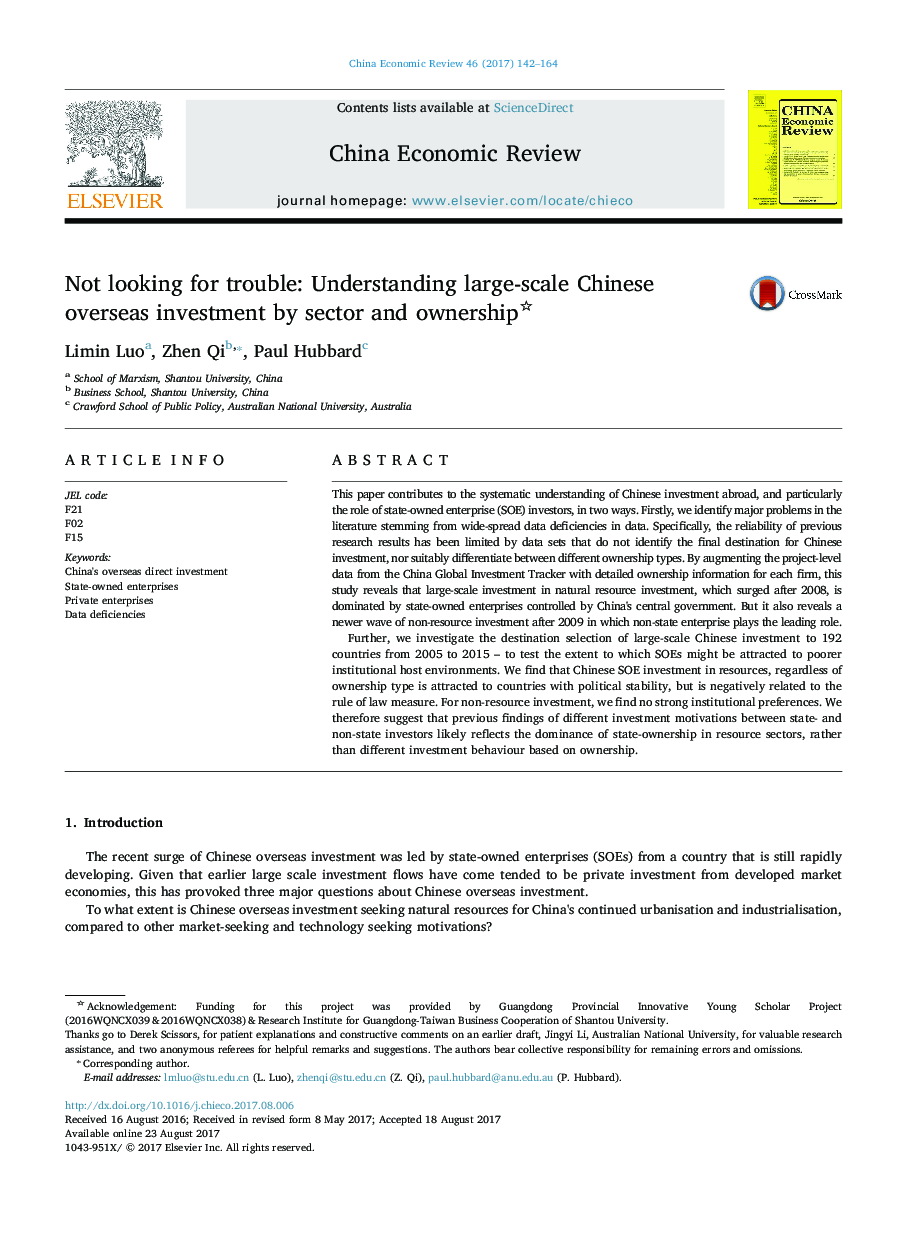 - Previous research was limited by data sets that do not identify the final destination, nor differentiate between different ownership types.
- The distribution of Chinese ODI is extremely uneven: 90% of Chinese ODI came from 2% of China's officially approved overseas projects.
- Chinese SOE investment in resources, regardless of ownership type is attracted to countries with political stability.
- Previous findings of different motivations between SOE and non-SOE likely reflects the dominance of state-ownership in resource sectors.

This paper contributes to the systematic understanding of Chinese investment abroad, and particularly the role of state-owned enterprise (SOE) investors, in two ways. Firstly, we identify major problems in the literature stemming from wide-spread data deficiencies in data. Specifically, the reliability of previous research results has been limited by data sets that do not identify the final destination for Chinese investment, nor suitably differentiate between different ownership types. By augmenting the project-level data from the China Global Investment Tracker with detailed ownership information for each firm, this study reveals that large-scale investment in natural resource investment, which surged after 2008, is dominated by state-owned enterprises controlled by China's central government. But it also reveals a newer wave of non-resource investment after 2009 in which non-state enterprise plays the leading role.Further, we investigate the destination selection of large-scale Chinese investment to 192 countries from 2005 to 2015 - to test the extent to which SOEs might be attracted to poorer institutional host environments. We find that Chinese SOE investment in resources, regardless of ownership type is attracted to countries with political stability, but is negatively related to the rule of law measure. For non-resource investment, we find no strong institutional preferences. We therefore suggest that previous findings of different investment motivations between state- and non-state investors likely reflects the dominance of state-ownership in resource sectors, rather than different investment behaviour based on ownership.