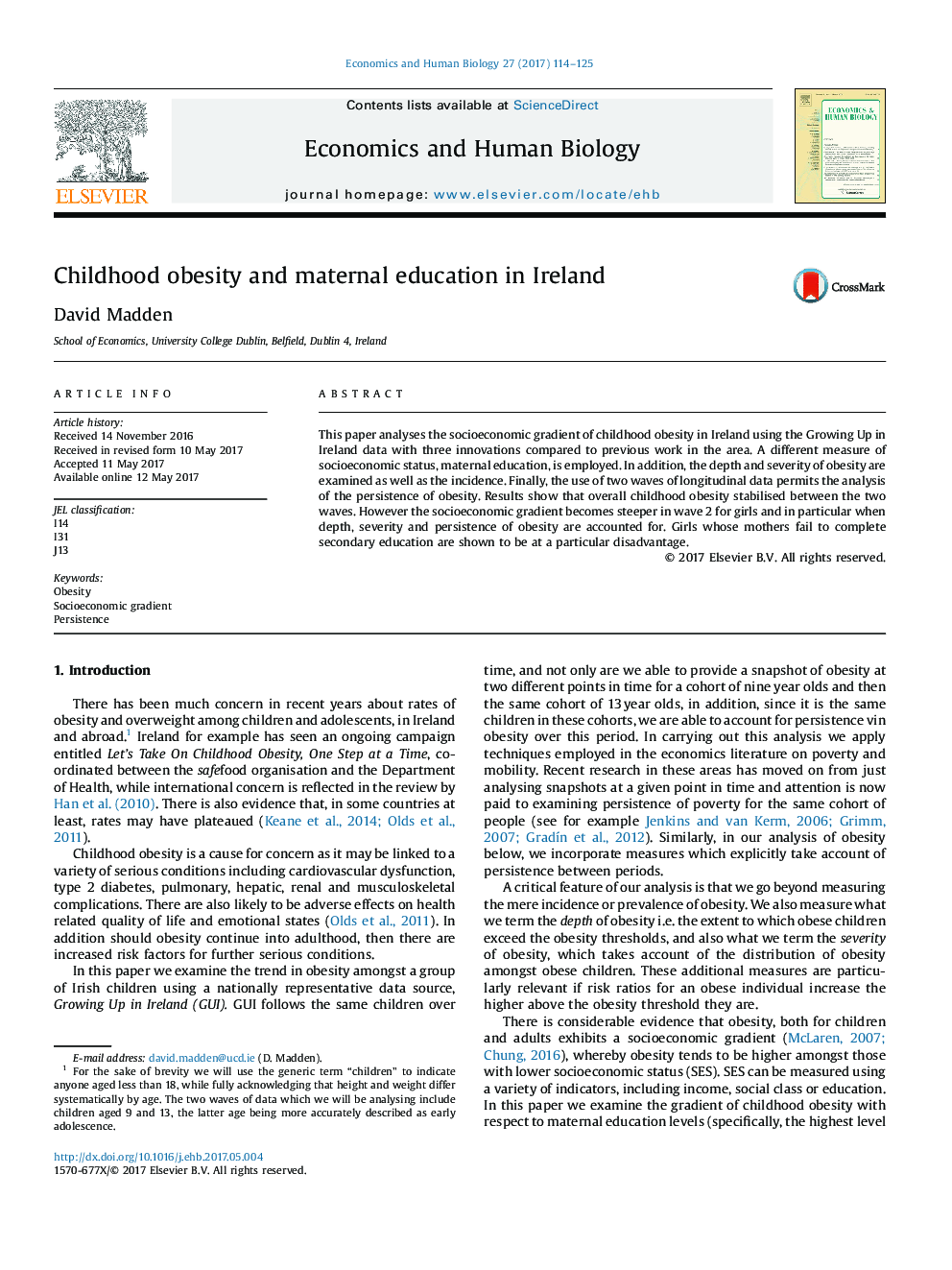 This paper analyses the socioeconomic gradient of childhood obesity in Ireland using the Growing Up in Ireland data with three innovations compared to previous work in the area. A different measure of socioeconomic status, maternal education, is employed. In addition, the depth and severity of obesity are examined as well as the incidence. Finally, the use of two waves of longitudinal data permits the analysis of the persistence of obesity. Results show that overall childhood obesity stabilised between the two waves. However the socioeconomic gradient becomes steeper in wave 2 for girls and in particular when depth, severity and persistence of obesity are accounted for. Girls whose mothers fail to complete secondary education are shown to be at a particular disadvantage.