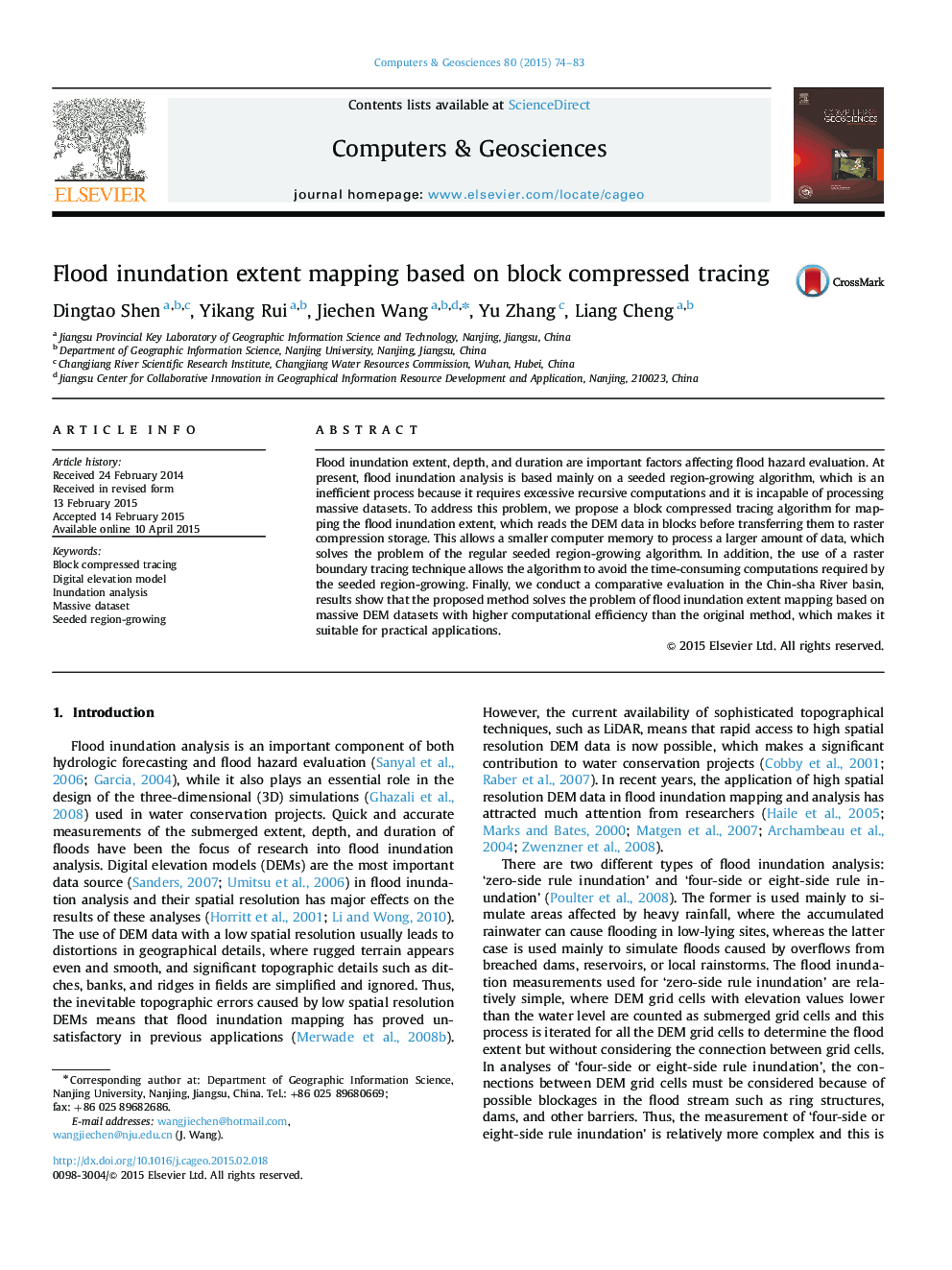 • We have developed a block compressed tracing method for flood extent mapping.
• Run-length encoding and raster boundary tracing techniques are applied.
• The problem of flood extent mapping based on massive DEM datasets is solved.
• Our method has advantages of higher efficiency and lower memory requirements.

Flood inundation extent, depth, and duration are important factors affecting flood hazard evaluation. At present, flood inundation analysis is based mainly on a seeded region-growing algorithm, which is an inefficient process because it requires excessive recursive computations and it is incapable of processing massive datasets. To address this problem, we propose a block compressed tracing algorithm for mapping the flood inundation extent, which reads the DEM data in blocks before transferring them to raster compression storage. This allows a smaller computer memory to process a larger amount of data, which solves the problem of the regular seeded region-growing algorithm. In addition, the use of a raster boundary tracing technique allows the algorithm to avoid the time-consuming computations required by the seeded region-growing. Finally, we conduct a comparative evaluation in the Chin-sha River basin, results show that the proposed method solves the problem of flood inundation extent mapping based on massive DEM datasets with higher computational efficiency than the original method, which makes it suitable for practical applications.