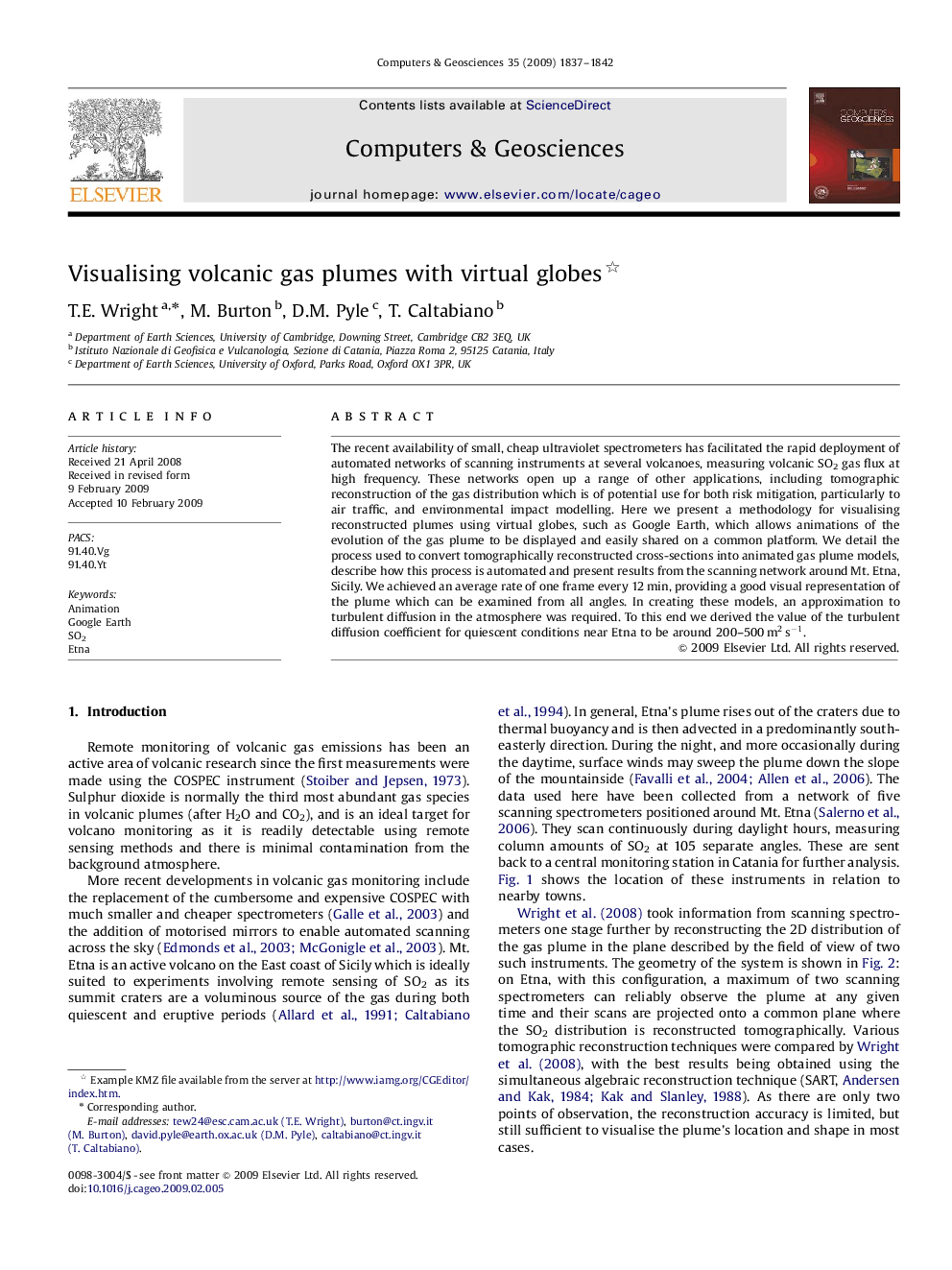 The recent availability of small, cheap ultraviolet spectrometers has facilitated the rapid deployment of automated networks of scanning instruments at several volcanoes, measuring volcanic SO2 gas flux at high frequency. These networks open up a range of other applications, including tomographic reconstruction of the gas distribution which is of potential use for both risk mitigation, particularly to air traffic, and environmental impact modelling. Here we present a methodology for visualising reconstructed plumes using virtual globes, such as Google Earth, which allows animations of the evolution of the gas plume to be displayed and easily shared on a common platform. We detail the process used to convert tomographically reconstructed cross-sections into animated gas plume models, describe how this process is automated and present results from the scanning network around Mt. Etna, Sicily. We achieved an average rate of one frame every 12 min, providing a good visual representation of the plume which can be examined from all angles. In creating these models, an approximation to turbulent diffusion in the atmosphere was required. To this end we derived the value of the turbulent diffusion coefficient for quiescent conditions near Etna to be around 200–500m2s-1.