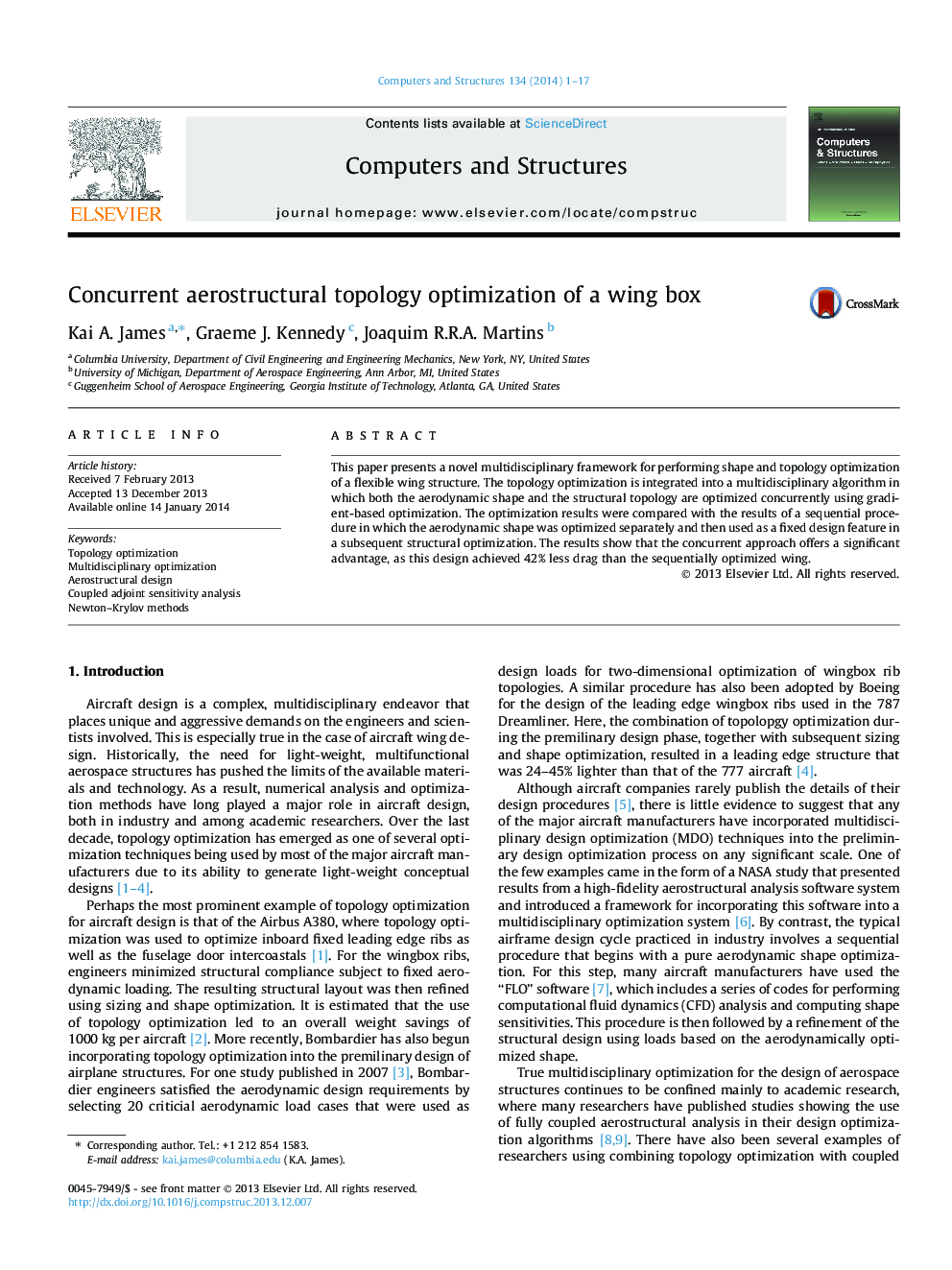 • We optimize the structural topology of a flexible wing using an MDO framework.
• We implement a coupled aeroelastic solver for modeling the wing structure.
• We use a coupled adjoint method to analytically compute sensitivities.
• Results show that MDO method outperforms conventional approaches.

This paper presents a novel multidisciplinary framework for performing shape and topology optimization of a flexible wing structure. The topology optimization is integrated into a multidisciplinary algorithm in which both the aerodynamic shape and the structural topology are optimized concurrently using gradient-based optimization. The optimization results were compared with the results of a sequential procedure in which the aerodynamic shape was optimized separately and then used as a fixed design feature in a subsequent structural optimization. The results show that the concurrent approach offers a significant advantage, as this design achieved 42% less drag than the sequentially optimized wing.