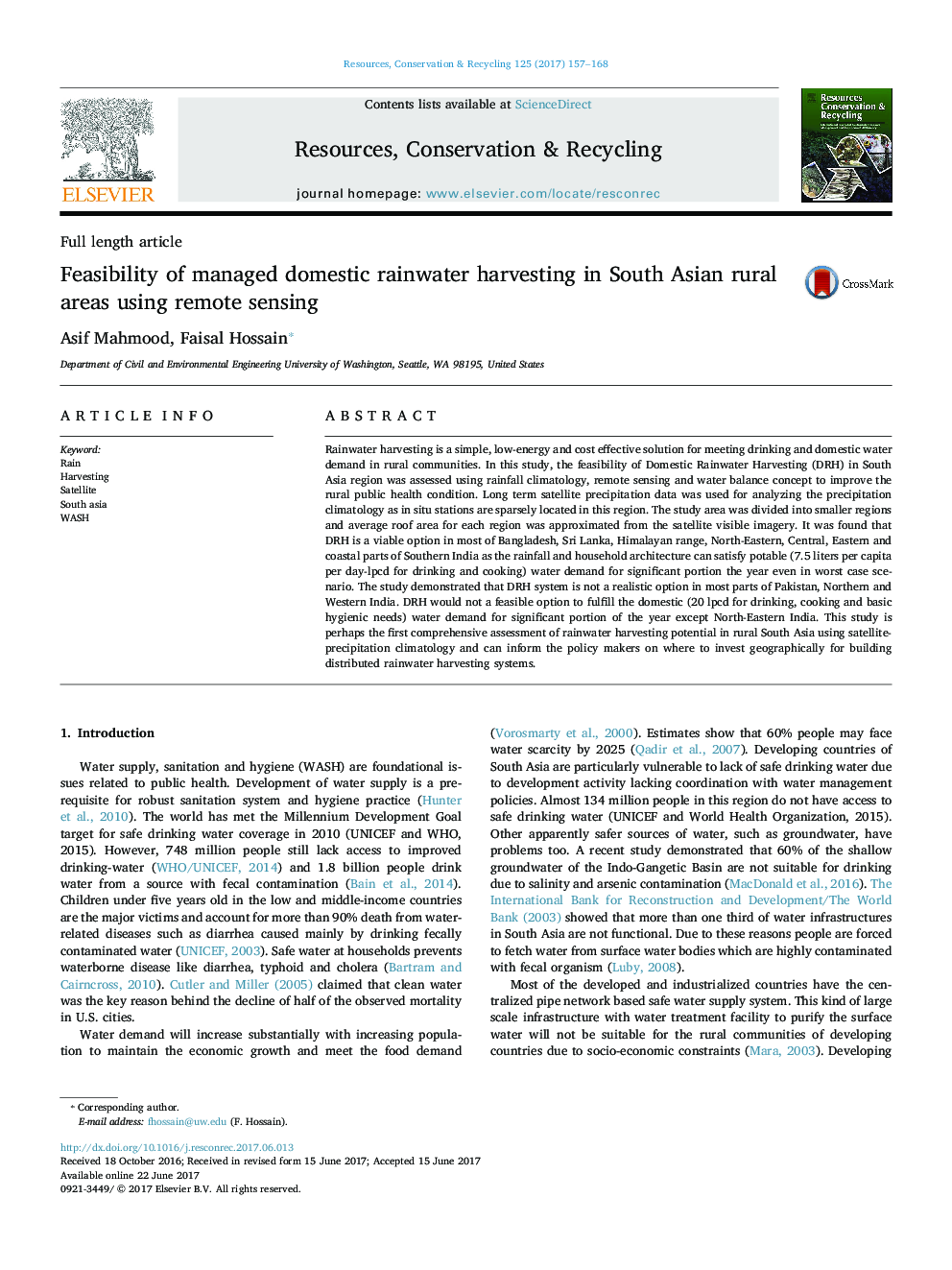 - Almost all regions of South-Asia show positive or no trend in annual precipitation.
- Most regions of Pakistan and Western India are not rainwater harvest-friendly.
- An 8m3 tank can satisfy the potable water demand in most parts of South Asia.

Rainwater harvesting is a simple, low-energy and cost effective solution for meeting drinking and domestic water demand in rural communities. In this study, the feasibility of Domestic Rainwater Harvesting (DRH) in South Asia region was assessed using rainfall climatology, remote sensing and water balance concept to improve the rural public health condition. Long term satellite precipitation data was used for analyzing the precipitation climatology as in situ stations are sparsely located in this region. The study area was divided into smaller regions and average roof area for each region was approximated from the satellite visible imagery. It was found that DRH is a viable option in most of Bangladesh, Sri Lanka, Himalayan range, North-Eastern, Central, Eastern and coastal parts of Southern India as the rainfall and household architecture can satisfy potable (7.5Â liters per capita per day-lpcd for drinking and cooking) water demand for significant portion the year even in worst case scenario. The study demonstrated that DRH system is not a realistic option in most parts of Pakistan, Northern and Western India. DRH would not a feasible option to fulfill the domestic (20 lpcd for drinking, cooking and basic hygienic needs) water demand for significant portion of the year except North-Eastern India. This study is perhaps the first comprehensive assessment of rainwater harvesting potential in rural South Asia using satellite-precipitation climatology and can inform the policy makers on where to invest geographically for building distributed rainwater harvesting systems.