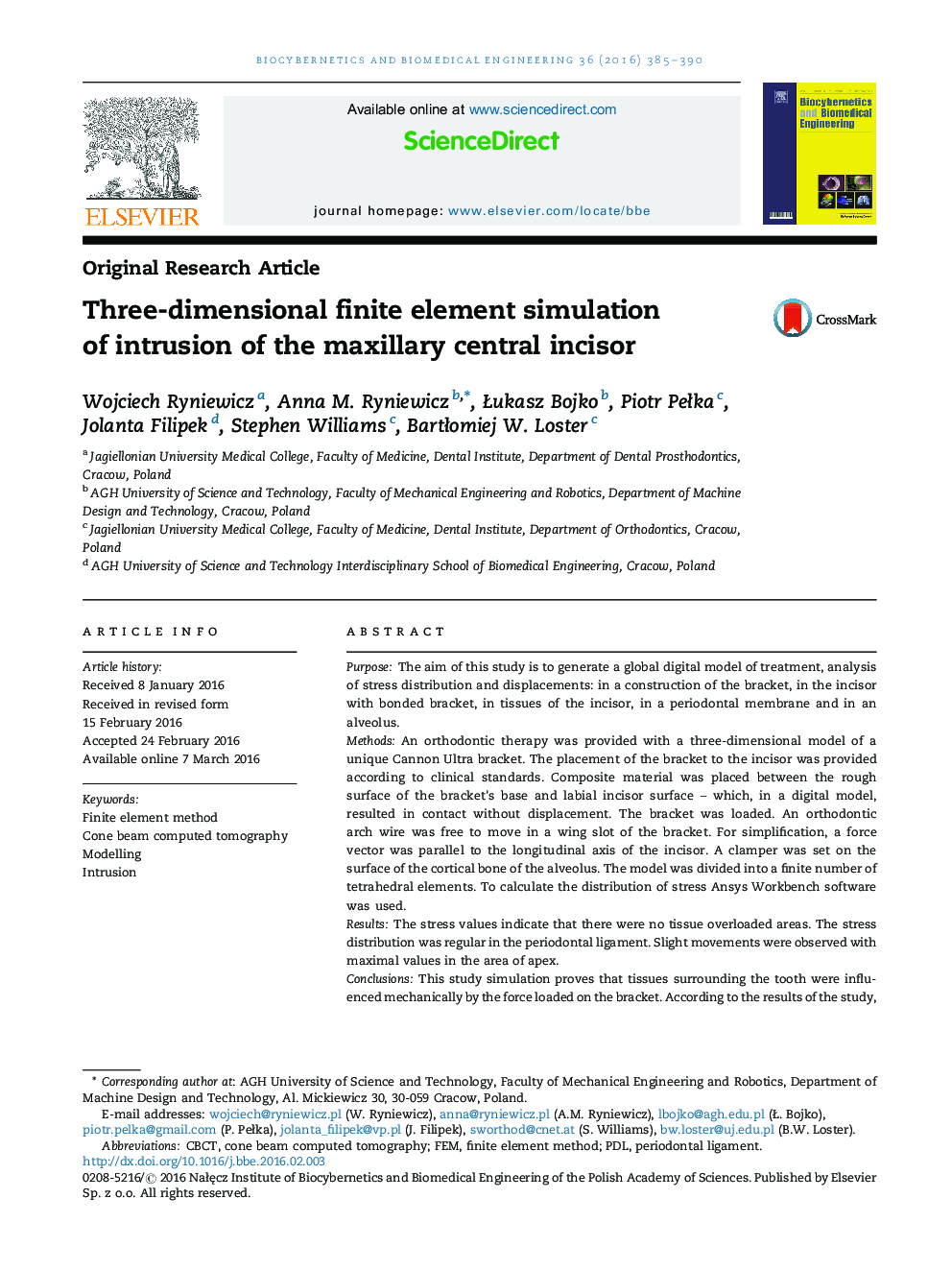 PurposeThe aim of this study is to generate a global digital model of treatment, analysis of stress distribution and displacements: in a construction of the bracket, in the incisor with bonded bracket, in tissues of the incisor, in a periodontal membrane and in an alveolus.MethodsAn orthodontic therapy was provided with a three-dimensional model of a unique Cannon Ultra bracket. The placement of the bracket to the incisor was provided according to clinical standards. Composite material was placed between the rough surface of the bracket's base and labial incisor surface – which, in a digital model, resulted in contact without displacement. The bracket was loaded. An orthodontic arch wire was free to move in a wing slot of the bracket. For simplification, a force vector was parallel to the longitudinal axis of the incisor. A clamper was set on the surface of the cortical bone of the alveolus. The model was divided into a finite number of tetrahedral elements. To calculate the distribution of stress Ansys Workbench software was used.ResultsThe stress values indicate that there were no tissue overloaded areas. The stress distribution was regular in the periodontal ligament. Slight movements were observed with maximal values in the area of apex.ConclusionsThis study simulation proves that tissues surrounding the tooth were influenced mechanically by the force loaded on the bracket. According to the results of the study, the simulated treatment should be successful. The bracket transferred the load from the wire to the alveolar ridge.