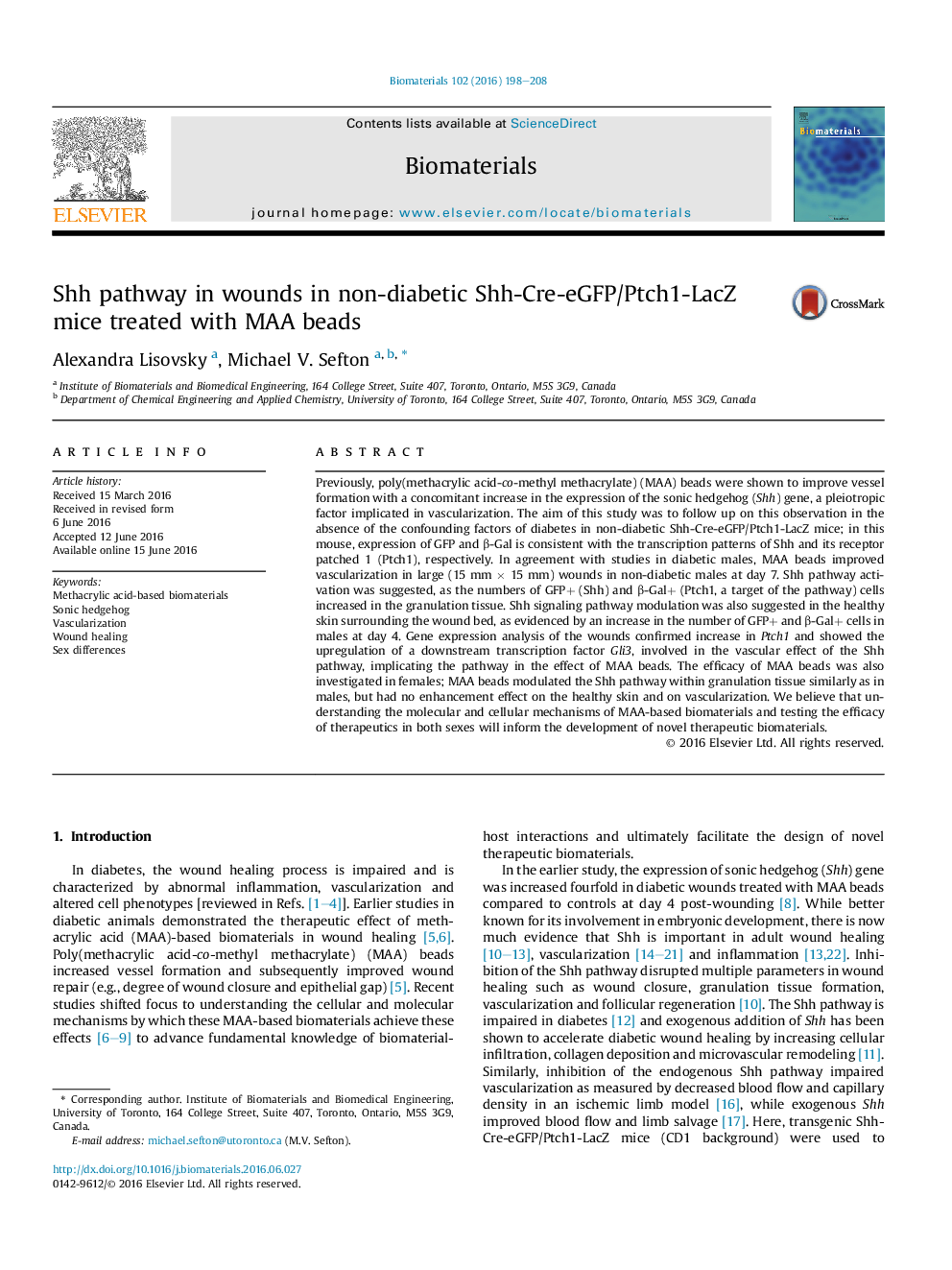 Previously, poly(methacrylic acid-co-methyl methacrylate) (MAA) beads were shown to improve vessel formation with a concomitant increase in the expression of the sonic hedgehog (Shh) gene, a pleiotropic factor implicated in vascularization. The aim of this study was to follow up on this observation in the absence of the confounding factors of diabetes in non-diabetic Shh-Cre-eGFP/Ptch1-LacZ mice; in this mouse, expression of GFP and β-Gal is consistent with the transcription patterns of Shh and its receptor patched 1 (Ptch1), respectively. In agreement with studies in diabetic males, MAA beads improved vascularization in large (15 mm × 15 mm) wounds in non-diabetic males at day 7. Shh pathway activation was suggested, as the numbers of GFP+ (Shh) and β-Gal+ (Ptch1, a target of the pathway) cells increased in the granulation tissue. Shh signaling pathway modulation was also suggested in the healthy skin surrounding the wound bed, as evidenced by an increase in the number of GFP+ and β-Gal+ cells in males at day 4. Gene expression analysis of the wounds confirmed increase in Ptch1 and showed the upregulation of a downstream transcription factor Gli3, involved in the vascular effect of the Shh pathway, implicating the pathway in the effect of MAA beads. The efficacy of MAA beads was also investigated in females; MAA beads modulated the Shh pathway within granulation tissue similarly as in males, but had no enhancement effect on the healthy skin and on vascularization. We believe that understanding the molecular and cellular mechanisms of MAA-based biomaterials and testing the efficacy of therapeutics in both sexes will inform the development of novel therapeutic biomaterials.