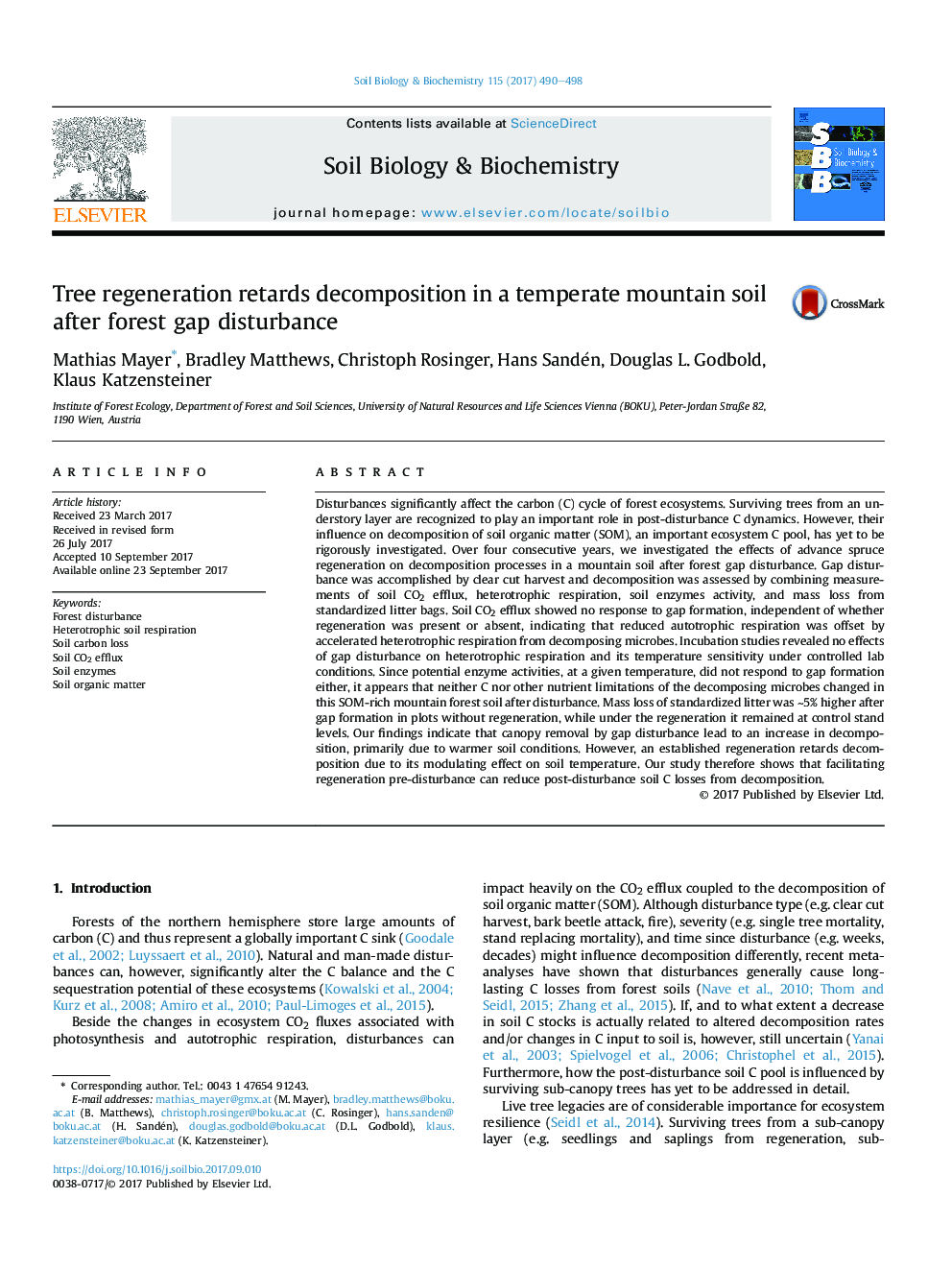 Disturbances significantly affect the carbon (C) cycle of forest ecosystems. Surviving trees from an understory layer are recognized to play an important role in post-disturbance C dynamics. However, their influence on decomposition of soil organic matter (SOM), an important ecosystem C pool, has yet to be rigorously investigated. Over four consecutive years, we investigated the effects of advance spruce regeneration on decomposition processes in a mountain soil after forest gap disturbance. Gap disturbance was accomplished by clear cut harvest and decomposition was assessed by combining measurements of soil CO2 efflux, heterotrophic respiration, soil enzymes activity, and mass loss from standardized litter bags. Soil CO2 efflux showed no response to gap formation, independent of whether regeneration was present or absent, indicating that reduced autotrophic respiration was offset by accelerated heterotrophic respiration from decomposing microbes. Incubation studies revealed no effects of gap disturbance on heterotrophic respiration and its temperature sensitivity under controlled lab conditions. Since potential enzyme activities, at a given temperature, did not respond to gap formation either, it appears that neither C nor other nutrient limitations of the decomposing microbes changed in this SOM-rich mountain forest soil after disturbance. Mass loss of standardized litter was â¼5% higher after gap formation in plots without regeneration, while under the regeneration it remained at control stand levels. Our findings indicate that canopy removal by gap disturbance lead to an increase in decomposition, primarily due to warmer soil conditions. However, an established regeneration retards decomposition due to its modulating effect on soil temperature. Our study therefore shows that facilitating regeneration pre-disturbance can reduce post-disturbance soil C losses from decomposition.