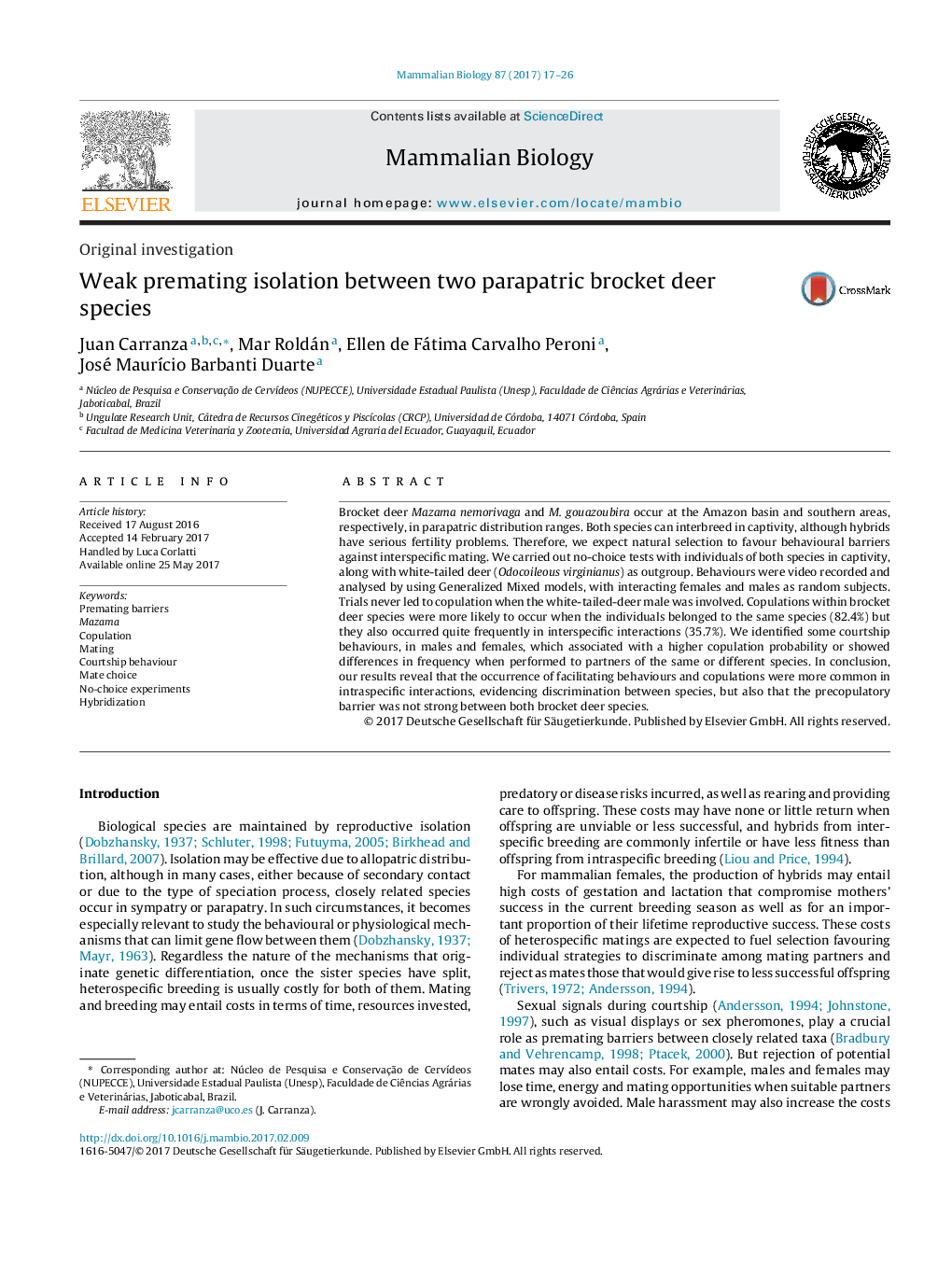 Brocket deer Mazama nemorivaga and M. gouazoubira occur at the Amazon basin and southern areas, respectively, in parapatric distribution ranges. Both species can interbreed in captivity, although hybrids have serious fertility problems. Therefore, we expect natural selection to favour behavioural barriers against interspecific mating. We carried out no-choice tests with individuals of both species in captivity, along with white-tailed deer (Odocoileous virginianus) as outgroup. Behaviours were video recorded and analysed by using Generalized Mixed models, with interacting females and males as random subjects. Trials never led to copulation when the white-tailed-deer male was involved. Copulations within brocket deer species were more likely to occur when the individuals belonged to the same species (82.4%) but they also occurred quite frequently in interspecific interactions (35.7%). We identified some courtship behaviours, in males and females, which associated with a higher copulation probability or showed differences in frequency when performed to partners of the same or different species. In conclusion, our results reveal that the occurrence of facilitating behaviours and copulations were more common in intraspecific interactions, evidencing discrimination between species, but also that the precopulatory barrier was not strong between both brocket deer species.