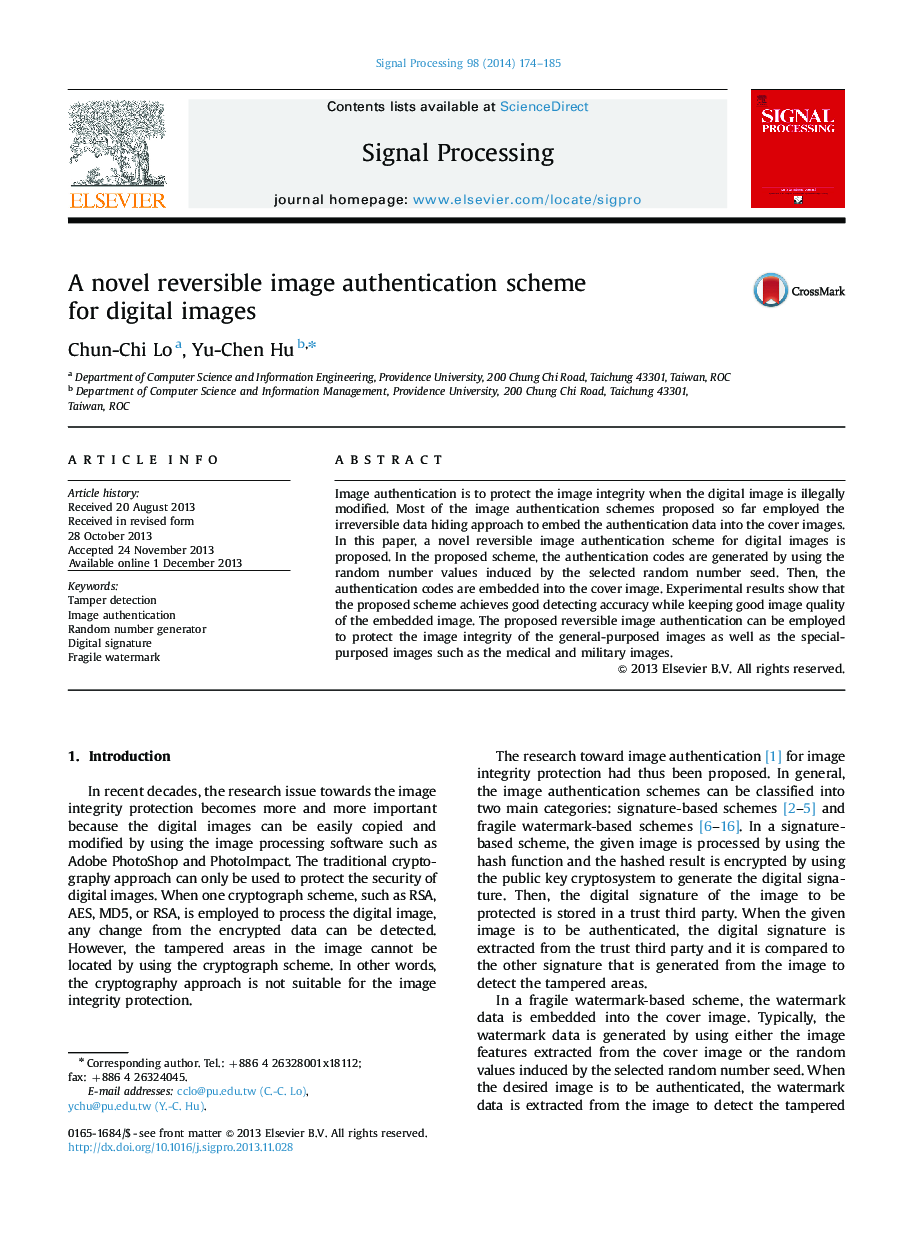 • In this paper, a reversible image authentication scheme based on predictive coding and histogram shifting is proposed.
• The block-based authentication codes are generated for tamper detection.
• The tampered areas in the modified image can be clearly detected.
• The image integrity of the general-purposed images as well as the special-purposed image can be protected by using the proposed scheme.