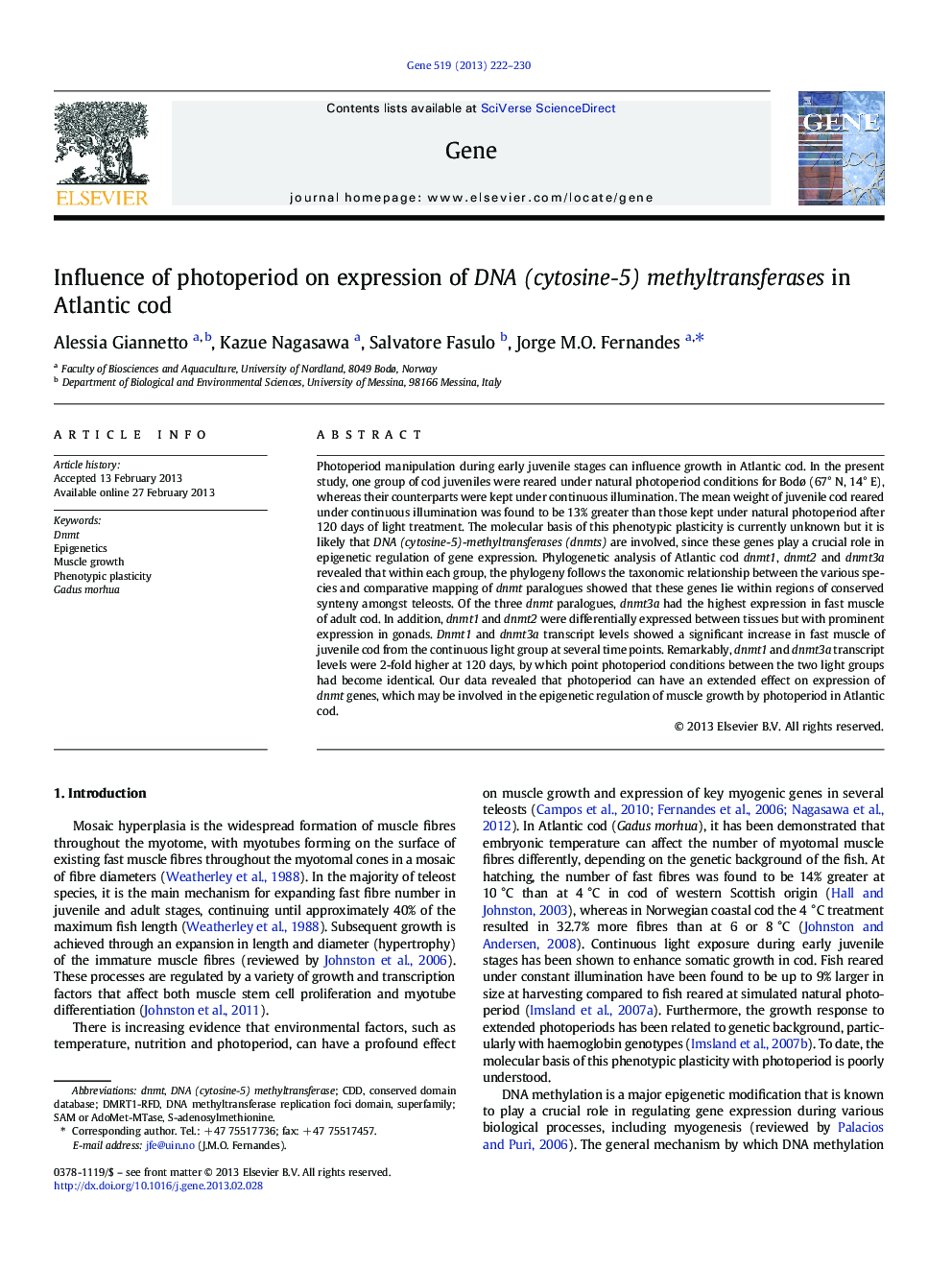 Photoperiod manipulation during early juvenile stages can influence growth in Atlantic cod. In the present study, one group of cod juveniles were reared under natural photoperiod conditions for BodÃ¸ (67Â° N, 14Â° E), whereas their counterparts were kept under continuous illumination. The mean weight of juvenile cod reared under continuous illumination was found to be 13% greater than those kept under natural photoperiod after 120Â days of light treatment. The molecular basis of this phenotypic plasticity is currently unknown but it is likely that DNA (cytosine-5)-methyltransferases (dnmts) are involved, since these genes play a crucial role in epigenetic regulation of gene expression. Phylogenetic analysis of Atlantic cod dnmt1, dnmt2 and dnmt3a revealed that within each group, the phylogeny follows the taxonomic relationship between the various species and comparative mapping of dnmt paralogues showed that these genes lie within regions of conserved synteny amongst teleosts. Of the three dnmt paralogues, dnmt3a had the highest expression in fast muscle of adult cod. In addition, dnmt1 and dnmt2 were differentially expressed between tissues but with prominent expression in gonads. Dnmt1 and dnmt3a transcript levels showed a significant increase in fast muscle of juvenile cod from the continuous light group at several time points. Remarkably, dnmt1 and dnmt3a transcript levels were 2-fold higher at 120Â days, by which point photoperiod conditions between the two light groups had become identical. Our data revealed that photoperiod can have an extended effect on expression of dnmt genes, which may be involved in the epigenetic regulation of muscle growth by photoperiod in Atlantic cod.