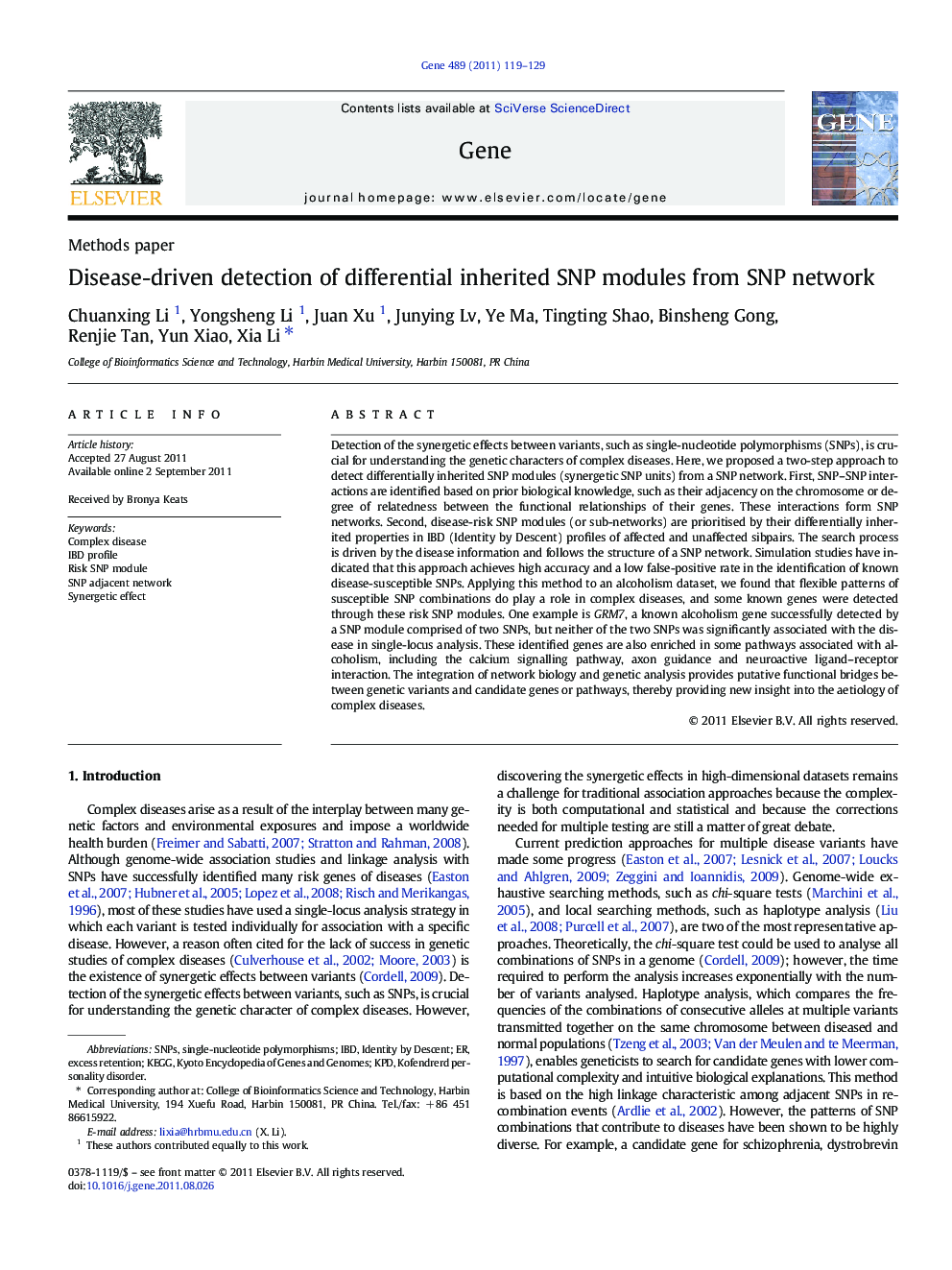 Detection of the synergetic effects between variants, such as single-nucleotide polymorphisms (SNPs), is crucial for understanding the genetic characters of complex diseases. Here, we proposed a two-step approach to detect differentially inherited SNP modules (synergetic SNP units) from a SNP network. First, SNP-SNP interactions are identified based on prior biological knowledge, such as their adjacency on the chromosome or degree of relatedness between the functional relationships of their genes. These interactions form SNP networks. Second, disease-risk SNP modules (or sub-networks) are prioritised by their differentially inherited properties in IBD (Identity by Descent) profiles of affected and unaffected sibpairs. The search process is driven by the disease information and follows the structure of a SNP network. Simulation studies have indicated that this approach achieves high accuracy and a low false-positive rate in the identification of known disease-susceptible SNPs. Applying this method to an alcoholism dataset, we found that flexible patterns of susceptible SNP combinations do play a role in complex diseases, and some known genes were detected through these risk SNP modules. One example is GRM7, a known alcoholism gene successfully detected by a SNP module comprised of two SNPs, but neither of the two SNPs was significantly associated with the disease in single-locus analysis. These identified genes are also enriched in some pathways associated with alcoholism, including the calcium signalling pathway, axon guidance and neuroactive ligand-receptor interaction. The integration of network biology and genetic analysis provides putative functional bridges between genetic variants and candidate genes or pathways, thereby providing new insight into the aetiology of complex diseases.