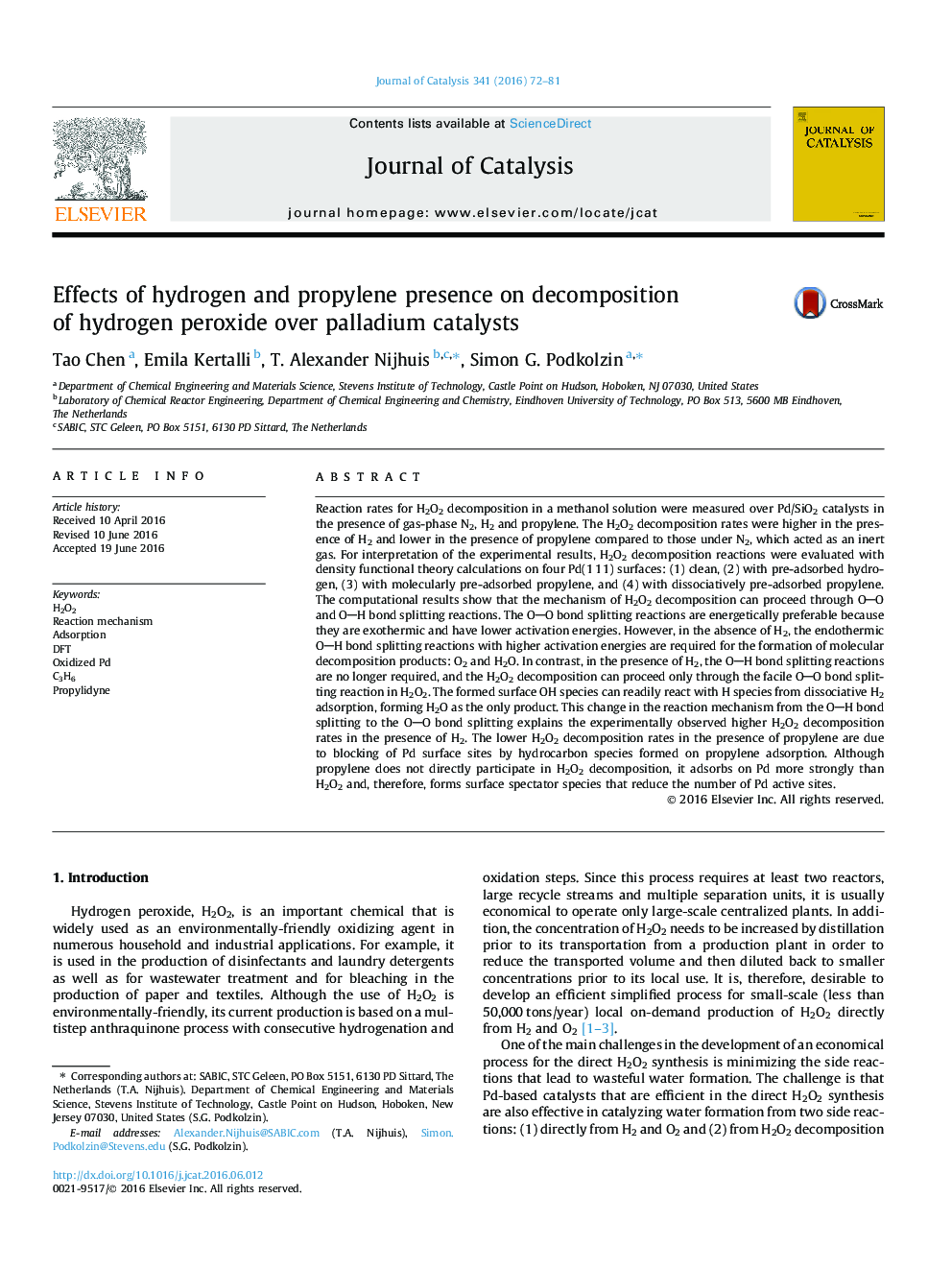 • H2O2 decomposition rates over Pd/SiO2 catalysts are higher in the presence of H2.
• The effect of H2 presence is attributed to a change in the reaction mechanism.
• The mechanism changes from O-H to more facile O-O bond splitting in H2O2.
• H2O2 decomposition rates are lower in the presence of C3H6.
• The effect of C3H6 presence is attributed to hydrocarbon spectator species on Pd.