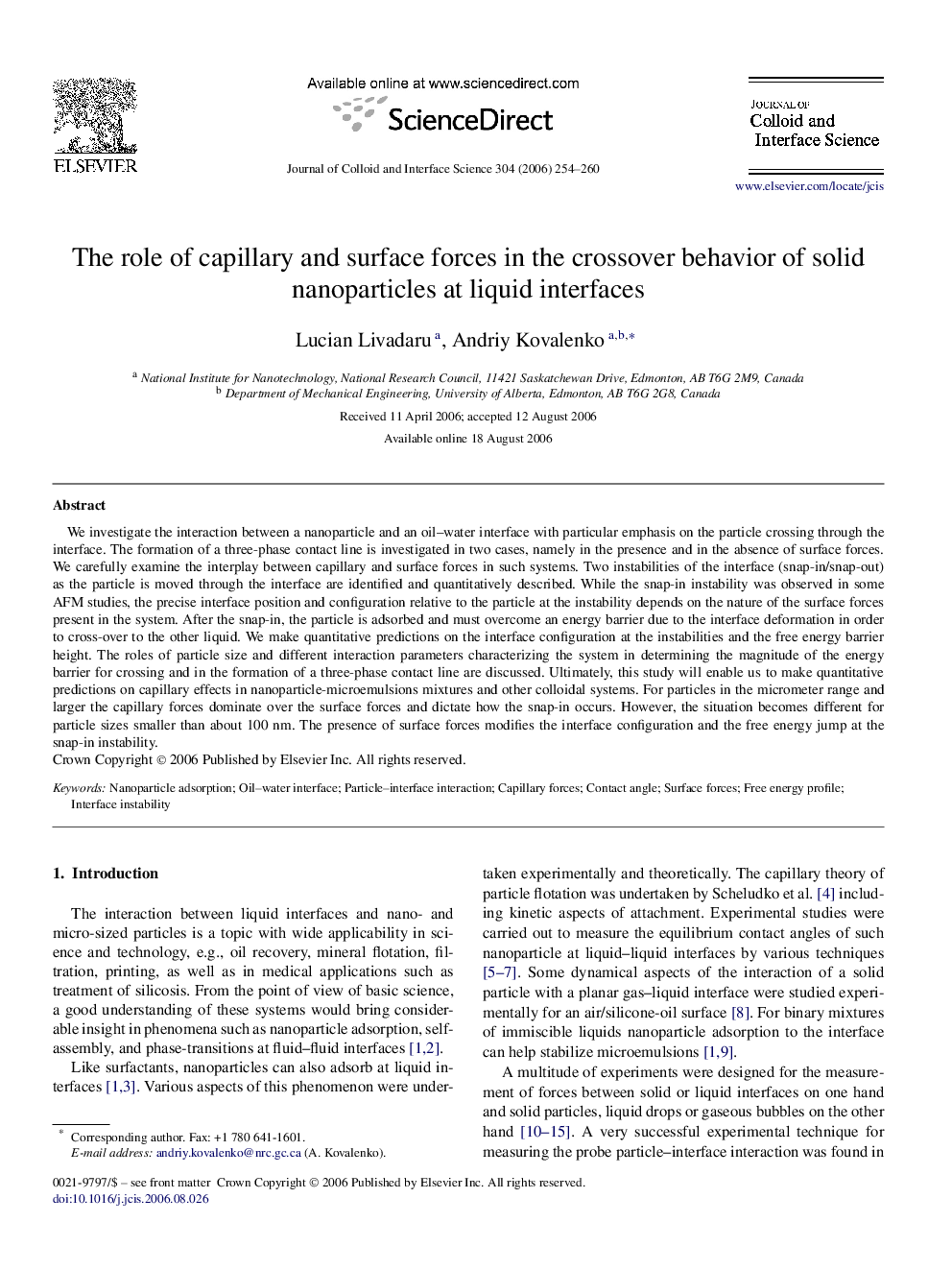 We investigate the interaction between a nanoparticle and an oil–water interface with particular emphasis on the particle crossing through the interface. The formation of a three-phase contact line is investigated in two cases, namely in the presence and in the absence of surface forces. We carefully examine the interplay between capillary and surface forces in such systems. Two instabilities of the interface (snap-in/snap-out) as the particle is moved through the interface are identified and quantitatively described. While the snap-in instability was observed in some AFM studies, the precise interface position and configuration relative to the particle at the instability depends on the nature of the surface forces present in the system. After the snap-in, the particle is adsorbed and must overcome an energy barrier due to the interface deformation in order to cross-over to the other liquid. We make quantitative predictions on the interface configuration at the instabilities and the free energy barrier height. The roles of particle size and different interaction parameters characterizing the system in determining the magnitude of the energy barrier for crossing and in the formation of a three-phase contact line are discussed. Ultimately, this study will enable us to make quantitative predictions on capillary effects in nanoparticle-microemulsions mixtures and other colloidal systems. For particles in the micrometer range and larger the capillary forces dominate over the surface forces and dictate how the snap-in occurs. However, the situation becomes different for particle sizes smaller than about 100 nm. The presence of surface forces modifies the interface configuration and the free energy jump at the snap-in instability.

Surface forces play an important role in the way a solid nanoparticle adsorbs to and deforms a liquid interface. We predict the position of the snap-in and snap-out instabilities as well as the free energy profiles as a result of the inerplay between capillary and surface forces.Figure optionsDownload as PowerPoint slide