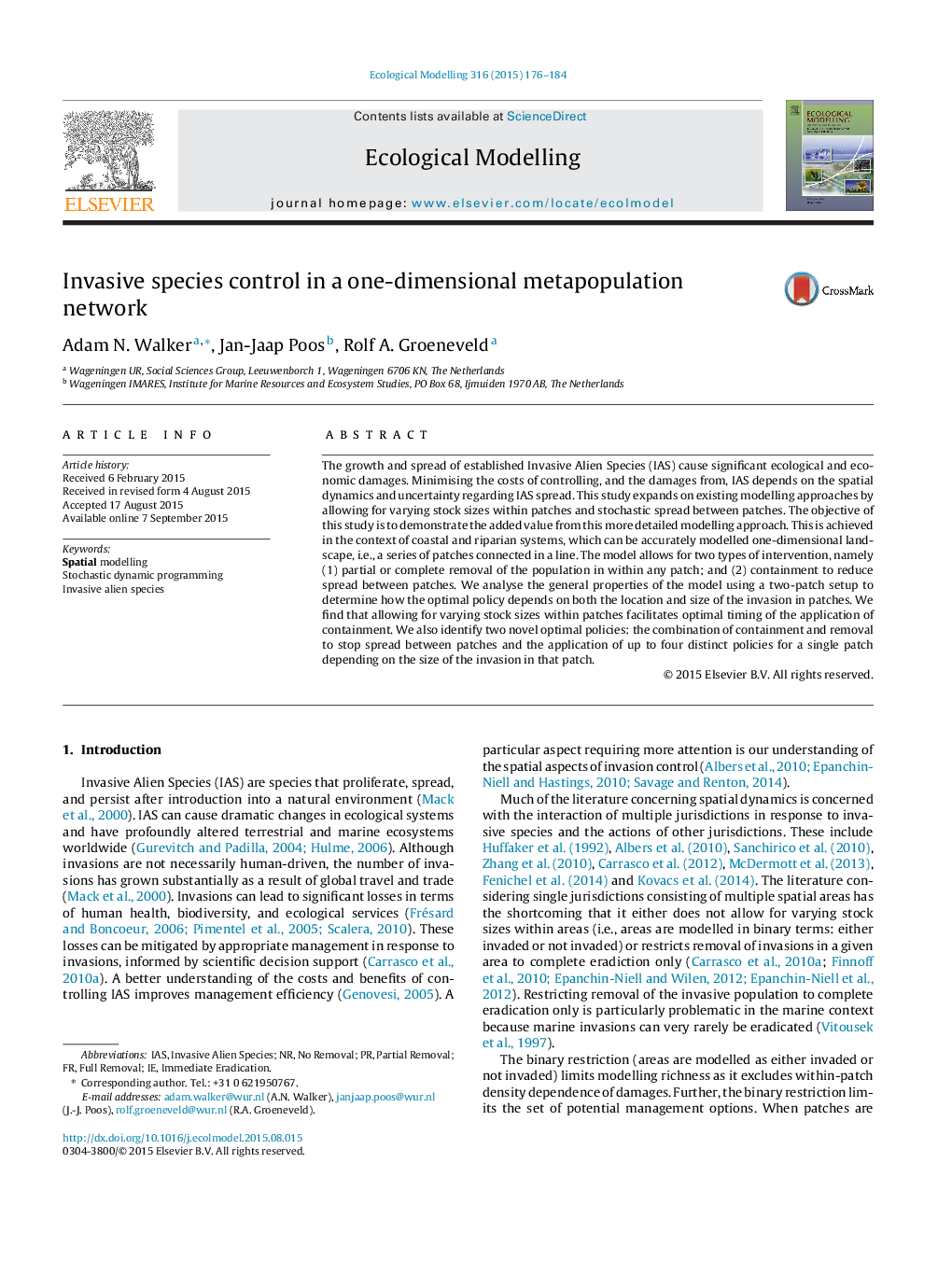 The growth and spread of established Invasive Alien Species (IAS) cause significant ecological and economic damages. Minimising the costs of controlling, and the damages from, IAS depends on the spatial dynamics and uncertainty regarding IAS spread. This study expands on existing modelling approaches by allowing for varying stock sizes within patches and stochastic spread between patches. The objective of this study is to demonstrate the added value from this more detailed modelling approach. This is achieved in the context of coastal and riparian systems, which can be accurately modelled one-dimensional landscape, i.e., a series of patches connected in a line. The model allows for two types of intervention, namely (1) partial or complete removal of the population in within any patch; and (2) containment to reduce spread between patches. We analyse the general properties of the model using a two-patch setup to determine how the optimal policy depends on both the location and size of the invasion in patches. We find that allowing for varying stock sizes within patches facilitates optimal timing of the application of containment. We also identify two novel optimal policies: the combination of containment and removal to stop spread between patches and the application of up to four distinct policies for a single patch depending on the size of the invasion in that patch.