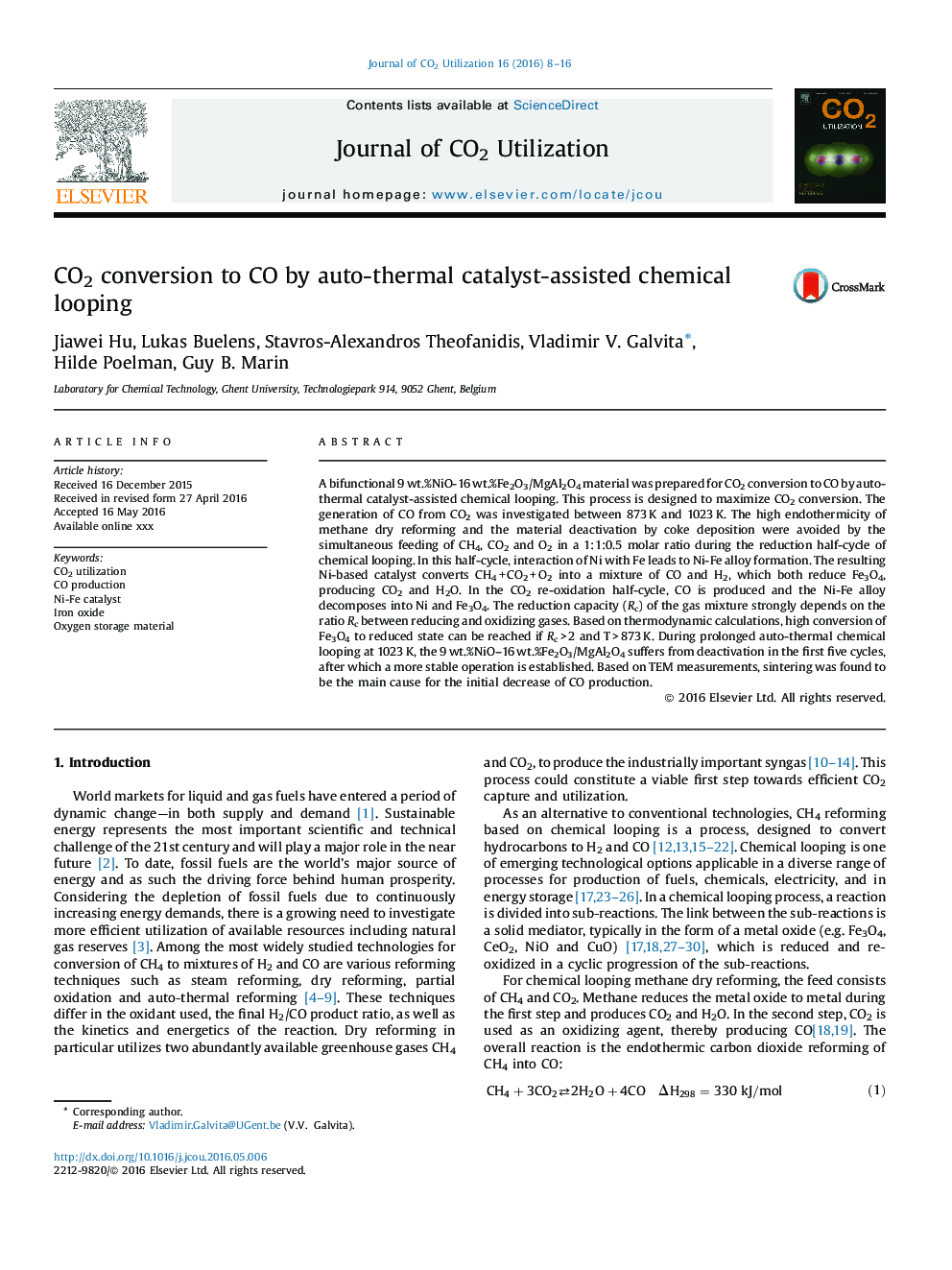 A bifunctional 9 wt.%NiO-16 wt.%Fe2O3/MgAl2O4 material was prepared for CO2 conversion to CO by auto-thermal catalyst-assisted chemical looping. This process is designed to maximize CO2 conversion. The generation of CO from CO2 was investigated between 873 K and 1023 K. The high endothermicity of methane dry reforming and the material deactivation by coke deposition were avoided by the simultaneous feeding of CH4, CO2 and O2 in a 1:1:0.5 molar ratio during the reduction half-cycle of chemical looping. In this half-cycle, interaction of Ni with Fe leads to Ni-Fe alloy formation. The resulting Ni-based catalyst converts CH4 + CO2 + O2 into a mixture of CO and H2, which both reduce Fe3O4, producing CO2 and H2O. In the CO2 re-oxidation half-cycle, CO is produced and the Ni-Fe alloy decomposes into Ni and Fe3O4. The reduction capacity (Rc) of the gas mixture strongly depends on the ratio Rc between reducing and oxidizing gases. Based on thermodynamic calculations, high conversion of Fe3O4 to reduced state can be reached if Rc > 2 and T > 873 K. During prolonged auto-thermal chemical looping at 1023 K, the 9 wt.%NiO–16 wt.%Fe2O3/MgAl2O4 suffers from deactivation in the first five cycles, after which a more stable operation is established. Based on TEM measurements, sintering was found to be the main cause for the initial decrease of CO production.