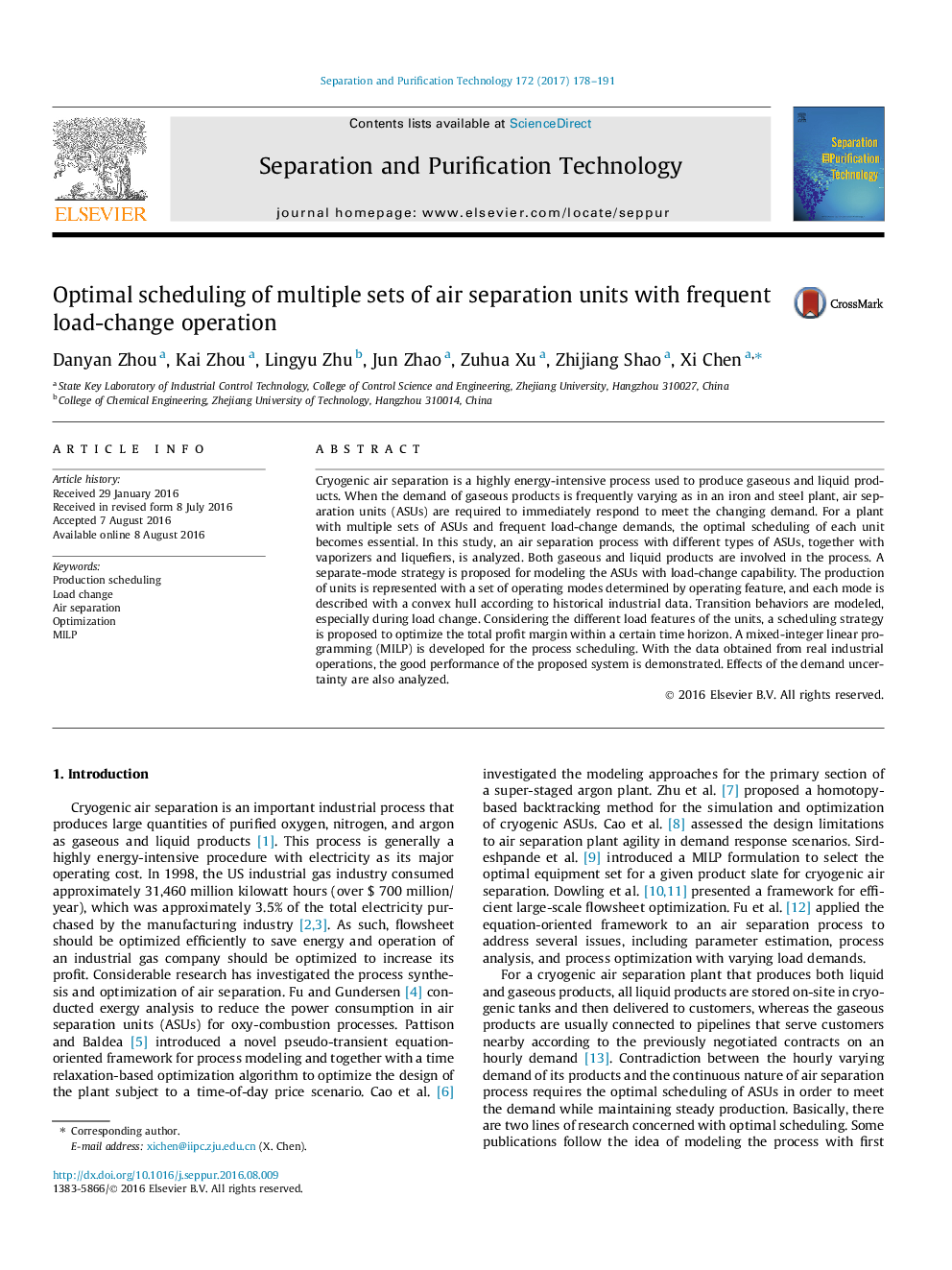 • Optimal scheduling system for multiple sets of ASUs with frequent load-change operation is developed.
• A separate-mode strategy is proposed to model the ASUs with load-change operations for scheduling.
• MILP model is developed based on industrial data to describe the different operating modes of units.
• Demand uncertainty is conducted for the reliability analysis.

Cryogenic air separation is a highly energy-intensive process used to produce gaseous and liquid products. When the demand of gaseous products is frequently varying as in an iron and steel plant, air separation units (ASUs) are required to immediately respond to meet the changing demand. For a plant with multiple sets of ASUs and frequent load-change demands, the optimal scheduling of each unit becomes essential. In this study, an air separation process with different types of ASUs, together with vaporizers and liquefiers, is analyzed. Both gaseous and liquid products are involved in the process. A separate-mode strategy is proposed for modeling the ASUs with load-change capability. The production of units is represented with a set of operating modes determined by operating feature, and each mode is described with a convex hull according to historical industrial data. Transition behaviors are modeled, especially during load change. Considering the different load features of the units, a scheduling strategy is proposed to optimize the total profit margin within a certain time horizon. A mixed-integer linear programming (MILP) is developed for the process scheduling. With the data obtained from real industrial operations, the good performance of the proposed system is demonstrated. Effects of the demand uncertainty are also analyzed.