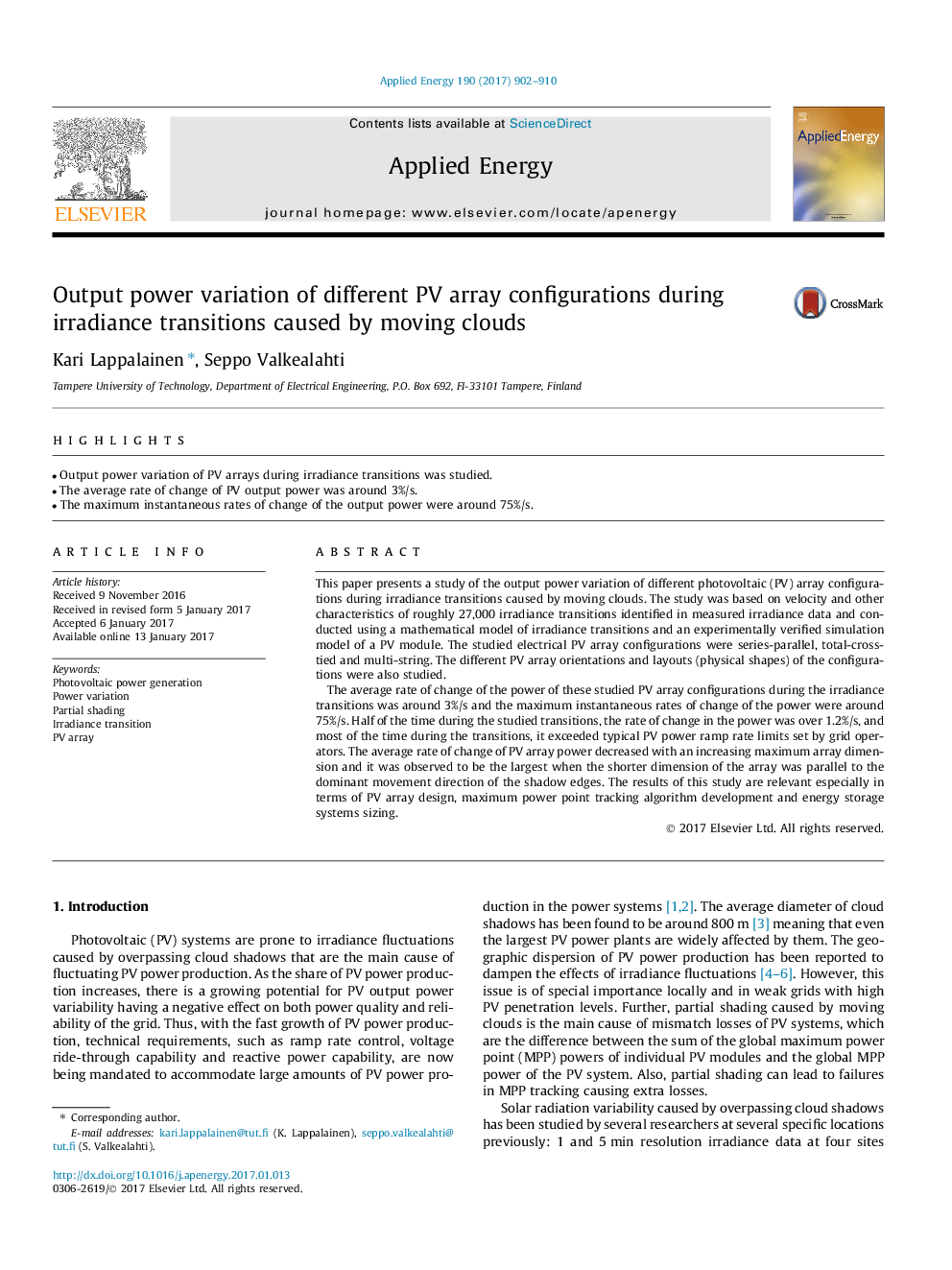 This paper presents a study of the output power variation of different photovoltaic (PV) array configurations during irradiance transitions caused by moving clouds. The study was based on velocity and other characteristics of roughly 27,000 irradiance transitions identified in measured irradiance data and conducted using a mathematical model of irradiance transitions and an experimentally verified simulation model of a PV module. The studied electrical PV array configurations were series-parallel, total-cross-tied and multi-string. The different PV array orientations and layouts (physical shapes) of the configurations were also studied.The average rate of change of the power of these studied PV array configurations during the irradiance transitions was around 3%/s and the maximum instantaneous rates of change of the power were around 75%/s. Half of the time during the studied transitions, the rate of change in the power was over 1.2%/s, and most of the time during the transitions, it exceeded typical PV power ramp rate limits set by grid operators. The average rate of change of PV array power decreased with an increasing maximum array dimension and it was observed to be the largest when the shorter dimension of the array was parallel to the dominant movement direction of the shadow edges. The results of this study are relevant especially in terms of PV array design, maximum power point tracking algorithm development and energy storage systems sizing.