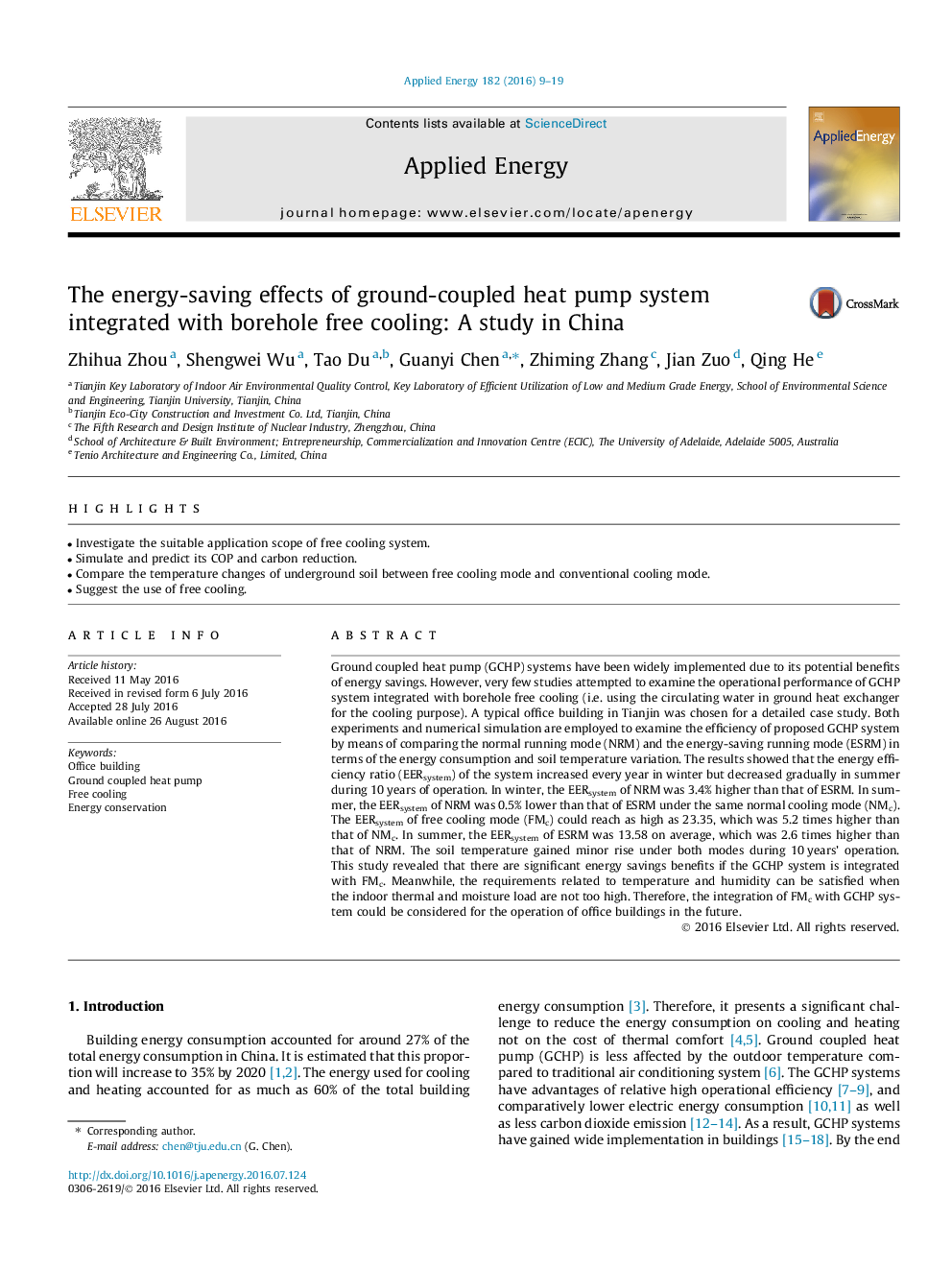 Ground coupled heat pump (GCHP) systems have been widely implemented due to its potential benefits of energy savings. However, very few studies attempted to examine the operational performance of GCHP system integrated with borehole free cooling (i.e. using the circulating water in ground heat exchanger for the cooling purpose). A typical office building in Tianjin was chosen for a detailed case study. Both experiments and numerical simulation are employed to examine the efficiency of proposed GCHP system by means of comparing the normal running mode (NRM) and the energy-saving running mode (ESRM) in terms of the energy consumption and soil temperature variation. The results showed that the energy efficiency ratio (EERsystem) of the system increased every year in winter but decreased gradually in summer during 10Â years of operation. In winter, the EERsystem of NRM was 3.4% higher than that of ESRM. In summer, the EERsystem of NRM was 0.5% lower than that of ESRM under the same normal cooling mode (NMc). The EERsystem of free cooling mode (FMc) could reach as high as 23.35, which was 5.2 times higher than that of NMc. In summer, the EERsystem of ESRM was 13.58 on average, which was 2.6 times higher than that of NRM. The soil temperature gained minor rise under both modes during 10Â years' operation. This study revealed that there are significant energy savings benefits if the GCHP system is integrated with FMc. Meanwhile, the requirements related to temperature and humidity can be satisfied when the indoor thermal and moisture load are not too high. Therefore, the integration of FMc with GCHP system could be considered for the operation of office buildings in the future.