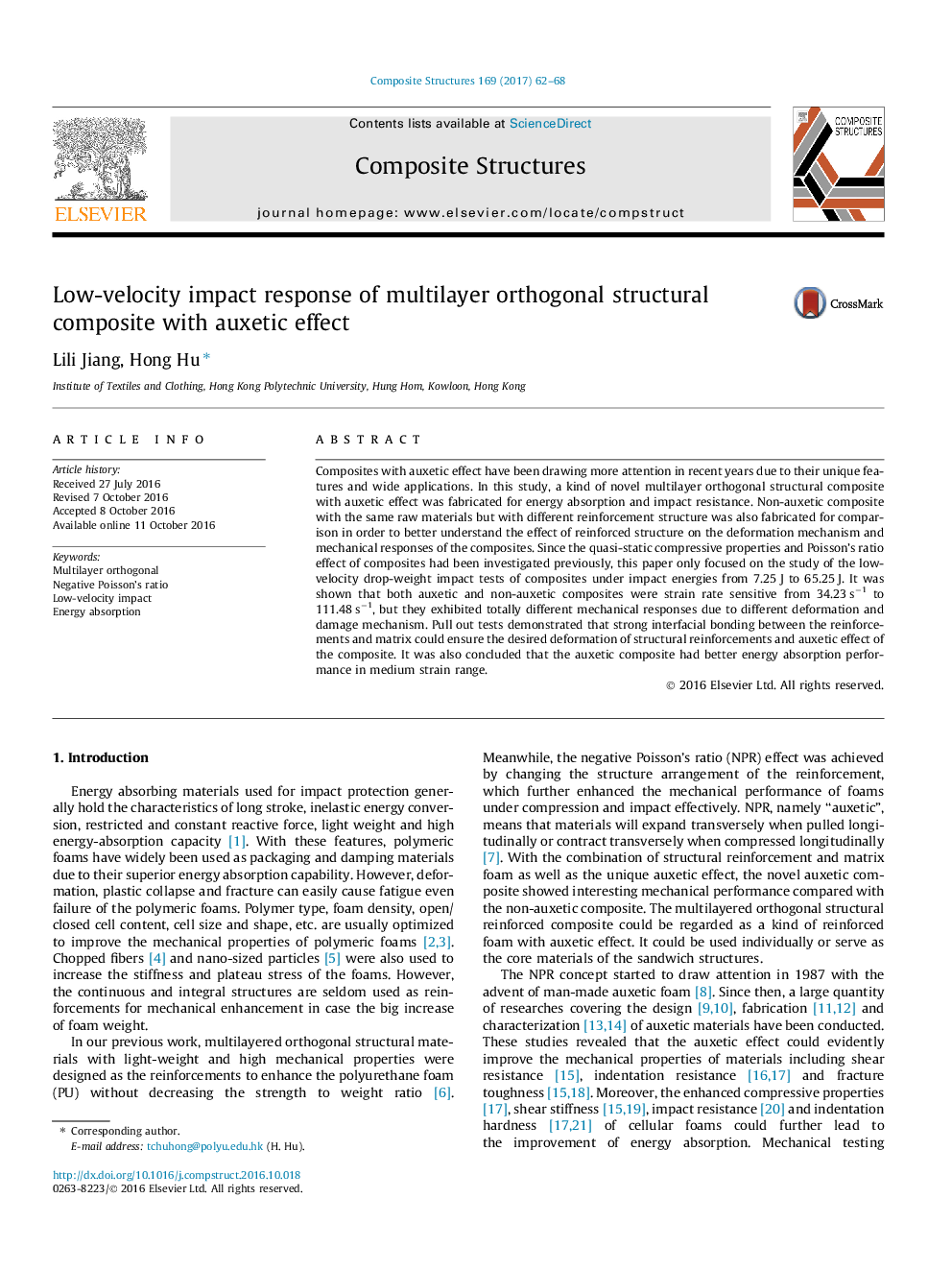 Composites with auxetic effect have been drawing more attention in recent years due to their unique features and wide applications. In this study, a kind of novel multilayer orthogonal structural composite with auxetic effect was fabricated for energy absorption and impact resistance. Non-auxetic composite with the same raw materials but with different reinforcement structure was also fabricated for comparison in order to better understand the effect of reinforced structure on the deformation mechanism and mechanical responses of the composites. Since the quasi-static compressive properties and Poisson's ratio effect of composites had been investigated previously, this paper only focused on the study of the low-velocity drop-weight impact tests of composites under impact energies from 7.25Â J to 65.25Â J. It was shown that both auxetic and non-auxetic composites were strain rate sensitive from 34.23Â sâ1 to 111.48Â sâ1, but they exhibited totally different mechanical responses due to different deformation and damage mechanism. Pull out tests demonstrated that strong interfacial bonding between the reinforcements and matrix could ensure the desired deformation of structural reinforcements and auxetic effect of the composite. It was also concluded that the auxetic composite had better energy absorption performance in medium strain range.