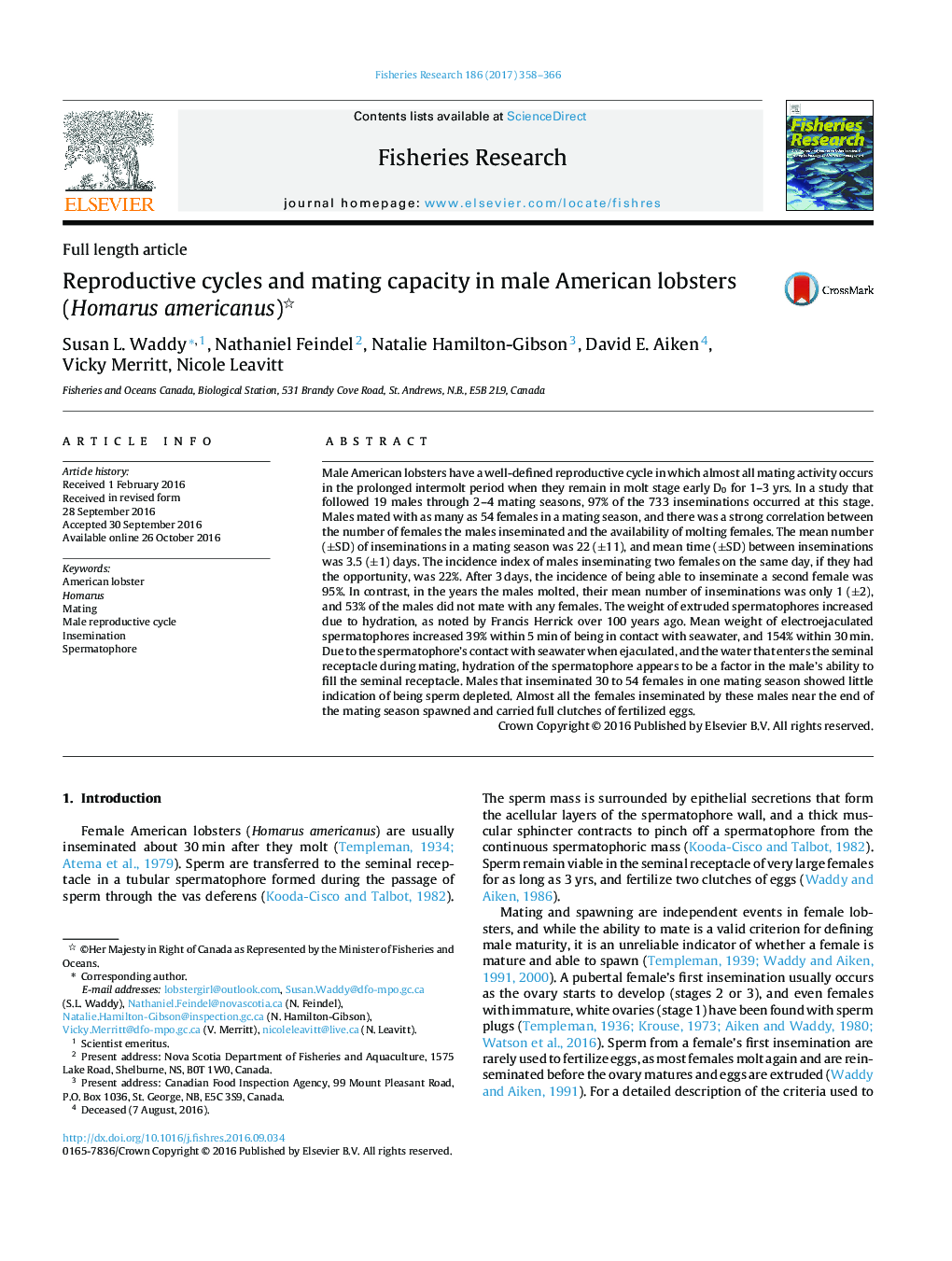 - Reproduction in male American lobsters is cyclic.
- Almost all inseminations occur in molt stage early D0 (seteogenic stages 1.0-1.5).
- Males can inseminate as many as 54 females in one mating season.
- Hydration causes a rapid increase in the weight of extruded spermatophores.

Male American lobsters have a well-defined reproductive cycle in which almost all mating activity occurs in the prolonged intermolt period when they remain in molt stage early D0 for 1-3 yrs. In a study that followed 19 males through 2-4 mating seasons, 97% of the 733 inseminations occurred at this stage. Males mated with as many as 54 females in a mating season, and there was a strong correlation between the number of females the males inseminated and the availability of molting females. The mean number (Â±SD) of inseminations in a mating season was 22 (Â±11), and mean time (Â±SD) between inseminations was 3.5 (Â±1) days. The incidence index of males inseminating two females on the same day, if they had the opportunity, was 22%. After 3Â days, the incidence of being able to inseminate a second female was 95%. In contrast, in the years the males molted, their mean number of inseminations was only 1 (Â±2), and 53% of the males did not mate with any females. The weight of extruded spermatophores increased due to hydration, as noted by Francis Herrick over 100 years ago. Mean weight of electroejaculated spermatophores increased 39% within 5Â min of being in contact with seawater, and 154% within 30Â min. Due to the spermatophore's contact with seawater when ejaculated, and the water that enters the seminal receptacle during mating, hydration of the spermatophore appears to be a factor in the male's ability to fill the seminal receptacle. Males that inseminated 30 to 54 females in one mating season showed little indication of being sperm depleted. Almost all the females inseminated by these males near the end of the mating season spawned and carried full clutches of fertilized eggs.